Early start in the morning and the boys went off to reach the Border between Mexico  and Guatemala at a town called EL Ceiba.

The border can easily be reached by all-paved highways beginning with Mex 186 east from Villahermosa then exit onto Mex 302 through Emiliano Zapata and Tenosique.

This roads leads through various small villages and cattle ranches with the mountain range separating Guatemala and Mexico very visible on the horizon.

Very friendly border officials on bothe sides of the border made it easy for the boys to cross countries:

So here they are – Team Lipstick is now in Guatemala – heading down to Puerto Barrios which would be close to the Honduras border. 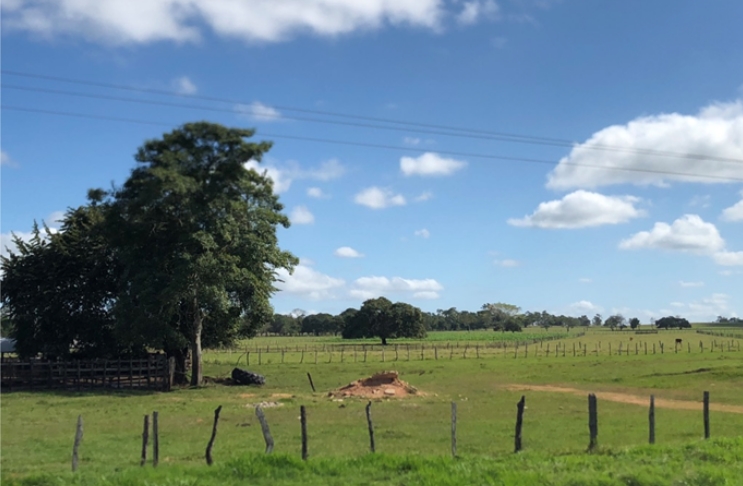 Gone were the nice highways of Mexico and the boys had to drive on windy roads through the hills of Guatemala:

Guatemala  officially the Republic of Guatemala, is a country in Central America bordered by Mexico to the north and west, the Pacific Ocean to the southwest, Belize to the northeast, the Caribbean to the east, Honduras to the east and El Salvador to the southeast. With an estimated population of around 16.6 million, it is the most populated state in Central America. The country is about 450km from East to West and South to North.

The territory of modern Guatemala once formed the core of the Maya civilization, which extended across Mesoamerica. Most of the country was conquered by the Spanish in the 16th century, becoming part of the viceroyalty of New Spain. Guatemala attained independence in 1821 as part of the Federal Republic of Central America, which dissolved in 1841.

From the mid to late 19th century, Guatemala experienced chronic instability and civil strife. Beginning in the early 20th century, it was ruled by a series of dictators backed by the United Fruit Company and the United States government A U.S.-backed military coup in 1954 ended the revolution and installed a dictatorship.

From 1960 to 1996, Guatemala endured a bloody civil war fought between the US-backed government and leftist rebels, including genocidal massacres of the Maya population perpetrated by the military. Since a United Nations-negotiated peace accord, Guatemala has witnessed both economic growth and successful democratic elections, though it continues to struggle with high rates of poverty, crime, drug trade, and instability.

The country gives a much poorer impression than Mexico and most civilisation seems to be alongside the roads with houses on both sides and jungle like vegetation behind them.

Traffic became more and more dense as the boys were approaching Puerto Barrios with hundreds of trucks carting goods from and to this major harbour in Guatemala.

Puerto Barrios is a city in Guatemala, located within the Gulf of Honduras. The bay in which the harbour is located is called Bahia de Amatique.

The city’s population is a mix of mostly Afro-Guatemalans, Maya, Afro-Caribbean (such as Afro-Jamaicans), and other West Indian groups. Its heyday was in the latter 19th and early 20th centuries, following the construction of a railroad connecting large banana and coffee plantations with the shipping docks, all controlled by the International Railways of Central America and The Great White Fleet, both owned by the United Fruit Company.

It was after sunset when Team Lipstick arrived at a resort which somehow was beyond its expiry date and besides the boys there were a dozen of Danish tourists as the sole guests in this facility right on the beach.