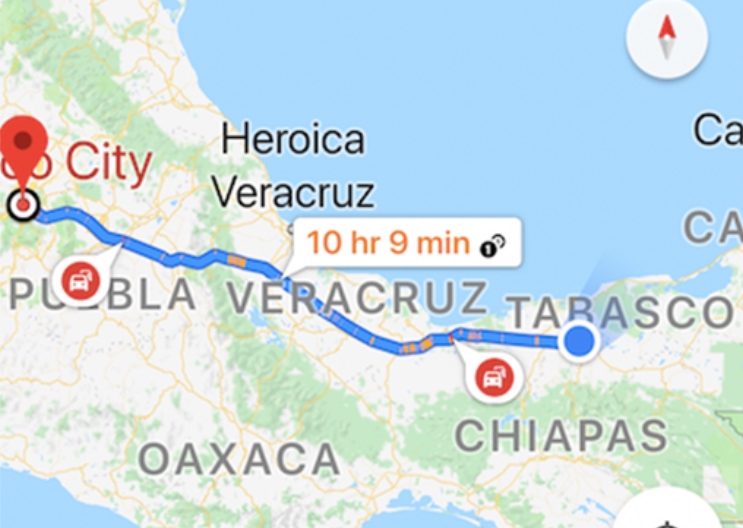 Before hitting the road to Villahermosa the boys went to a Toyota garage in Mexico City to see whether they could assist in replacing the ignition switch in Lipstick. Unfortunately they were told that such a part is not ready available and that it would take 4 Days for it to arrive but thumbs up were given for the way the boys bypassed the ignition switch and that this would see them through to Columbia where Toyota apparently has a main centre for Southern America.

So off again on the roads leading passed Veracruz in the province of Tabasco and soon the Team realised that they were running out of Pesos so a quick detour off from the highway and into a little town where a ATM was found and the Pesos could be acquired.

More and more green farming could now be seen along the road making a huge difference to the harsh landscapes of Northern Mexico.

Villahermosa is the capital and largest city of the Mexicanstate of Tabasco, and the municipal seat of the Centromunicipality. Villahermosa reported a population of 658,524 in the 2005 census, whereas its Centro municipality had 558,524 inhabitants. The city is 863 kilometres from Mexico City.

It is the main city of the state of Tabasco and is home to the state’s largest population. The city is an important business center for the Mexican oil industry. Villahermosa is a modern city rich in natural resources, in terms of both agriculture and farming.