Osh is very near the Uzbekistan border so team Lipstick thought t would be plain sailing today .

The first approach was made to a tiny office with a money exchanger in order to exchange some Kyrkistan Soms into UzbekistandSoms.

The KyristanSoms represented a value of some 2000,– Rand and after exchanging them into Uzbekistan Soms the boys where in possession of a huge amount of paper.. 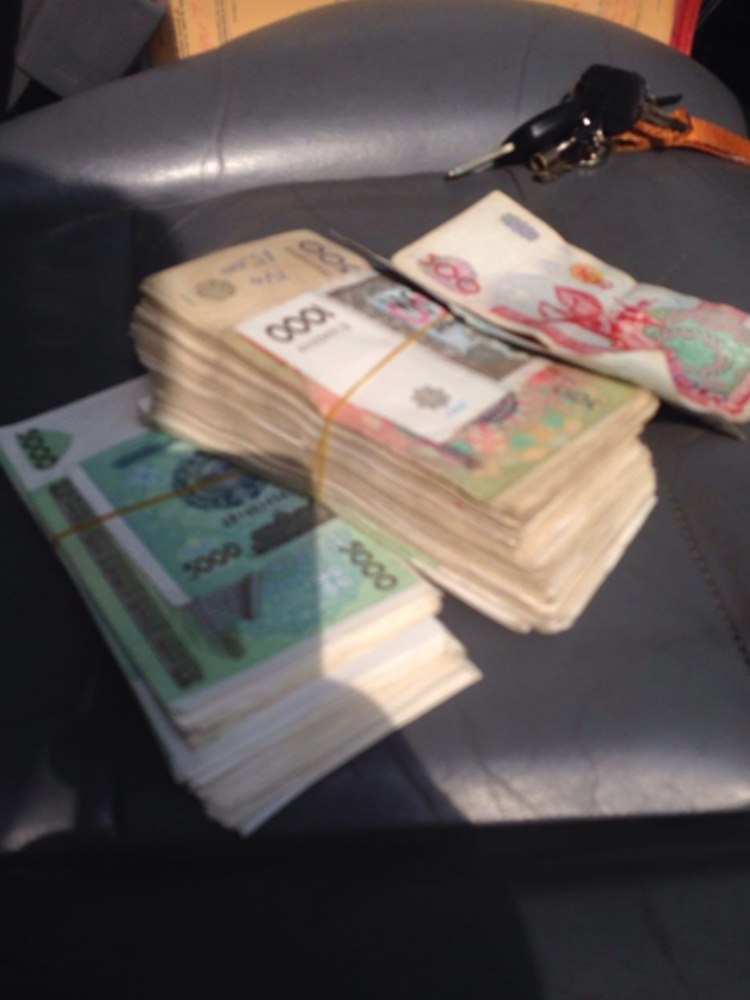 Everyone is a millionaire in Uzbekistan – the Russian version of Zimbabwe….
The exit from Kyrkistan was relatively painless and took not more than 45 minutes of passport control and customs procedures for Lipstick.

But the came Uzbekistan…

1. They all speak Russian but fortunately a young custom official could speak a bit of English.
2. Go to passport control
3. Remove your car back so that the car can drive through a disinfection tank
4. Go to customs office number 2 and produce all papers for the car that you can think off
5. Pay a carbon ecological fee of some sort because your car has an exhaust
6. Tell them how much horsepower your car has.
7. Fill out a form and declare every last bit of foreign exchange that you have
8. Take out all electronics such as iphone and Laptop nd proceed to the IT division of the customs department
9. Give them your password so that they can look at each single picture you took in the last decade.
10. Go back to car and take every single luggage out and open it up for them to see what you carry with.
11. Explain in great detail what a cholesterol pill and a blood pressure pill has not in common with drugs or narcotics.
12. No fill out a form and declare foreign exchange , all electronics you have on board and be warned to produce this list on exit of Uzbekistan – so do not sell or loose anything listed.
13. Now unpack the roofbox and explain why you need so much camping equipment and where do you intend to camp.
14. Explain why you have 2 jerry cans full of petrol when your car can take 150 litres – do you want to sell Diesel in Uzbekistan?
15. Why do you have a german passport when your visa for Ubekistan was issued in South Africa
It was a nerve wrecking game requiring the maximum amount of patience and keeping a smile on the face to show that you have all the time in the world and be far from being agonised….

“All well Misteeer but you also need Insurance for motor car from Insurance company in Uzbekistan.

“In next town Misteer – you will see sign on house”

“Yes Misteeer can I have a Red Bull for preeseent”

A Chinese version of the drink that gives you wings was handed over and finally after a 3.5 hour spell team Lipstick hit the road to Toshkent in Uzbekistan.

Shortly after the border of course all cell phone communication stopped being out of range with the Kyrkistan sim cards.

After 3 attempts with little shops which advertised some sort of cell phone facilities ( pay as you go top up onley) eventually the boys found a shop selling Uzbekistan sim cards.

Have you ever tried to request a new sim card with data facilities in from a Russian shop in the rural areas….? Within minutes the shop owners wife , brother and mother and father in law ( with his friends) enjoyed the break up of their daily routine in the shop. 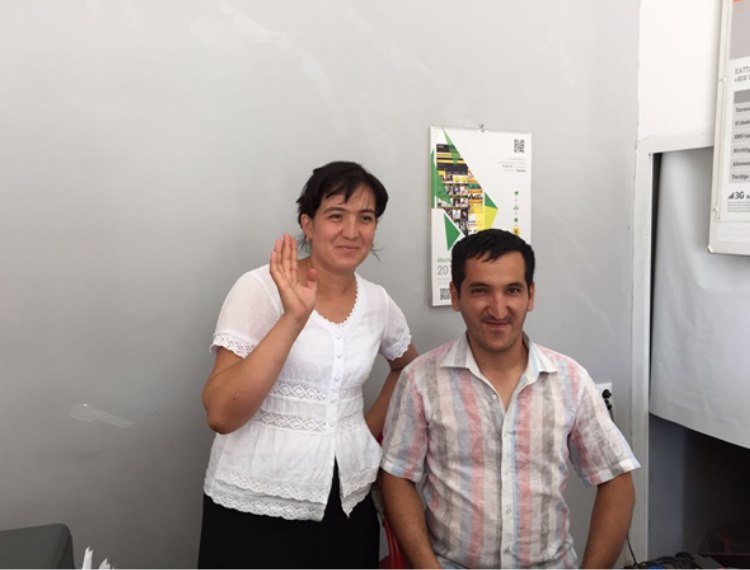 The husband and wife team in their shop selling sim cards…

Eventually the brother had the brilliant idea to phone his friend who can speak English and to whom team Lipstick could explain what is required.

Speak English to the friend over the phone , hand iphone to broter – friend will now tell brother in Russian what is required and brother will tell his sister who is married to the shopowner what to do.

So now the team asked the question where a motor cr insurance could be acquired.

This was too much for the friendly guy who remote translated the conversation by phone and -voila – within minutes he arrived by car at the shop and the boys now had a live translator on their side. 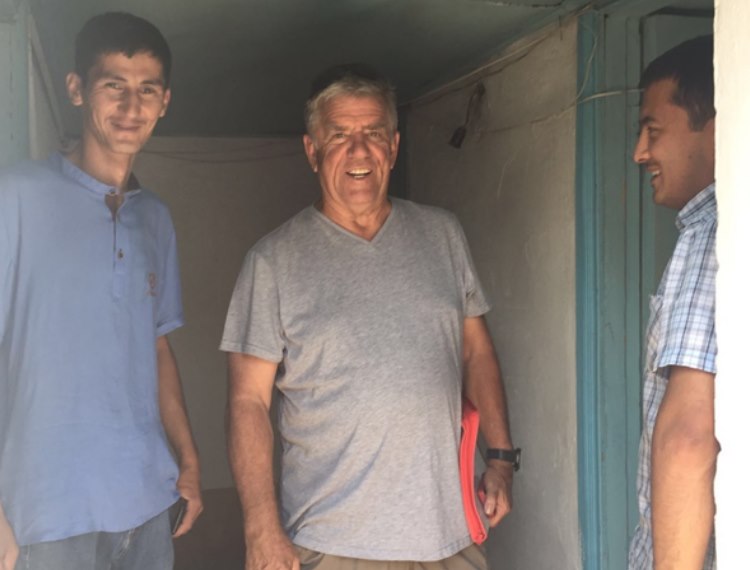 the brother ,Willy and the translator…..

That now was the highlight of the day for the insurance ladies in that office and again all motor car papers had to be produced and within another 40 minutes an insurance certificate was on hand – but unfortunately all papers for the motor car needed to be copied and the insurance broker’s copy machine seemingly did not work in weeks….

Back to the sim card shop and making use of their prehistoric copy machine to produce the copies for the backyard broker…. 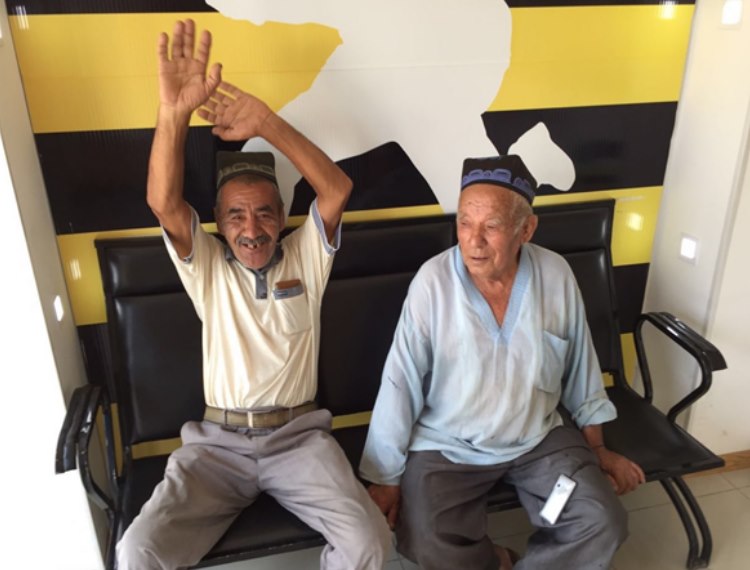 The father and his friend in the sim card shop highly excited about the break up in his daily routine – South Africans wanting to buy something in his daughters shop…. Viva banghoo!

Now on the rod again and off to Tashkent through some winding roads , a huge dam and many small Russian villages along the road. 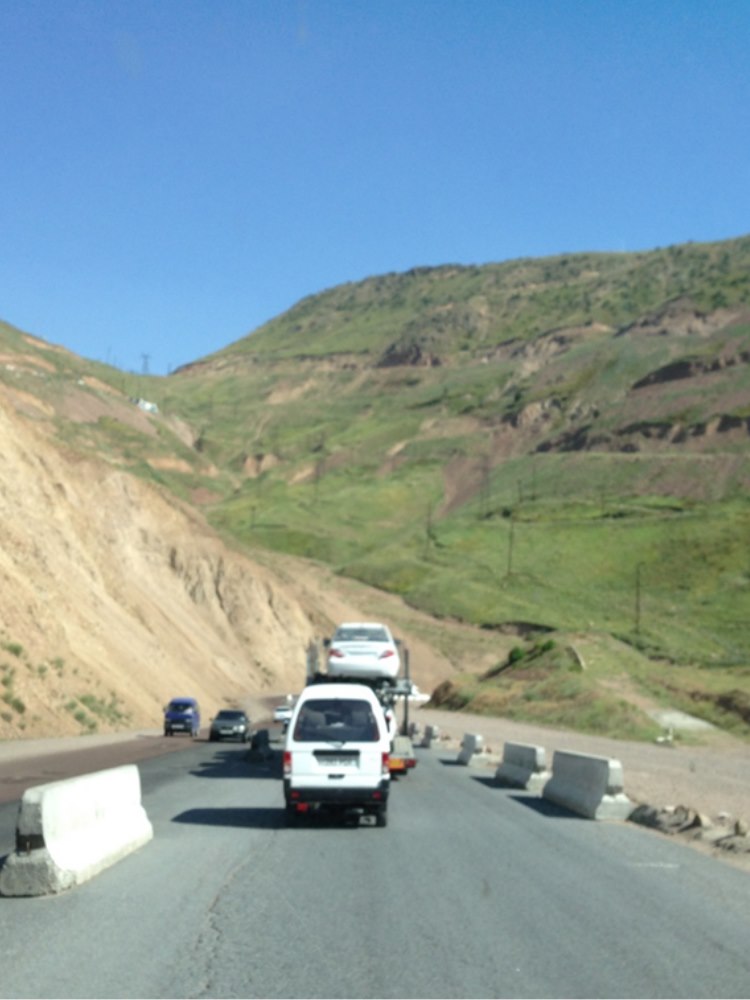 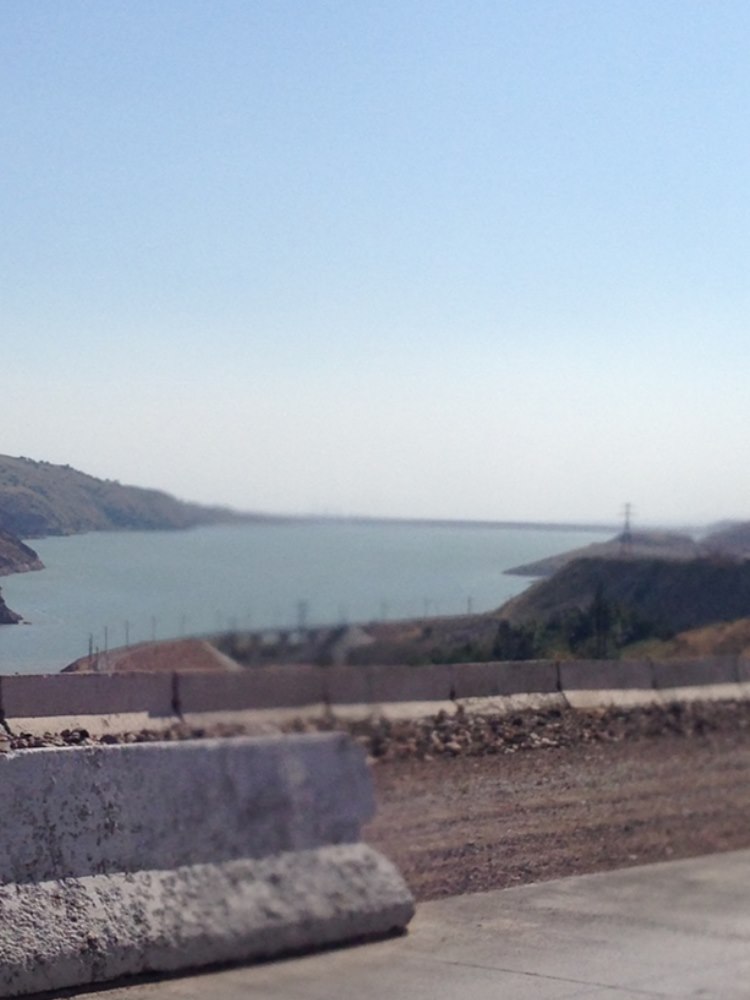 The dam supplying this part of Uzbekistan with water 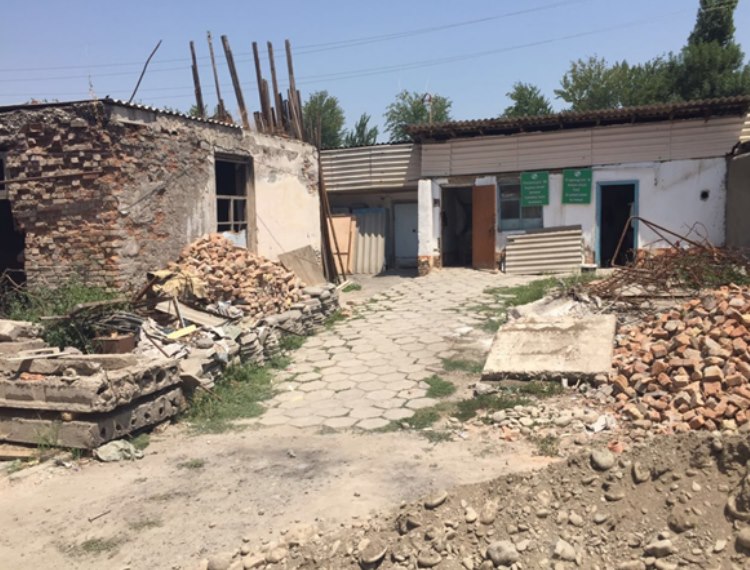 .. some of the houses seen on the side of the road…

Tashkent was reached just before break and a hotel was found with ….AN IRISH PUP!! Viva bangho!