With outside temperatures in the mid forties it was however important to keep the car under 3100 rpms in order not to activate the thermal sensor which would kick out the air conditioner. That meant to stick to a speed between 140 and 150kmh.

The loss of an air conditioner in these hell like surroundings would be the most unwelcomed activity to happen and therefor needed to be watched carefully.

The Desert of Hami is a section of the Gobi Desert in Xinjiang, China, that occupies the space between the Tian Shanmountain system on the north and the Nan-shan Mountains on the south, and is connected on the west with the Desert of Lop. 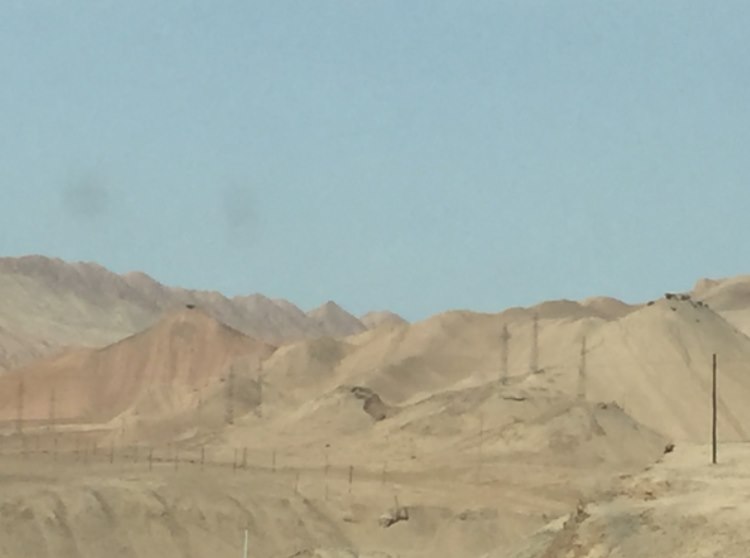 The sky, the rocks and the sands were bordering the route of Lipstick on the way to the next oasis called Turpan

It needs to be mentioned here that the Chinese government put a fantastic road system in place and even through this deserted piece of nowhere land Lipstick could enjoy a double lane road freshly built only a few years ago.

Team Lipstick is convinced that by 2025 China will have the most modern road infrastructure in the world but it is also necessary to mention that these roads all demand a toll as you get onto them out of a town – on an average day the boys would spent some 400 Rand in toll fees but they feel it is worth it and enjoyable specially if compared to the hell rides during their trips up and down through Africa.

One can expect a fuel and rest station every 150 km so the fear of running out of fuel never really comes up but it was close at times….

Every year over 300 tons of raisins are made here. Every single grape is crystal and juicy – some are as green as emerald; some as red as agate, some as small as pearls while others are like olives. Among all these grapes, Wuhebai is reputed as a ‘bright pearl’ with a of  sugar content as much as 20% to 24%. 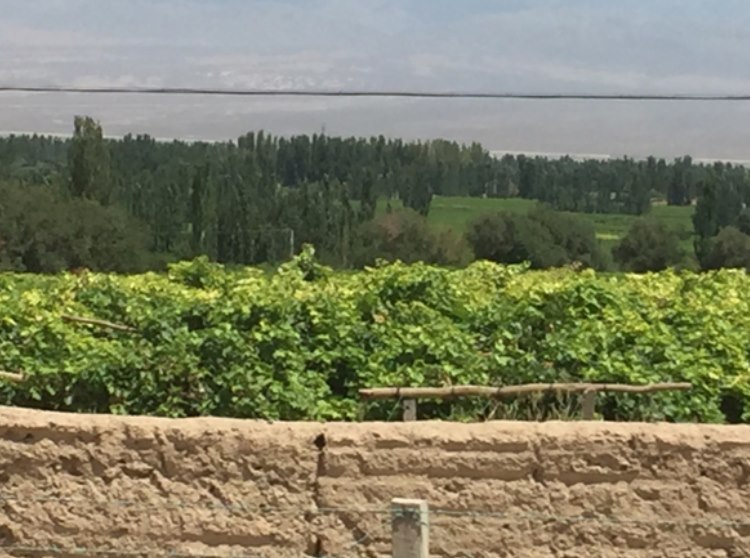 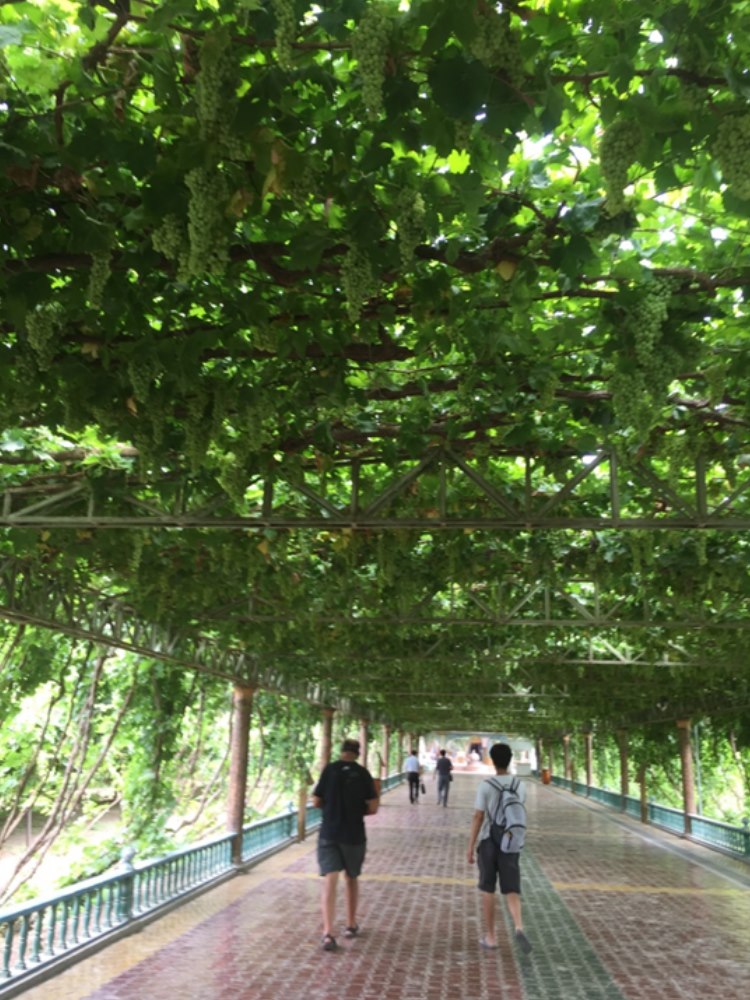 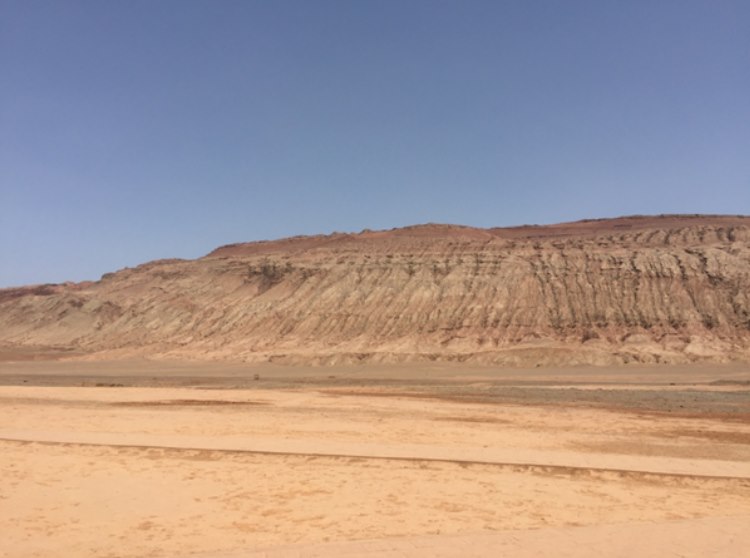 The flaming mountains east of Turpan

Flaming mountains, also called “Red Mountains”, are located in the north of Turpan in China’s northwest Xinjiang Region. It lies 10 km to the east of Turpan city, stretching about 100 km from the east Shanshan County to the west Turpan with a width of 9 km. The average height is 500 meters, while the highest peak is around 831 meters. It is the hottest place in China with the highest temperature around 47.8 °C and surface temperature over 70 °C in summer. Because of the high temperature, eggs can even be roasted at that time and no vegetation exists there.

Arriving in Turpan team Lipstick visited the unique Karez underground water system which the ancient citizens of this region built in order to get the melting snow from the northern mountain range to the Turpan region. As an open channel would cause the water to evaporate before it reaches this oasis they decided to built underground channels.

Turpan’s Karez water system is made up of a horizontal series of vertically dug wells that are then linked by underground water canals to collect water from the watershedsurface runoff from the base of the Tian Shan Mountains and the nearby Flaming Mountains. The canals channel the water to the surface, taking advantage of the current provided by the gravity of the downward slope of the Turpan Depression. The canals are mostly underground to reduce water evaporation. 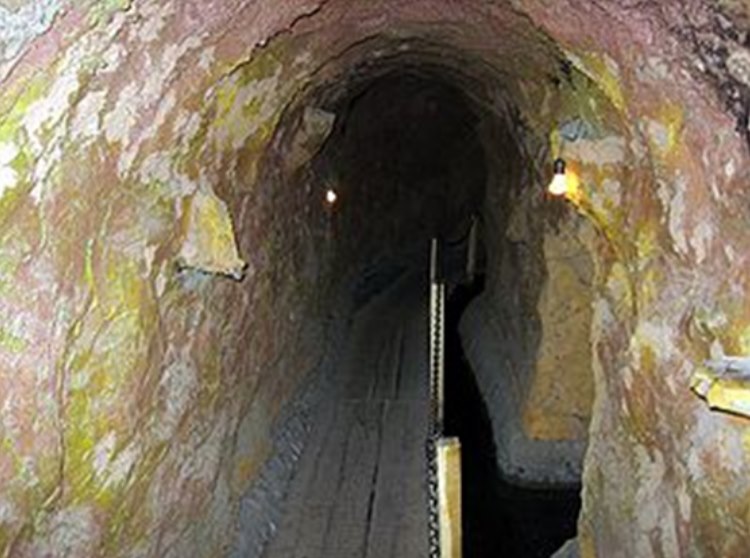 An underground “Karez “water channel transports water from the mountains to the Turpan area. 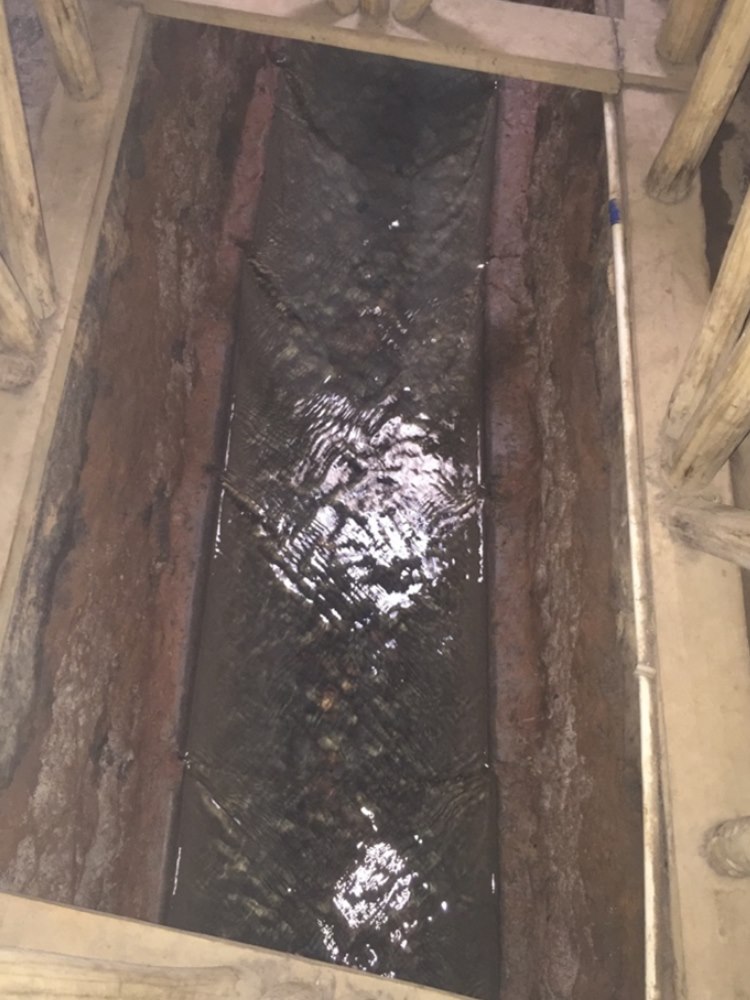 This channel runs at 70l of water per second 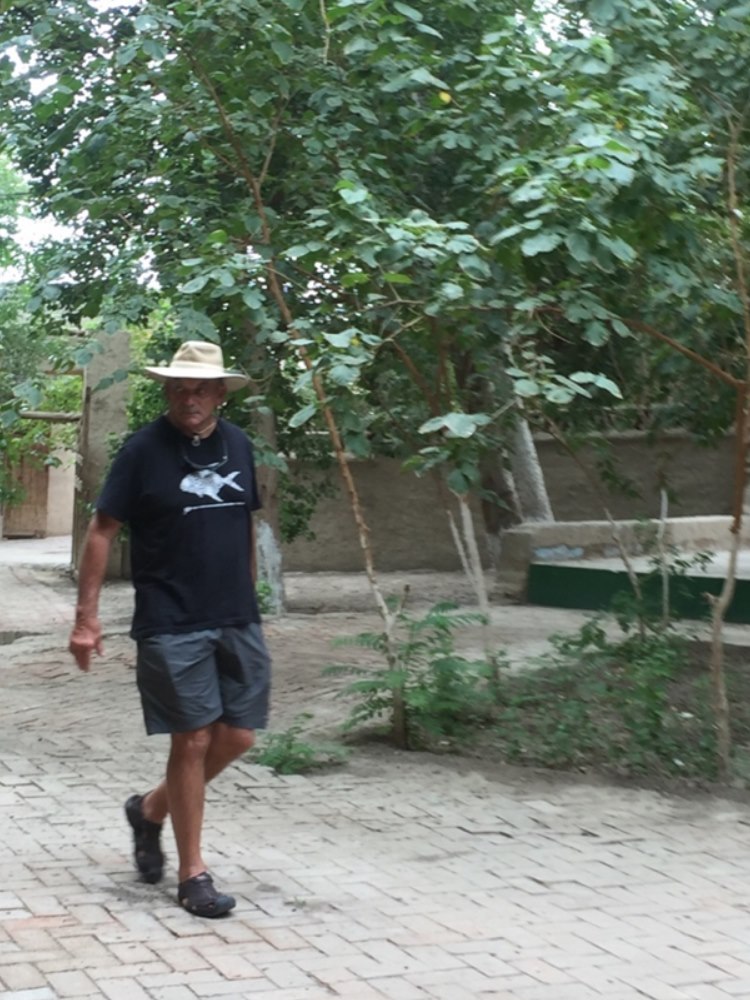 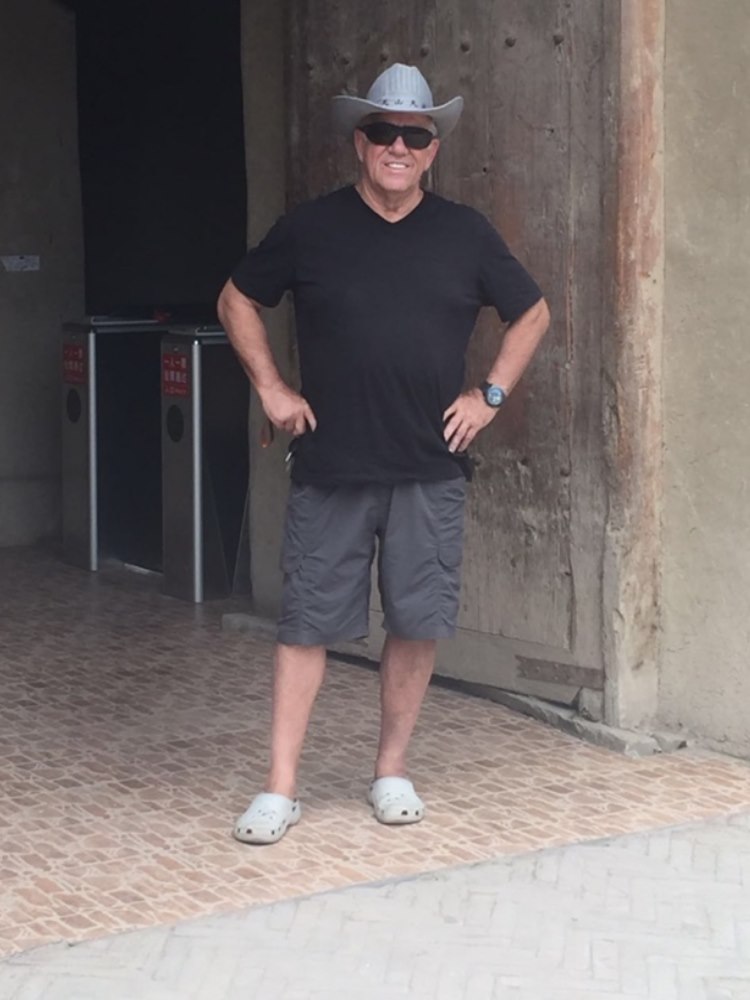 Andre and Willy on the way to inspect the underground water system in Turpan.