Leaving the mega city of Xian meant that the team would now go through some more rural areas and to the Maijishan Grottoes close to Tianshui…
The Maijishan Grottoes, are a series of 194 caves cut in the side of the hill of Majishan in Tianshui, Gansu Province, northwest China.

This example of rock cut architecture contains over 7,200 Buddhist sculptures and over 1,000 square meters of murals. Construction began in the Later Qin era (384-417 CE).

Sometime between 420 and 422 CE, a monk by the name of Tanhung arrived at Maijishan and proceeded to build a small monastic community.

One of the legends is that he had previously been living in Chang’an but had fled to Maijishan when the city was invaded by the Sung army.

Within a few years he was joined by another senior monk, Xuangao, who brought 100 followers to the mountain. Both are recorded in a book entitled Memoirs of Eminent Monks; eventually their community grew to 300 members. Xuangao later moved to the court of the local king where he remained until its conquest by the Northern Wei, when he, together with all the other inhabitants of the court, were forced to migrate and settle in the Wei capital. He died in 444 during a period of Buddhist persecution. Tanhung also left Maijishan during this period and travelled south, to somewhere in Cochin China, when in approximately 455, he burned himself to death.

Here some pictures which can explain the scenario much better than words. 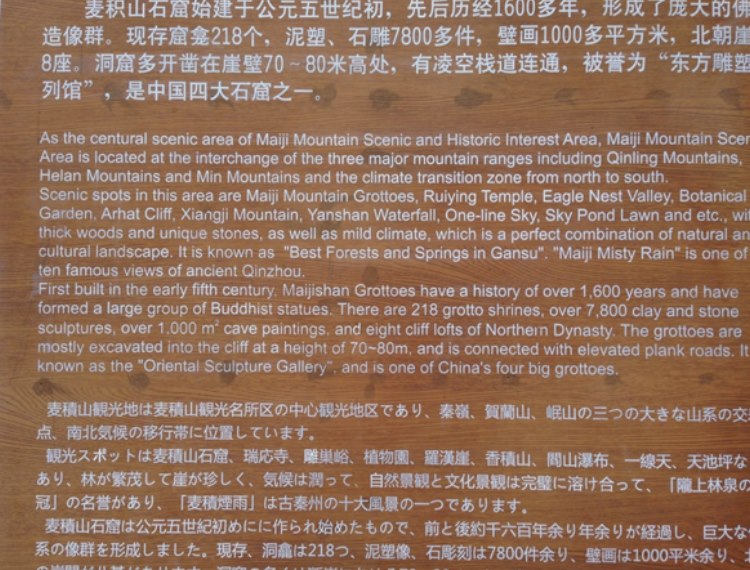 Explanatory plaque found at the bottom of the mountain 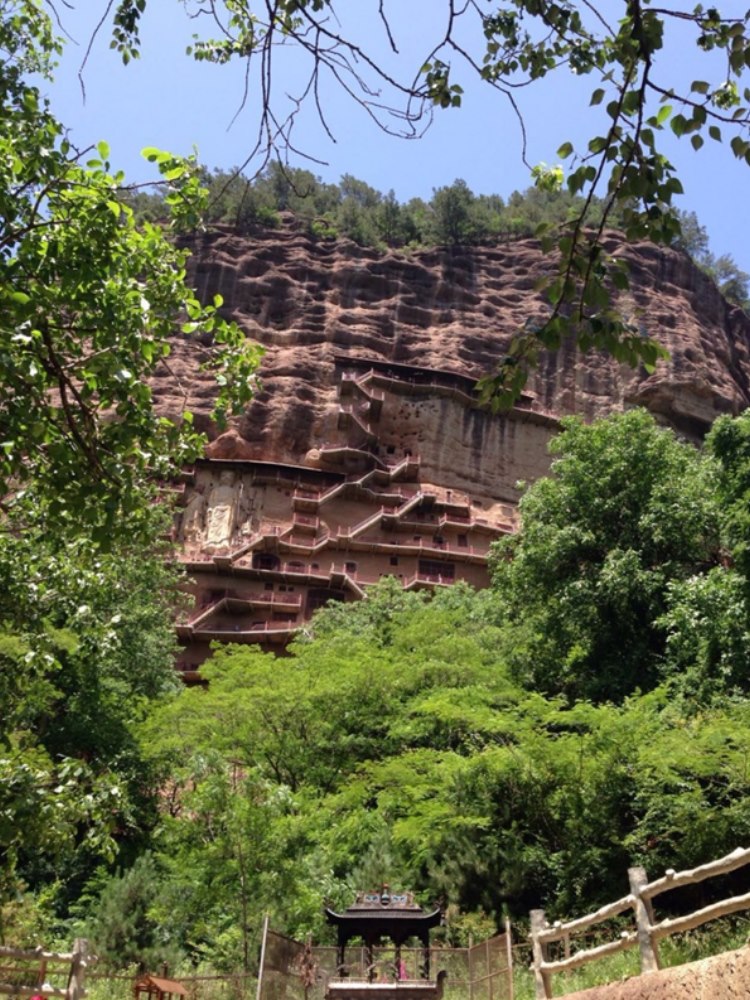 A lot of time must have been spent carving these grottos into the face of the mountain. 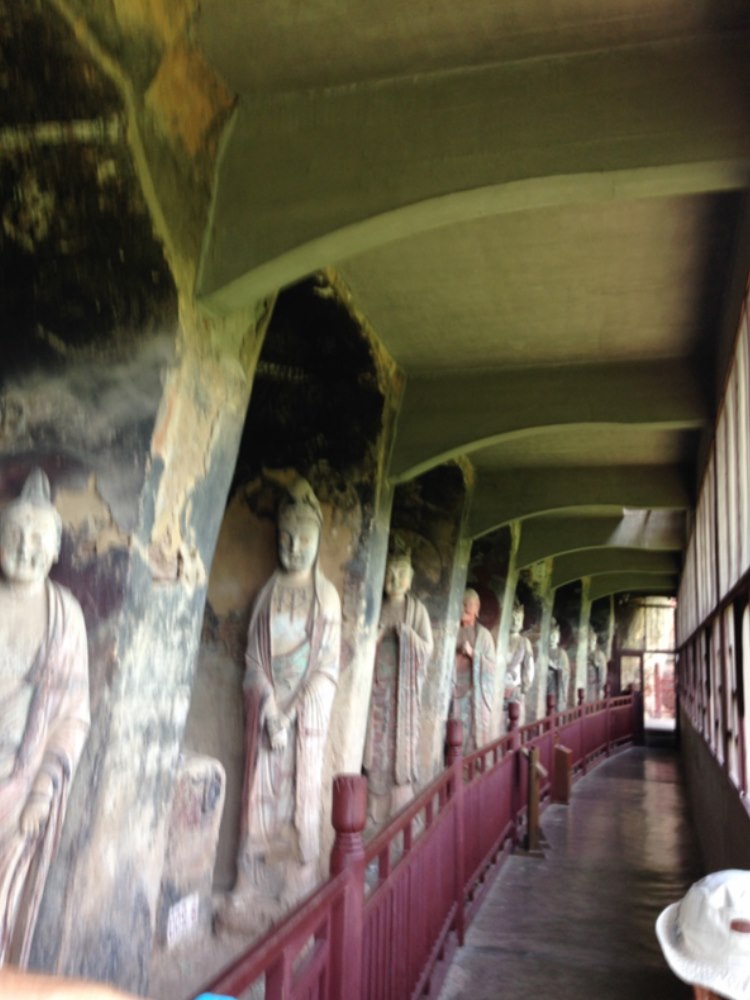 hundreds of sculptures can be seen in the grottos… 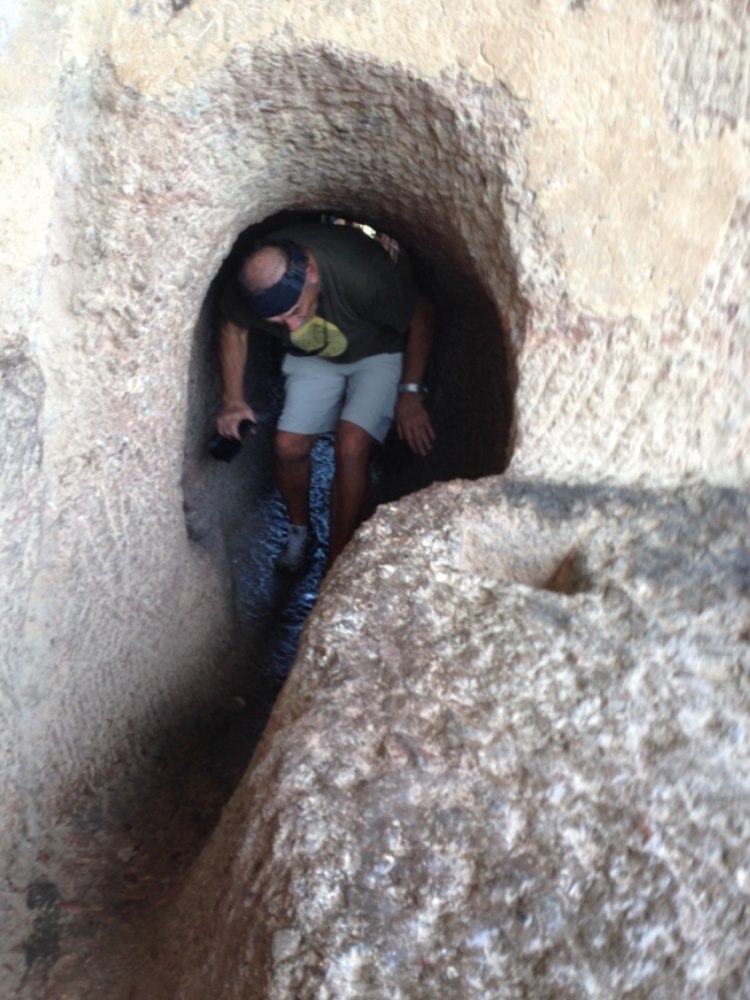 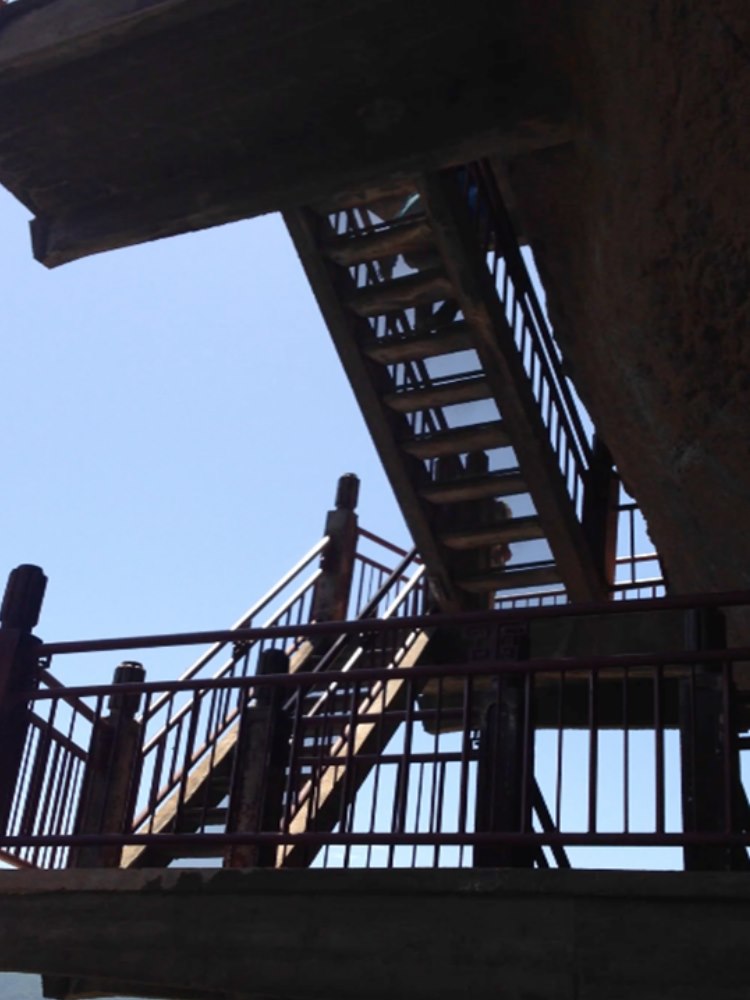 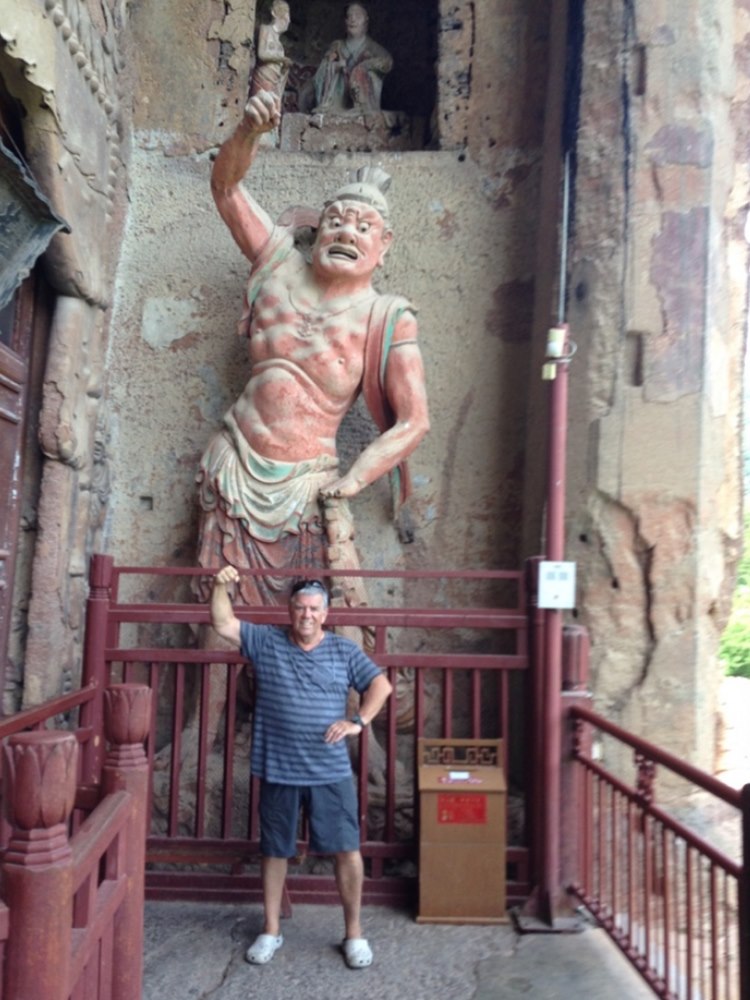 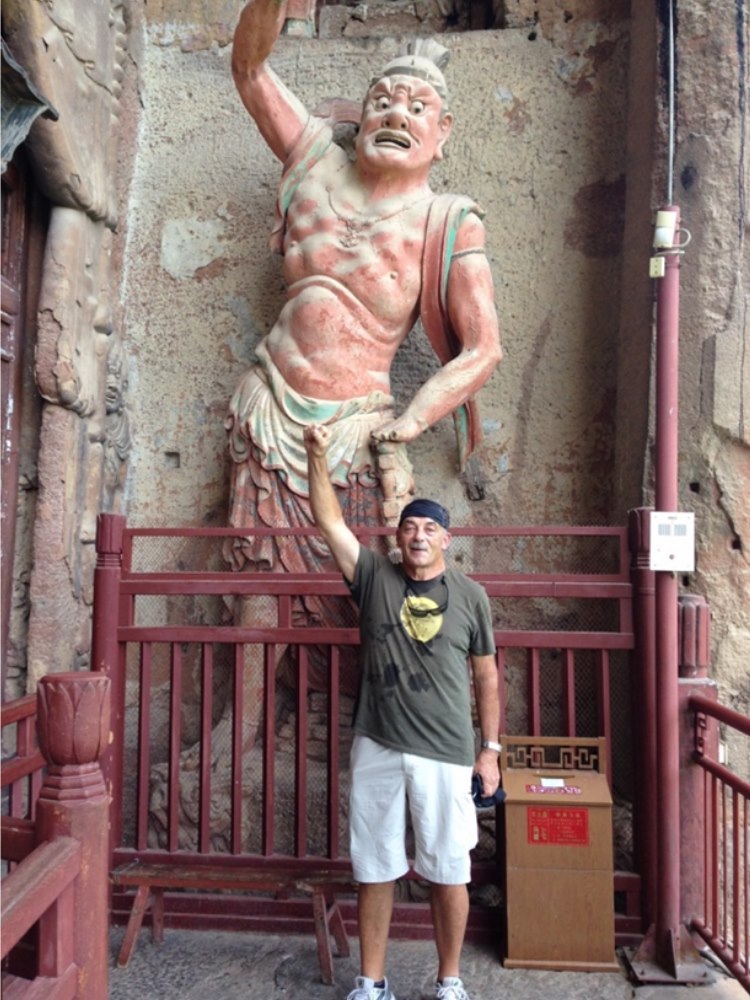 The who is who of Mount Maijishan…

After this sweat creating bit of mountaineering team Lipstick proceeded to
Tianshui where a nice restaurant was found after the idea of getting some take -aways from the street was shelved. 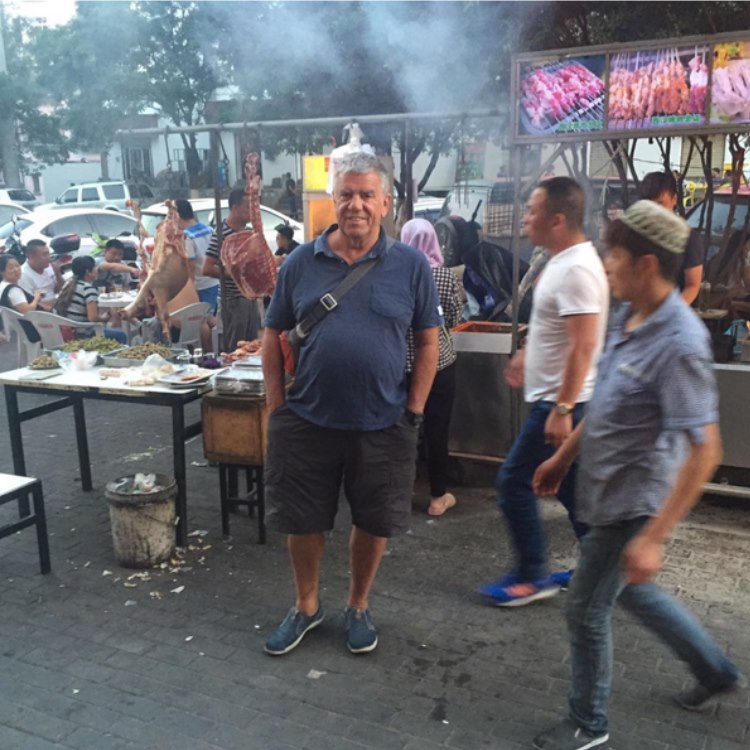