On 8th July both Andre and Willy started their journey from different places on the Globe.
Andre would fly from Dubai ( where he spent a few days with his sons ) to Hongkong whereas Willy would fly in from Frankfurt in Germany.

Due to bad weather Willy’s connecting flight from Stuttgart was cancelled and he was fortunate enough to get onto a later flight which left him very little connecting time for The flight to Hongkong . As it worked out he just made it with only a few minutes to spare.

Bothe Andre and Willy arrived in Hongkong within 5 minutes from each other and met up In the luggage collection area from where they proceeded by Taxi to a Hotel in Hongkong.

As it was late afternoon the 2 decided to explore Nathan Road with its abundance of shops Andre –who is not a keen shopper at all_ enjoyed the malls not because of the variety of goods on offer but due to the fact that they are all airconditioned which gave him reprieve of the humid 35degrees on the streets of Hongkong.

A nice pup was found close to the hotel to conclude the arrival day in Asia and after a good nights rest the team decided the next morning to proceed to the the well known PEAK which is the highest point on Hongkong island.

Normally one would use a tram to go up but because of the public holiday many Chinese people seemed to have the same idea and the queue at the tram’s bottom station seemed to be half a kilometre long. It was therefor decided to rather use a taxi to climb up the mountain and after a 15 minute ride the top was reached. 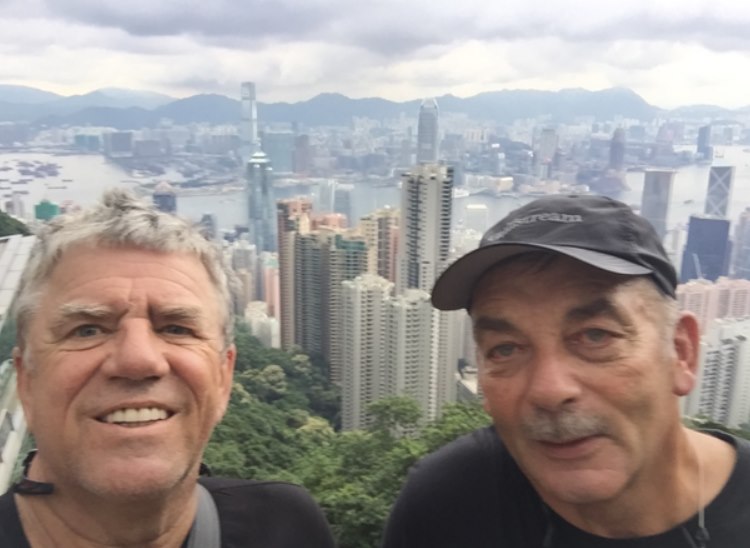 A beautiful view over the harbour and Kowloon presented itself but unfortunately a massive rain storm came down causing the team to retract to one of the many pubs on this mountain peak . A new method of beer drinking was discovered where the beer bottle gets
attached to a glass filled with ice and lemon sorbet- simply DELICIOUS! 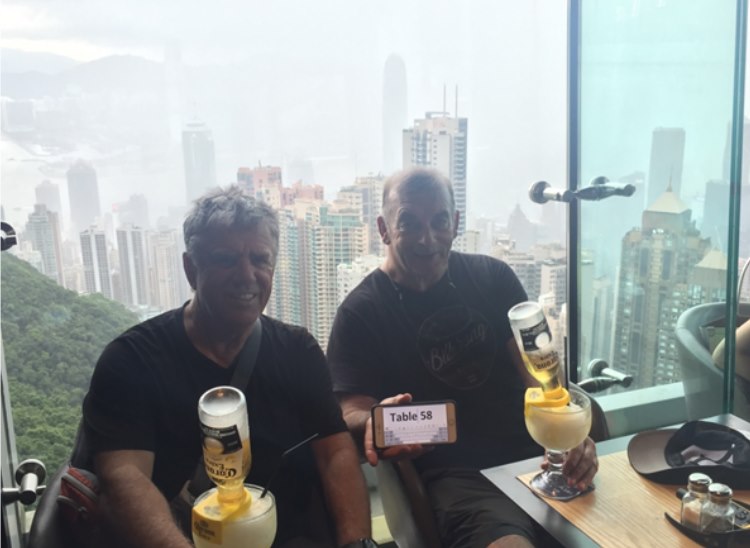 Back down the harbour side of HK island they watched a rowing competition which forms part of the “Boat festival” unfortunately the rain continued and the team entered the star ferry with not a piece of dry clothing on them.

Back to the hotel and after a nap ( both Andre and Willy seem to suffer a bit of jet lag ) and a shower it was back to Nathan road and its many side streets where they walked through the endless markets which offer any copy of famous brands one could think off.

A nice pub was found to conclude the day with a few sundowners and the following morning the team proceeded to the harbour on Hong Kong island where they bordered the Ferry to Shekou in China.Due to more heavy rainfalls the ride was rather rough and the visibility really bad during the 1 hour transfer to China 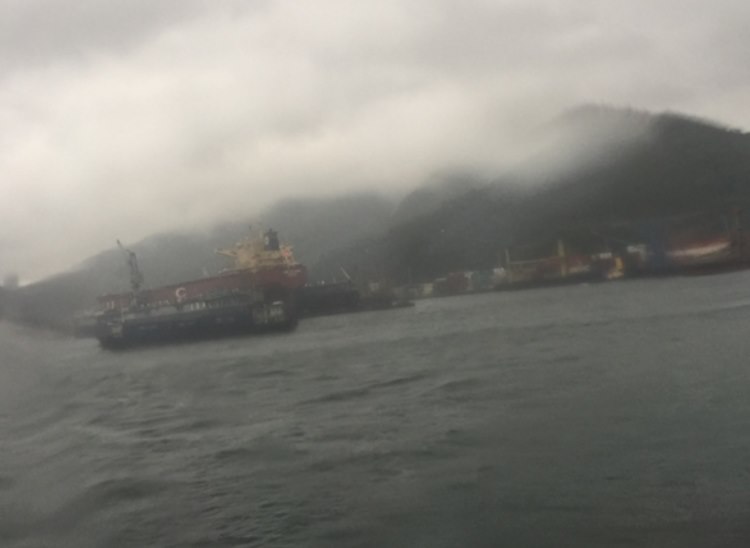 Both the exit formalities from Hongkong and the arrival formalities and passport control in China where amazingly painlessand nothing compared to the experience the team had to endure when they where travelling through Africa.

A nice place to rest was found in Shekou( part of Shenzen ) which was close to the harbour where LIPSTICK was currently undergoing customs procedure and hopefully the car would be released by latest Monday 13 June as per the planned programme.

The hotel is situated in a place called ShekouWaterworld which even features a full size
Cruiser boat parked in the middle of a square surrounded by pubs and shops. 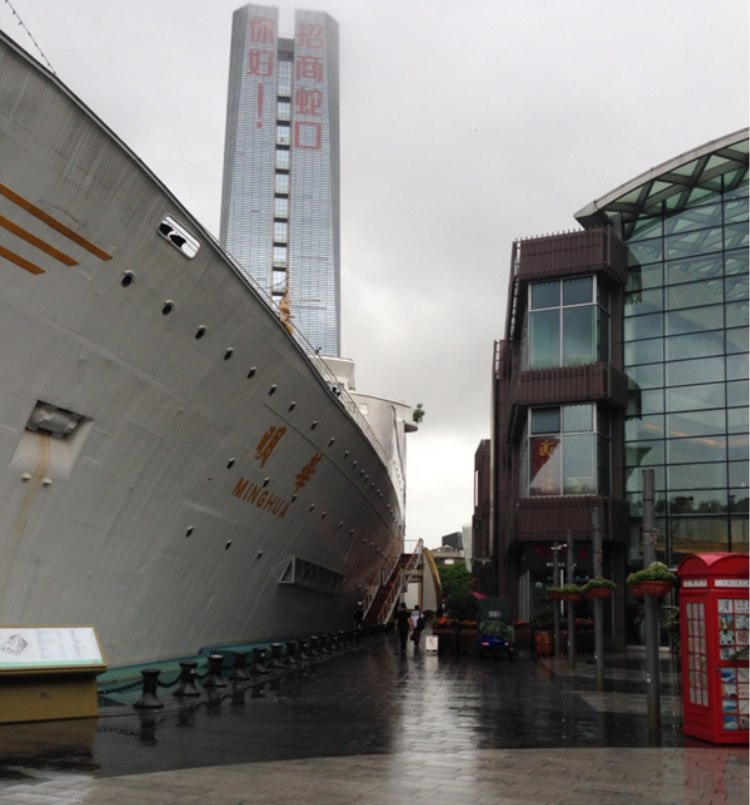 The time difference to South Africa took its toll as the team had to wait till 11pm in order to watch the Springboks playing Ireland .

This gave the team ample time to make use of the many restaurants found around Seaworld but unfortunately the rain continued and the team had to use extreme measures in irder to stay dry during their dinner. 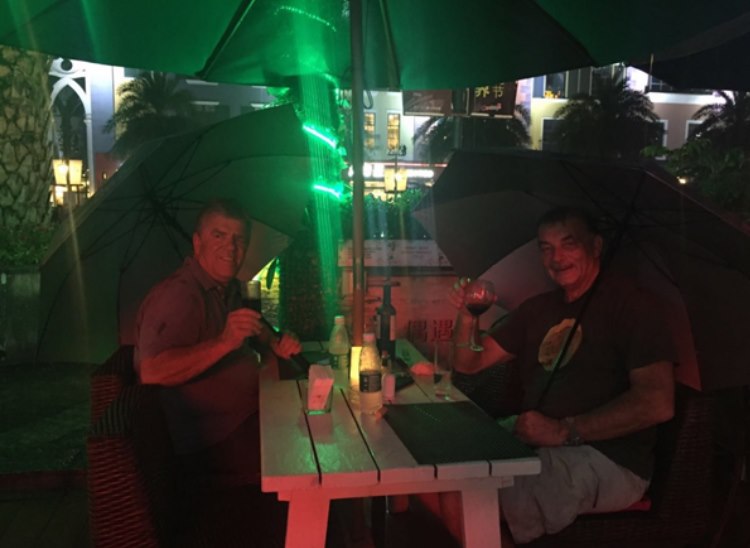 What made things worse is the fact that the Bokslossed this game and dampened the otherwise beautifull but rainy day of the teams arrival in China.

In order to compensate for the wet dinner the restaurant offered some free snacks in the form of frog leg kebabs which Andre tasted with mixed feelings. 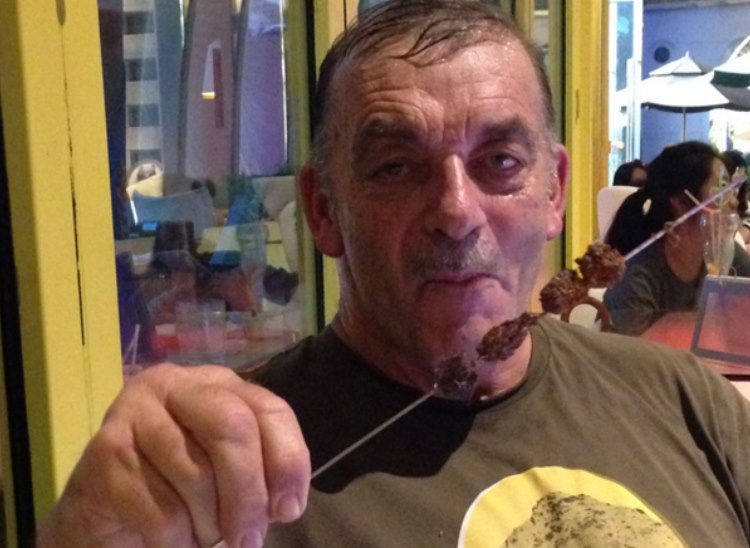