Toady Team Lipstick decided to do “The Triple” and be in what is often referred to as “the three pearls of the Danube River.

After breakfast in Budapest this would mean lunch in Vienna and Dinner in Prague.

Initially the trip went very well but some 50km before the border crossing into Austria a huge traffic jam was experienced and almost 2 hours where spent on the Hungarian side of the border.

As there was no accident nor any construction work the boys realized that the cause of the jam was caused by reducing a three lane highway into 1 lane just before the border and this was obviously meant to enable the border officials to streamline their spot checks  in view of the many refugees in the past trying to cross from Hungary into Austria.

Team Lipstick was not stopped at all and neither were the boys required to show any passports.

So off on a final stretch of about 60km and Vienna was reached.

Vienna is the capital and largest city of Austria, and one of the nine states of Austria. Vienna is Austria’s primary city, with a population of about 1.8 millionalmost 20% of Austria’s population.

Apart from being regarded as the City of Music[ because of its musical legacy, Vienna is also said to be “The City of Dreams” because it was home to the world’s first psycho-analyst – Sigmund Freud.

It is well known for having played an essential role as a leading European music center, from the great age of Viennese Classicism through the early part of the 20th century. The historic center of Vienna is rich in architectural ensembles, including Baroque castles and gardens, and the late-19th-century Ringstraße lined with grand buildings, monuments and parks.

St. Stephen’s Cathedral (more commonly known by its German title: Stephansdom) is the mother church of the Roman Catholic Archdiocese of Vienna and the seat of the Archbishop of Vienna, Christoph Cardinal Schönborn, OP. The current Romanesque and Gothic form of the cathedral, seen today in the Stephansplatz, was largely initiated by Duke Rudolf IV (1339–1365) and stands on the ruins of two earlier churches, the first a parish church consecrated in 1147. The most important religious building in Vienna, St. Stephen’s Cathedral has borne witness to many important events in Habsburg and Austrian history and has, with its multi-colored tile roof, become one of the city’s most recognizable symbols

The Dom sits on a square called the “Stephansplatz” and is a center of activity with many shops and restaurants all around.

In the year 1569, Holy Roman EmperorMaximilian II purchased a large floodplain of the Wien river beneath a hill, situated between Me idling and Hitting, where a former owner, in 1548, had erected a mansion called Katter burg.

The emperor ordered the area to be fenced and put game there such as pheasants, ducks, deer and boar, in order to serve as the court’s recreational hunting ground.

In a small separate part of the area, “exotic” birds such as turkeys and peafowl were kept. Fishponds were built, too.

The name Schoenbrunn (meaning “beautiful spring”), has its roots in an artesian well from which water was consumed by the court.

Franz Joseph, the longest-reigning emperor of Austria, was born at Schoenbrunn and spent a great deal of his life there. He died there, at the age of 86, on 21 November 1916. Following the downfall of the Habsburg monarchy in November 1918, the palace became the property of newly founded Austrian Republic and was preserved as a museum.

The “Heurige” in Vienna are as famous as the Giant Ferris Wheel, Schoenbrunn Palace, the Vienna Boys Choir or the Lipizzaner.

The real Viennese “Heurige” are wine taverns. A place in which to feel good, in which everyone is warmly welcome.

The real Viennese Heurige, in which only Viennese wines are served, are identified by a bunch of pine branches and by the word “Ausg’steckt” written on a board, which simultaneously shows when the tavern is open.

However, the word “Heurige” does not just describe the tavern itself, but also the wine from the current vintage, which – in accordance with tradition – may be so-called until 11 November (St Martin’s Day). Alongside the pleasant wine by the glass, the Viennese Heurige also offer their guests fine wines sold in “bouteillen” (0.75 liter bottles), reflecting the richness of the variety and the special Viennese climate, and corresponding glass and tableware. And sometimes, with a little luck, “live music” can even be heard in the secluded gardens or homely parlors…

So the boys went straight to the “Heuriger Hirt” which is most probably the Heurige with the best view of Vienna from the higher region and on the slopes of the Kahlenberg a hill covered with Vinyards with a beautiful view overlooking Vienna.

After some nice refreshments the final leg of the day was started and Team Lipstick headed towards Prague the 3rd Pearl of the Danube river.

Again the border crossing was a non-event with no visible border policing or passport control – never mind custom control.

However, for the next 140km it was single lane traffic with endless stop goes due to road construction work.

Budapest, Vienna and Prague in one Day will be an unforgettable Sunday Drive seeing the 3 pearls of the Danube

– Team Lipstick doing “The Triple” the 3 pearls of the DanubeRiver 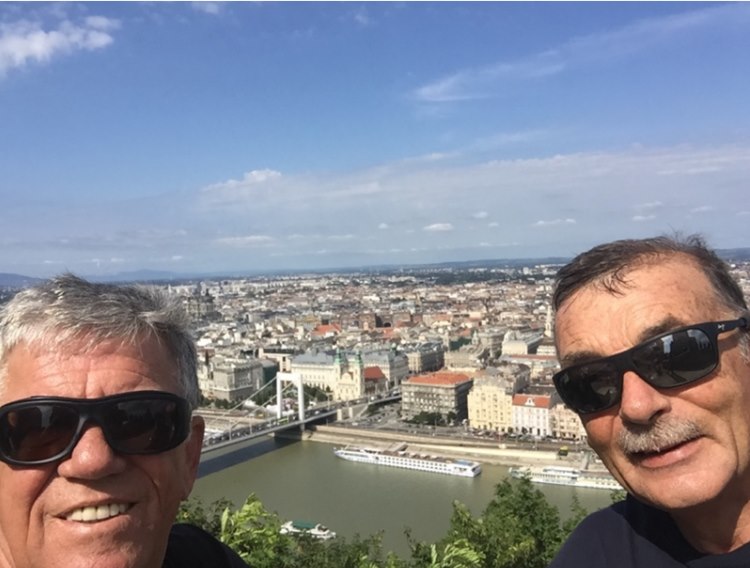 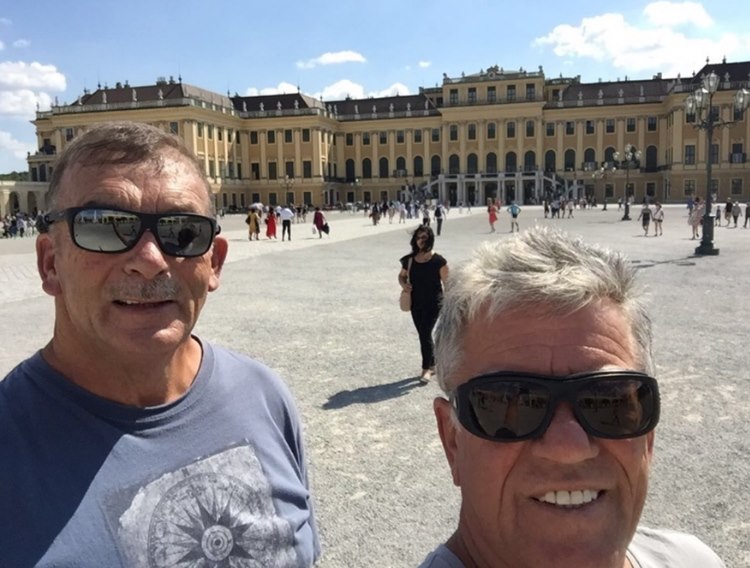 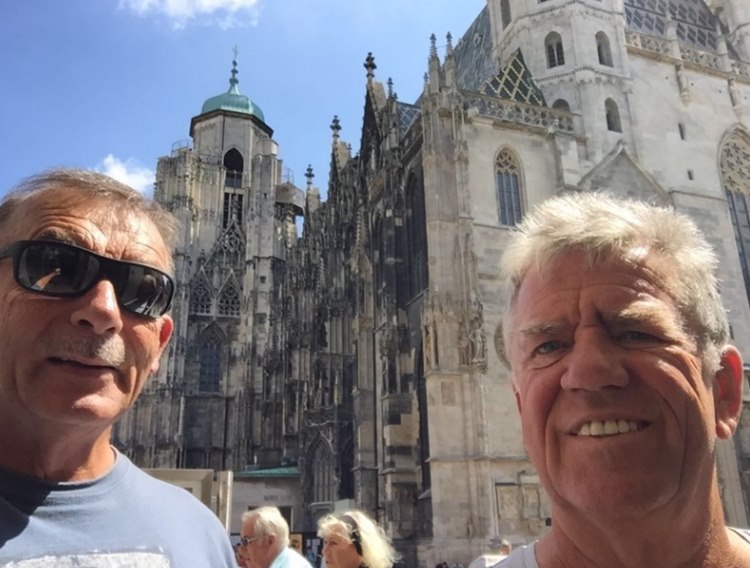