Again a nice breakfast buffet gave the boys a good start for the day and after packing their belongings into Lipstick they headed south towards Iran.

The outskirts of Baku are full of oil wells with hundreds of pumps sucking the black gold from the depth of earth.

The first oil well was mechanically drilled in the Bibi-Hayat suburb of Baku in 1846, though a number of hand-dug wells predate it. Large-scale oil exploration started in 1872, when Russian imperial authorities auctioned the parcels of oil-rich land around Baku to private investors.

Soon after that Swiss, British, French, Belgian, German, Swedish and American investors appeared in Baku. Among them were the firms of the Nobel brothers together with the family von Börtzell-Szuch (Carl Knut Börtzell, who also owned the Livadia Palace) and the Rothschild family.

An industrial oil belt, better known as Black City, was established near Baku.

By the beginning of the 20th century almost half of world production was being extracted in Baku.

The oil boom contributed to the massive growth of Baku. Between 1856 and 1910 Baku’s population grew at a faster rate than that of London, Paris or New York.

Oil rigs wherever one looks from the shores of Baku…

One wonders how Baku would look like if there would be no oil available for harvesting. There are many high rise buildings growing up under construction and one can visualise a Dubai like scenario in years to come with modern buildings all over town. 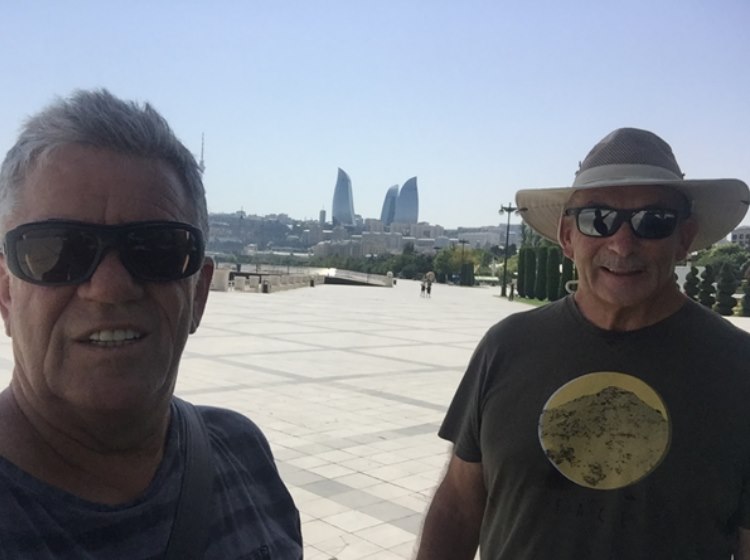 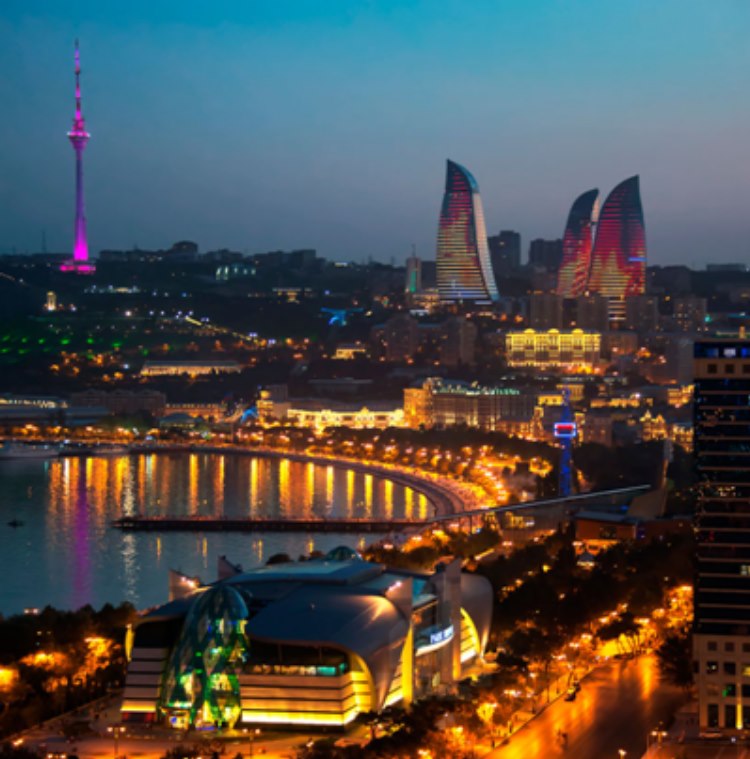 The scenery changed soon after leaving Baku to a more rural looking environment and back to single lane traffic with smaller villages appearing from time to time and the road was leading away fro the Caspian Sea towards the mountain rage which indicate the border of Azerbeidschan with Turkey and Iran lying on the other side.

Around 4pm the border town called Astara was reached and the team used their Manats (Azerbeidschancurrency) to fill up Lipstick and stock up the on board fridge with bottles of water.

The officials at Azerbeidschan side of the border were very friendly but had a problem with Andre’s visa as the number in their compute did not correspond with the number on Andre’s E-visa. A more senior officer was called who also could not understand this glitch and had to phone his head office in Baku.

This lasted for about 45 minutes and with a big smile on his face the officer apologized to the boys blaming a computer problem for the unnecessary delay.

Of to the other side and hello to the Iranian officials who quickly formed a team of 7 to look with astonishments at Lipstick and the two boys.

Team Lipstick was also advised that Friday in Iran is like Sunday in most of the rest of the world and because of this Lipstick cannot be cleared out of customs but the good news is that this can be done the following day from 9 am onwards.

This would mean that Lipstick must be parked in a designated zone within the customs area but the team are free to leave and go through the designated gate and look for a place to stay within Iran.

Lipstick was parked accordingly and Andre and Willy walked through the gates pulling their cabin bags behind them in search of a taxi which could find motel for them.

The official currency in Iran is called Riad but everyone calls it Khomenis after the great Ayatollah whose face can be seen on these notes. No ATM,no bank and nobody to be seen who would change money the guys tried their luck with a taxi driver who could not speak English but smiled positively when he saw some Azerbeidschan money being waved under his nose.

He happily drove team Lipstick to a hotel which had the extra bonus of accepting Dollars for accommodation as well as having a restaurant available. 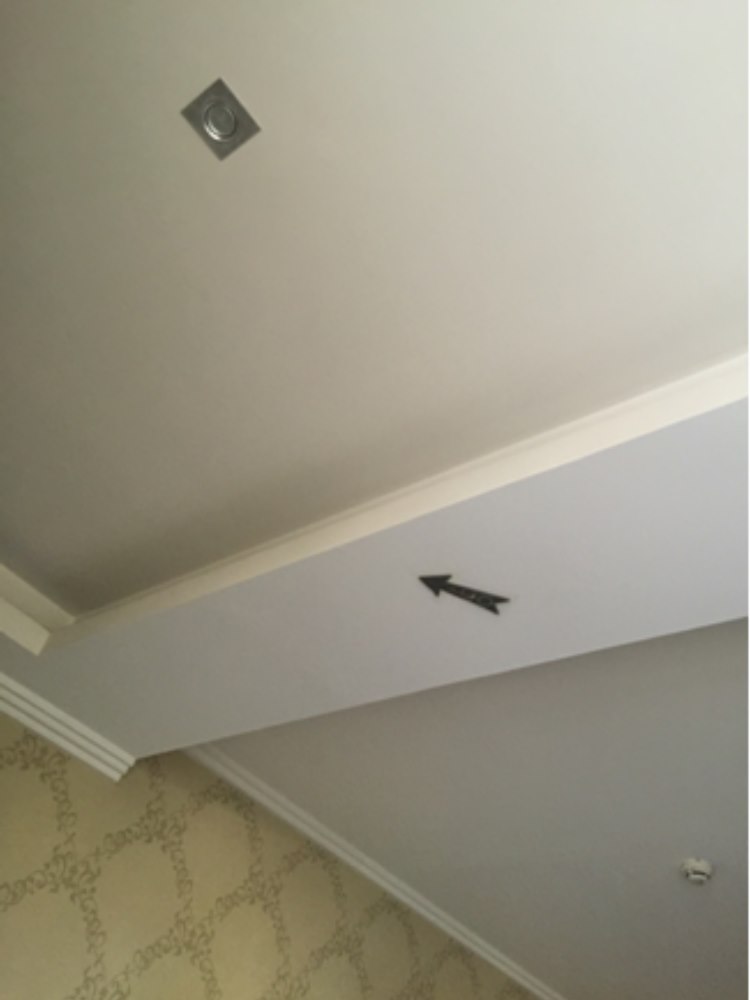 Arrows on the ceiling show the direction to Mekka

After settling in and having a nice shower the boys faced a menuwritten Iranianlanguage far removed from the western alphabet and looking like an assembly of little worms.

Alcohol free beer washed the food down nicely and an early night was had in order to be fresh in the morning with the task to get Lipstick out of custom. 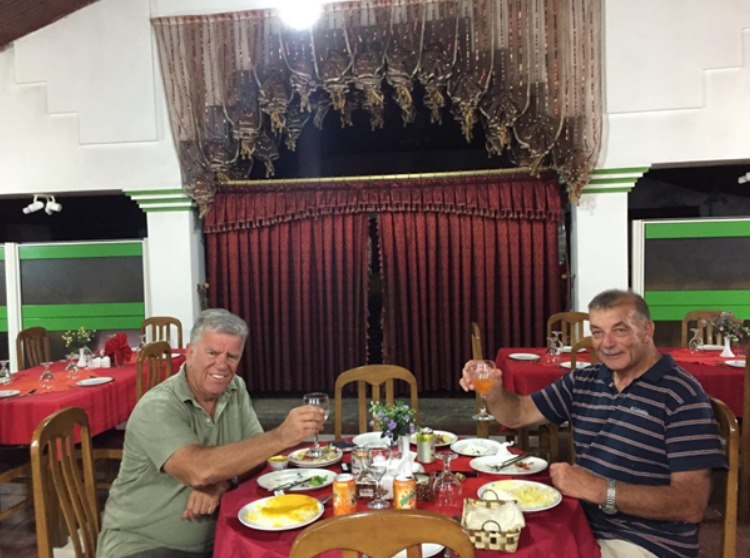