Lipstick today took the same route like the ancient Chinese explorers and the European traders who went off or to China.

The so called Hexi corridor was the only way between two huge mountain ranges which would allow Marco Polo and other travellers at the time to connect into China.

Hexi Corridoror Gansu Corridor refers to the historical route in Gansu province of China. As part of the Northern Silk Road running northwest from the bank of the Yellow River, it was the most important route from North China to the Tarim Basin and Central Asia for traders and the military. The corridor is a string of oases along the northern edge of the Tibetan Plateau. To the south is the high and desolate Tibetan Plateau and to the north, the Gobi Desert and the grasslands of Outer Mongolia. At the west end the route splits in three, going either north of the Tian Shan or south on either side of the Tarim Basin. At the east end are mountains around Lanzhou before one reaches the Wei River valley and China proper.

Gone were the green farming areas team Lipstick got accustomed to and the scenery changed to a more semi desert environment with very little vegetation on either side of the road until Lipstick arrived in Dunhuang.

Dunhuang is situated in a rich oasis containing Crescent Lake and Mingsha Shan meaning “Singing-Sand Mountain”), named after the sound of the wind whipping off the dunes, the singing sand phenomenon. Dunhuang commands a strategic position at the crossroads of the ancient Southern Silk Route and the main road leading from India via Lhasa to Mongolia and Southern Siberia, as well as controlling the entrance to the narrow Hexi Corridor, which led straight to the heart of the north Chinese plains and the ancient capitals of Chang’an (today known as Xi’an) and Luoyang.

The Great Wall was extended to Dunhuang, and a line of fortified beacon towers stretched westwards into the desert. By the second century AD Dunhuang had a population of more than 76,000 and was a key supply base for caravans that passed through the city: those setting out for the arduous trek across the desert loaded up with water and food supplies, and others arriving from the west gratefully looked upon the mirage-like sight of Dunhuang’s walls, which signified safety and comfort. Dunhuang prospered on the heavy flow of traffic. The first Buddhist caves in the Dunhuang area were hewn in 353.

The Thousand Buddha Grottoes form a system of 492 temples 25 km (16 mi) southeast of the center of Dunhuang, an oasis strategically located at a religious and cultural crossroads on the Silk Road, in Gansu province, China. The caves may also be known as the Dunhuang Caves, however, this term is also used as a collective term to include other Buddhist cave sites.

The Mogao Cavesalso known well in the Dunhuang area as the Caves. The caves contain some of the finest examples of Buddhist art spanning a period of 1,000 years

After buying tickets to enter the grotto area Andre and Willy were first guided to a cinema inclusive of earphones which would give them the English version of any audio. A 20-minute movie gave an overview of what the grottos meant for the ancient Chinese and thereafter they were guided to the next cinema which represented an unbelievable 3 D view making the team feel like actually walking through these caves.

Thereafter a bus took the boys to the actual side of the caves which was another amazing  site.. 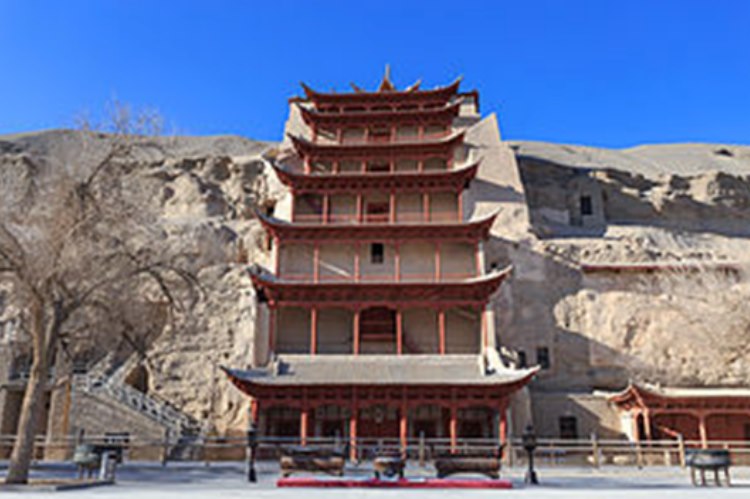 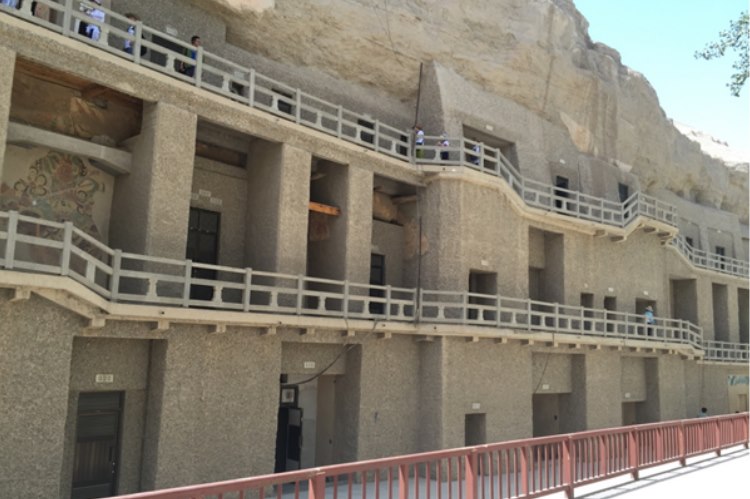 Endless old caves containing Buddha related figures and paintings were chiseled into this sandstone wall which became a major meeting point for ancient travelers. The picture underneath shows that Andre is one step taller than Willy… 😉 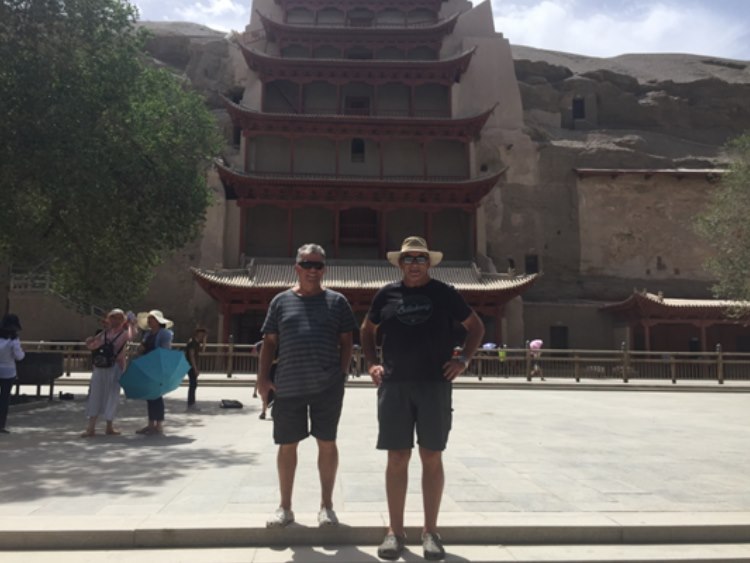 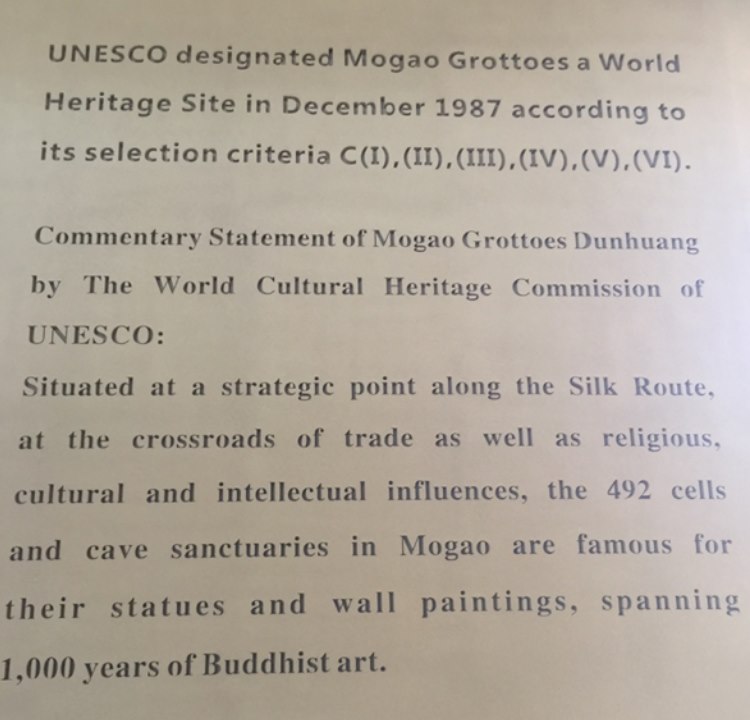 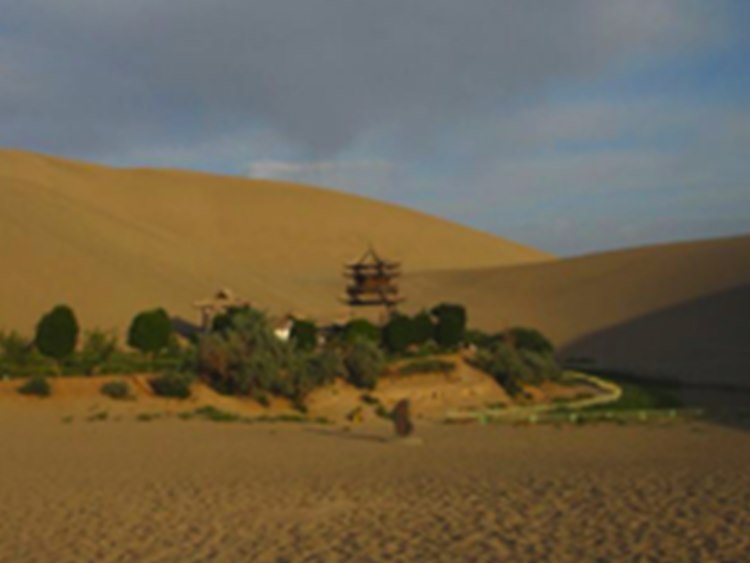 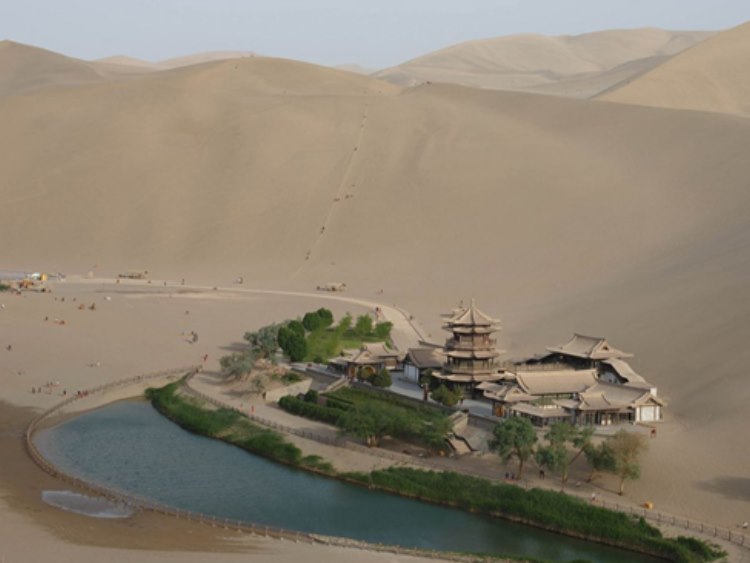 This ancient oasis in the middle of a Chinese desert was in danger of disappearing beneath the sands until the government stepped in to save it.

Located about 6km south of the city of Dunhuang in north west China, the Crescent Lake is a fresh water spring in the shape of a half moon.

The oasis, which is believed to have existed for 2,000 years, was shrinking fast due to increasing desertification in the region before the government began to refill it. 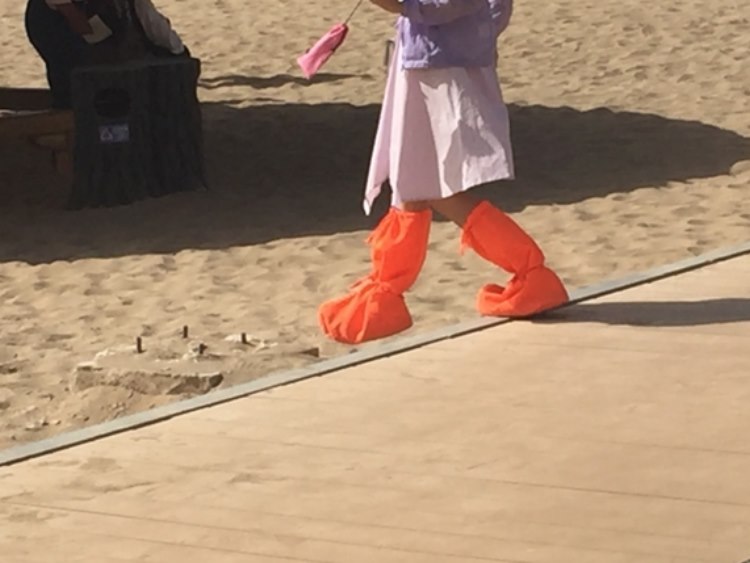 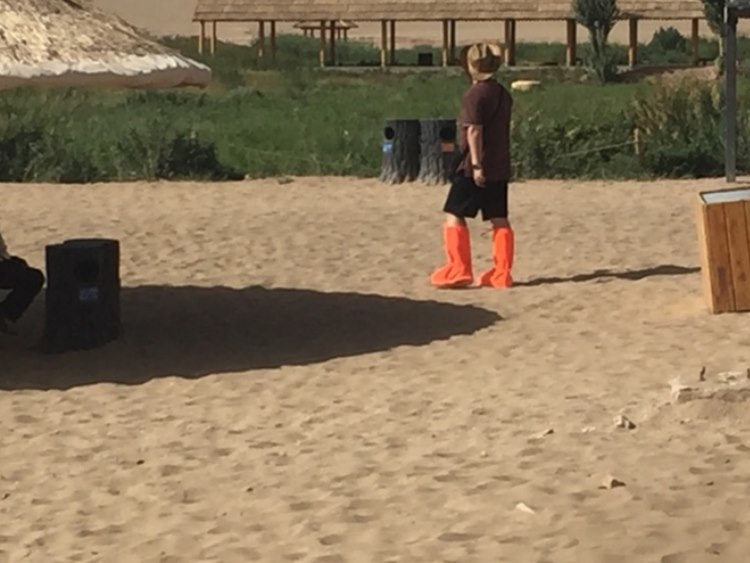 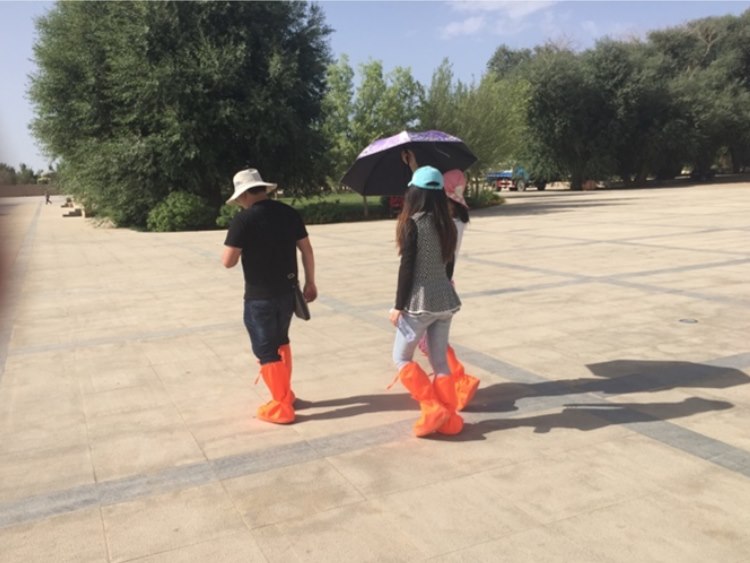 It was hilarious seeing the Chinese red shoe brigade walking in the desert. 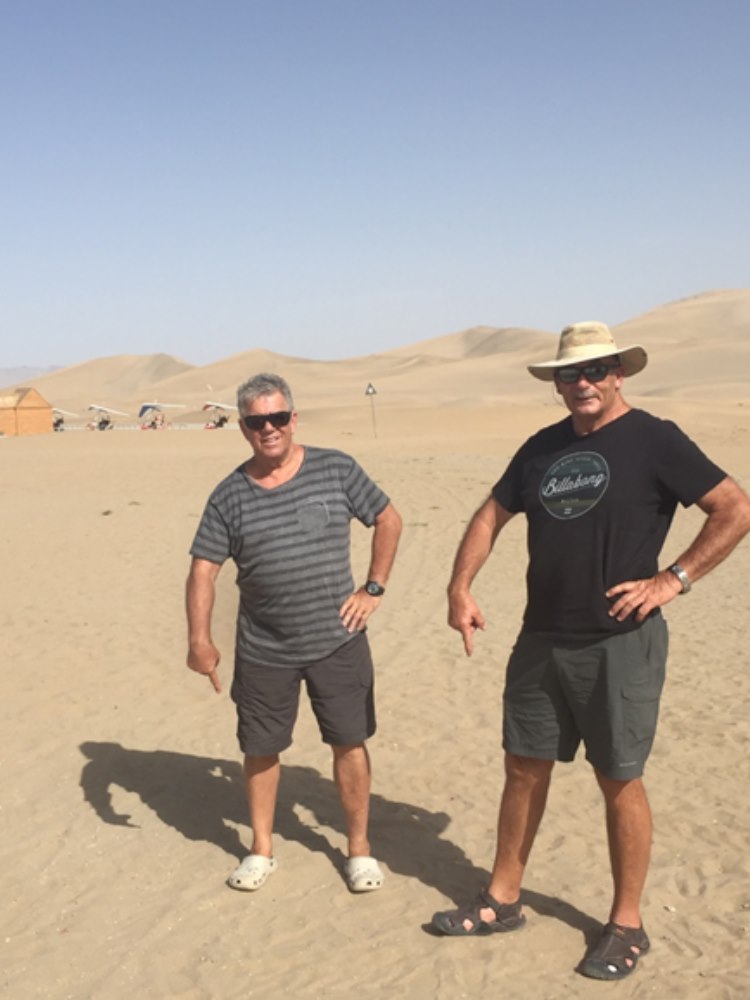 CHINA is NOT for SISSIES…….