Q1 is a 322.5-metre (skyscraper in Surfers Paradise, Queensland, Australia.

The residential tower on the Gold Coast lost its title as the world’s tallest residential building to the 337-metre The Marina Torch in Dubai on 29 April 2011.

The Q1 officially opened in November 2005. 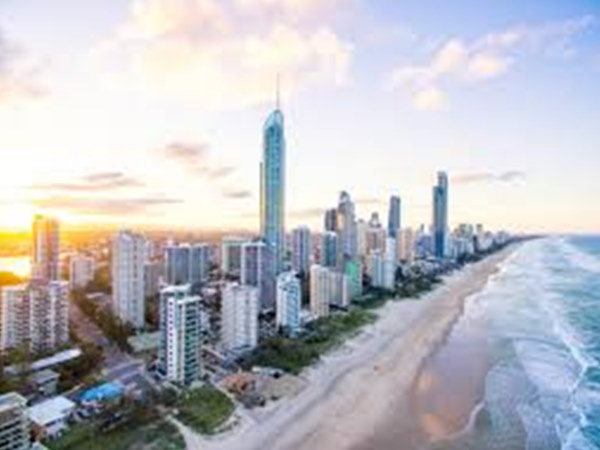 Brisbane, capital of Queensland, is a large city on the Brisbane River. Clustered in its South Bank cultural precinct are the Queensland Museum and Sciencentre, with noted interactive exhibitions. Another South Bank cultural institution is Queensland Gallery of Modern Art, among Australia’s major contemporary art museums. Looming over the city is Mt. Coot-tha, site of Brisbane Botanic Gardens.

Because it is Saturday today there was very little traffic in the inner City and the boys were happy to find parking opposite the famous bridge with a Bavarian restaurant close by – much to Willy’s delight.

A change from the Aussie Chicken schnitzels to german sausages was a good treat for Team Lipstick especially in combination with a traditional german Weizenbier….

After finding accommodation for the stay over in Brisbane the boys proceeded to Andre’s cousins Kathy and Ian who live in Brisbane and which Andre has not seen for some 30 years.

Kathy and husband Ray prepared a traditional South African braai, so the boys had lunch with german taste and dinner now with a touch of Africa…

A great evening was had and fully enjoyed by the boys – Thank you Kathy and Ray.