The drive out of Beijing was easier than expected and some 40 km later the team reached the Great Wall of China.

Whilst obviously having seen pictures of this monumental structure it still took the boys breath away when they saw the wall going up and down over the endless mountains.

Lipstick was parked in close proximity to one of the access points of this ancient structure and the guys set foot on it. 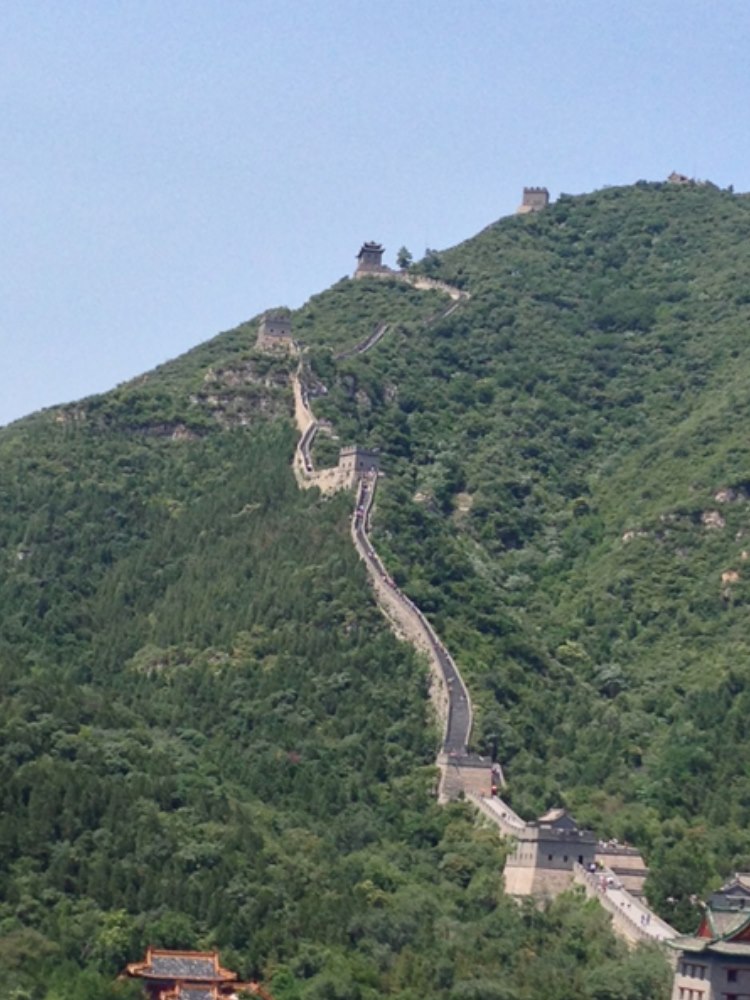 The great Wall making its way over the mountains

Lipstick next to the Great Wall of China….

Unfortunately, they parked off in an area where one has two chances – either go up endless steps on the right or hundreds of steps on the left.

They went up on the right side and this proved to be a breath-taking class as it felt like going up at around 70 degrees with steps of different sizes some up to knee high. 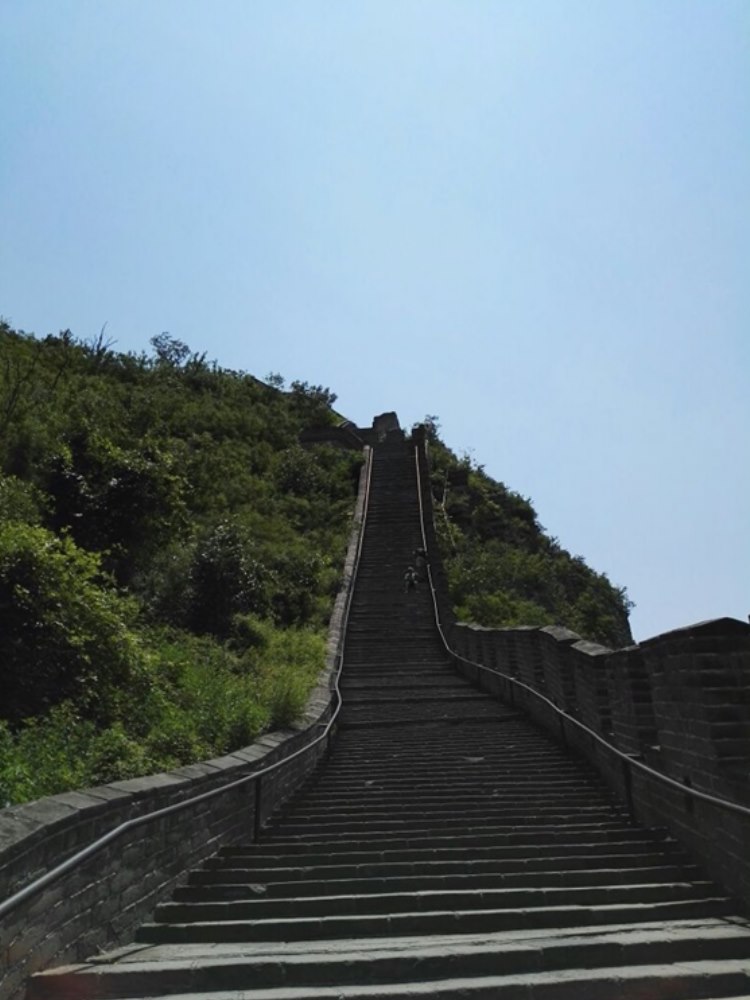 Endless steps leading the Great Wall of Chine over the mountains north of Beijing.

Reaching the peak and fuming like a steam engine Willy had to complete a promise that he made to his grandson Alex and this meant doing a headstand on the great wall of China and sending it back to Alex via WhatsApp.

Here are the results:

If he rolls over, he will roll down….

Again out of breath the bottom was reached and after having a cool drink and taking many more pictures of the Great Wall they proceeded to drive along the wall through a mountainous area towards Datong.

In close proximity to Datong they visited the Yun gang temple which are described on the internet as follows:

The Yun gang Grottoes (are ancient Chinese Buddhist temple grottoes near the city of Datong in the province of Shanxi. They are excellent examples of rock-cut architecture and one of the three most famous ancient Buddhist sculptural sites of China. The others are Longmen and Mogao. 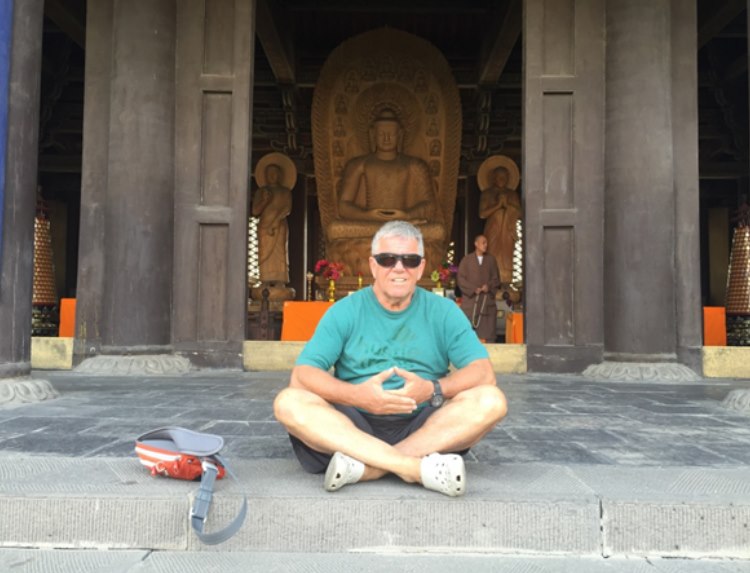 Two Buddhas and a priest.

The site is located about 16 km west of the city of Datong, in the valley of the Shi Li river at the base of the Wuzhou Shan mountains. They are an outstanding example of the Chinese stone carvings from the 5th and 6th centuries. All together, the site is composed of 252 grottoes with more than 51,000 Buddha statues and statuettes. In 2001, the Yun gang Grottoes were made a UNESCOWorld Heritage Site. The Yun gang Grottoes are considered by UNESCO to be a “masterpiece of early Chinese Buddhist cave art… [and] …represent the successful fusion of Buddhist religious symbolic art from south and central Asia with Chinese cultural traditions, starting in the 5th century CE under Imperial auspices.

Grottos made by followers of Buddha who travelled along the silk road. 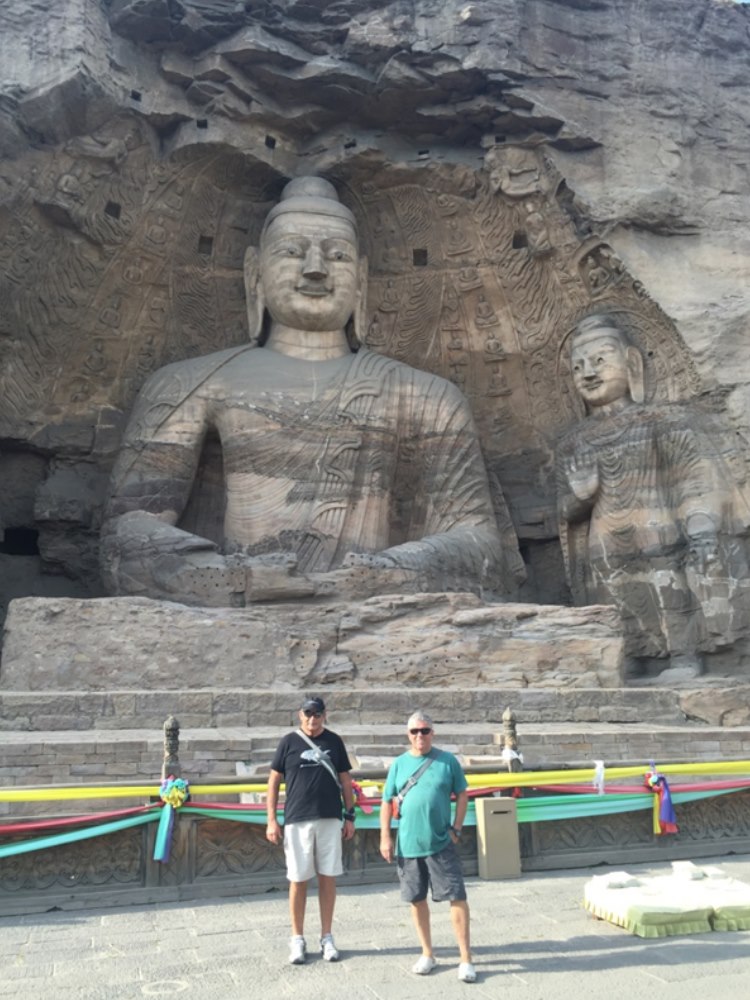 Team Lipstick getting dwarfed by the Buddha carved out off solid rock.

Impressive caves were visited by the team but not all of the 252 grottos could be seen as this would have taken days to complete.

The boys inside the caves with a smiling Buddha behind them … 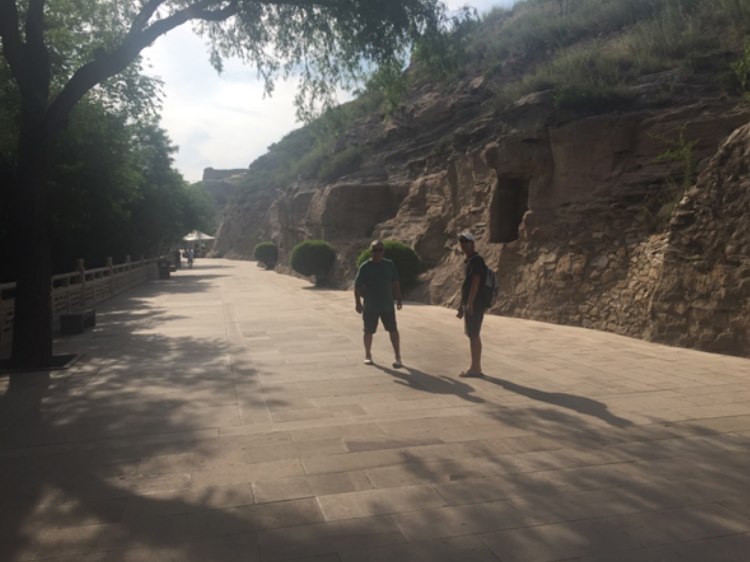 Willy and Andy walking along the many caves. 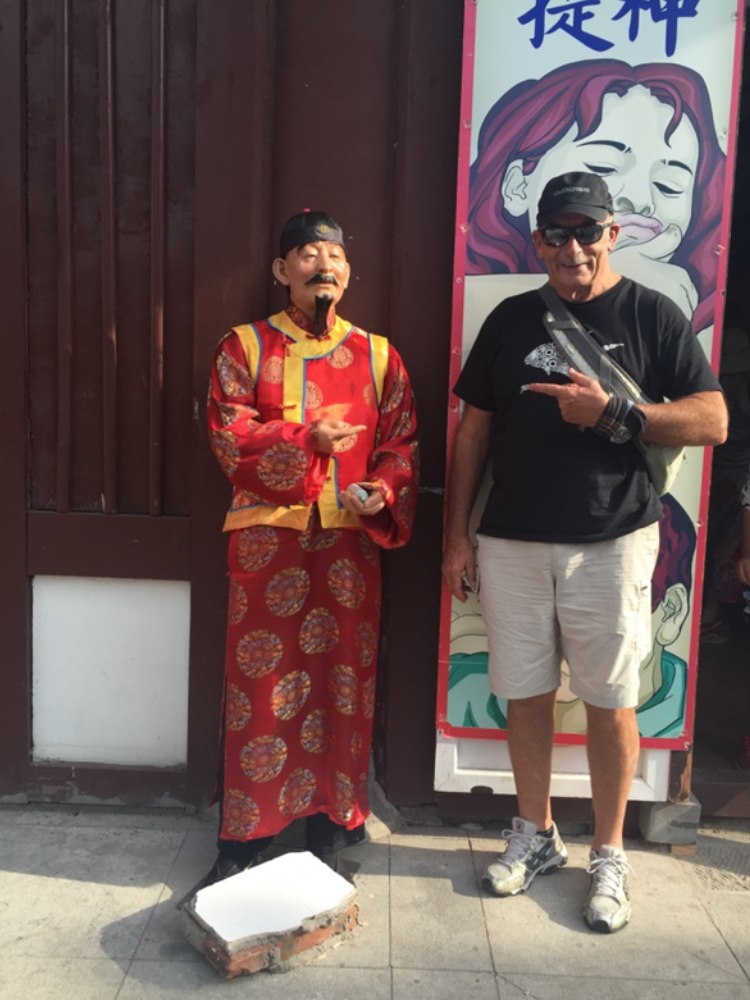 Two cultures pointing finger at each other (in good spirit)

The whole scene reminded Andre and Willy of the churches built in Lalibela(Ethiopia) which they visited on Lipstick’s trip up North in 2011. 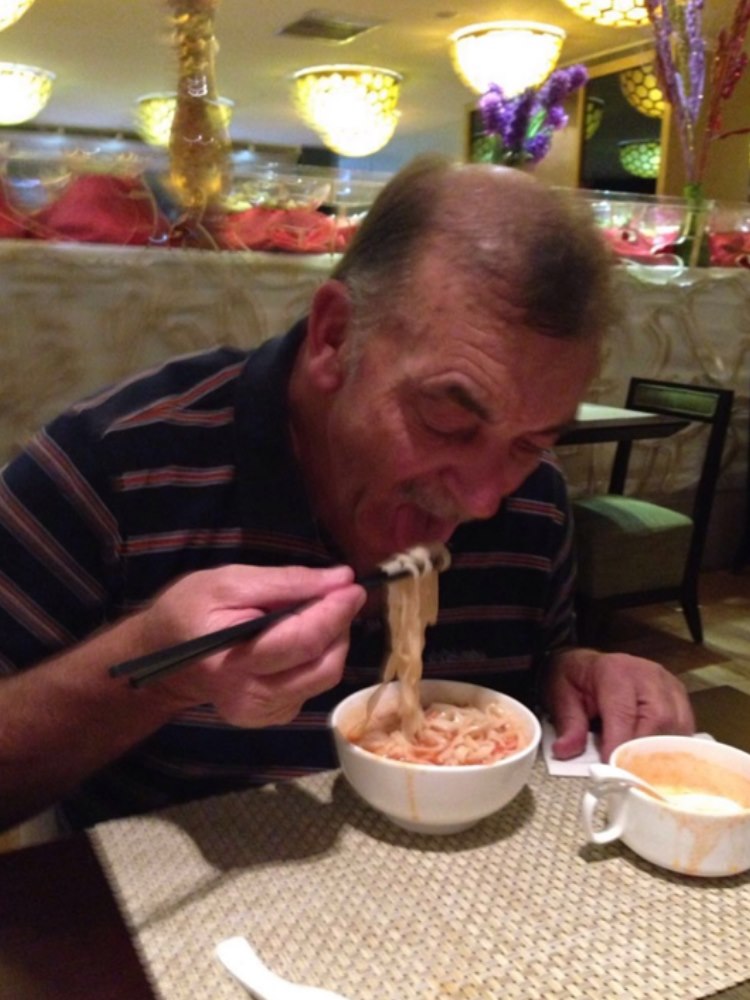 Andre does some Chinese carbo loading after lots of steps and walks today.