3 years have passed since team Lipstick went up north along the East Coast of Africa through Europe to Germany. During our return to East London the idea to completethe return trip from Europe down south along the west coast of Africa was born.

The originator of the ELAO trips – Kevin Farr’sdream was to circumnavigate Africa by traveling up the East coast, across the North coast and down the West coast back to East London before he unfortunately passed away just before the first trip in 2011.Team lipstick hereby dedicates this overland adventure to him.

Once again detailed preparation was essential with the mammoth task of obtaining the necessary visas upfront as the most frustrating and burdened same task of all. The formalities and requirements by many of the west African countries are phenomenal, bank statements, employment contracts, invitation letters, hotel bookings, fingerprints carnet de passage , vehicle licence have to be submitted and the average time for a visa approval takes about 5-7 days.

With the help of a Visa agent – MSD VISAPAK – in Johannesburg this task was started in early April 2014 and has become extremely painful due to ever changing requirements by the Embassies.

With only 2 weeks to goonly half of all the visas have been secured with 2 passports per person moving backwards and forwards between embassies, the team is still not sure if and when the rest will be completed. Through friends and associates, contacts were located in the various countries from whom invitation letters were received and hopefully all visas will be completed before the teams take off date on 15th June 2014.05.15

The plan is that Willy will fetch Lipstick in Bremen on 4th July and then drive it down to Morocco where he will meet Andre on the 15th of June in Casablanca where he will join the expedition.

Only 20% of over landers traveling from North to South across Africa choose to follow the west coast route as you have more countries to transverse with-  most of the adventurers that have followed this route in the past 2 years reporting all sorts of problems of which none were unsurmountable.

Team Lipstick is looking forward to meeting other teams and adventures on the way down south and you can follow their trip from time to time on this web page as from 15th June 2014.05.15

Unfortunately Team Bulldog and Icevan who accompanied Team Lipstick in 2011 cannot take part this year due to work commitments and as an alternative adventurethey have chosen to do a “backyard trip” from South Africa to the northern borders of Namibia and back. We wish them goodluck, full tyres and tanks. 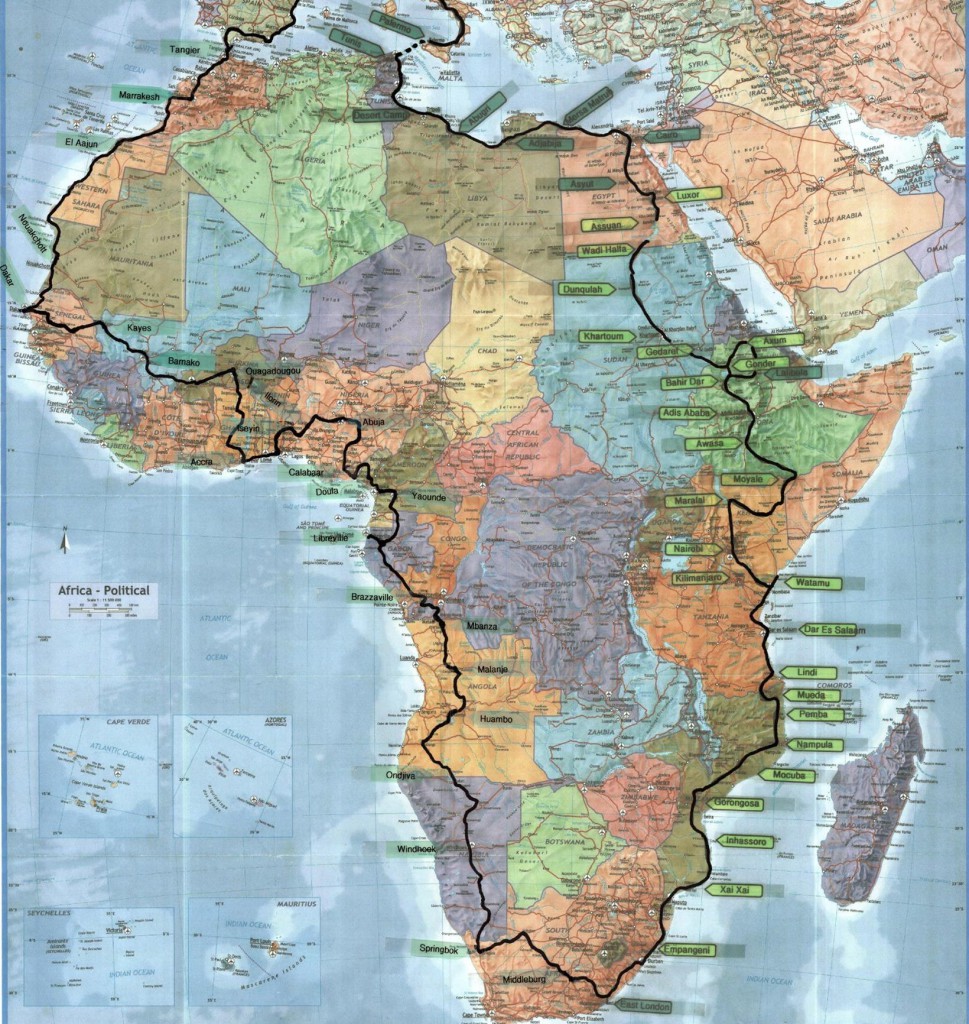 One thought on “Lipstick going South – West Coast of Africa 2014”