Again, an early start in the morning but now one of the front batteries of the car is giving a problem and as there is some small smoke coming out of it was decided to disconnect this one and just run on one battery today whilst battery 3 would keep the fridge cold.

The long road between Watson Lake and Whitehorse travels through rolling hills and forest to Teslin and Atlin lakes, where the landscape becomes more mountainous and the gray clouds of the Gulf of Alaska’s weather systems hangs on the horizon. 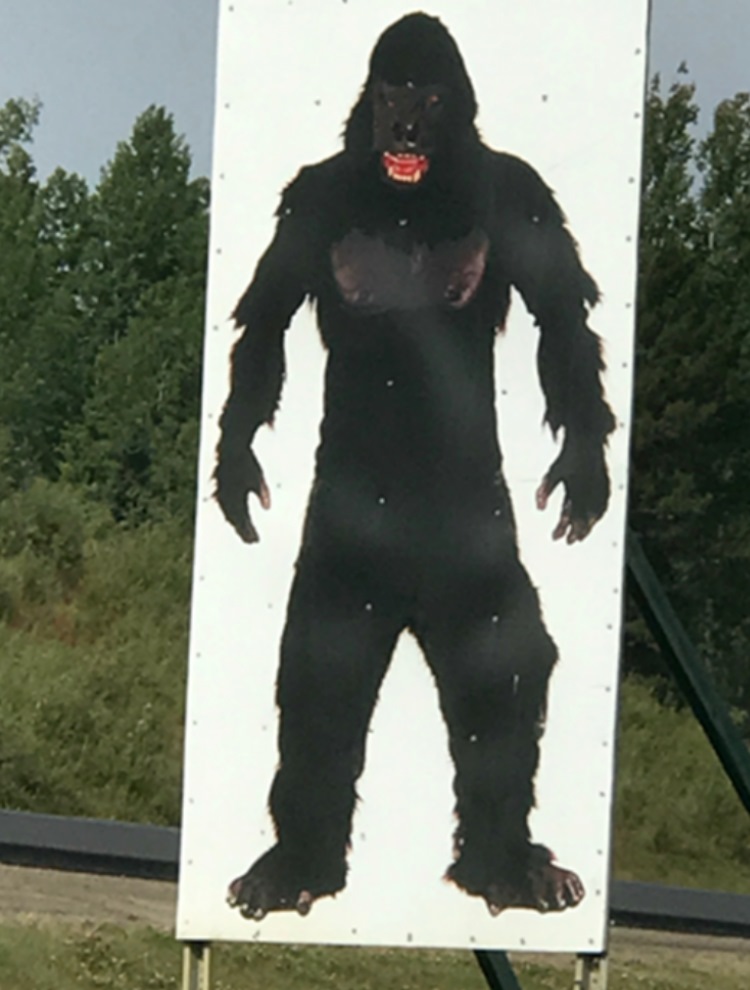 Sign on the road – would Team Lipstick spot this creature ?

There was very little traffic and the likelihood of a traffic police officer spending a day on the side of these winding roads seemed to be far removed. With this in mind and holding thumbs the boys did not necessarily stick to the 110km/h speed limit and overtook quite a few slower moving Canadian tourists pulling their huge Caravans.

Watson Lake can boast about their fishing. They have Lake Trout, Artic Greyling, Northern pike, Bull Trout, Rainbow Trout, and Kokanee Salmon and fishing is found on numerous lakes, some stocked, rivers and creeks.

On arrival in Whitehorse the first task was to find a batteries place and after the guys filled the faulty battery with fresh distilled water they thought that this must solve the problem.

After the next stop, however the car did not start at all and needed to be kick jumped with the help of a local who was kind enough to allow team Lipstick to attach the jumper leads to his car.

Finally, it was decided to replace the faulty battery after realizing that it must have sucked battery 2 empty and thereafter it was all systems go again and the boys settled in for the night in Whitehorse.

Whitehorse is the capital, largest, and only city of Yukon  province and the largest city in northern Canada. It was incorporated in 1950 and is located at kilometer 1426 on the Alaska Highway in southern Yukon. Whitehorse’s downtown and Riverdale areas occupy both shores of the Yukon River, which originates in British Columbia and meets the Bering Sea in Alaska. The city was named after the White Horse Rapids for their resemblance to the mane of a white horse, near Miles Canyon, before the river was dammed.