Sunday lunchtime team Lipstick bid farewell to David & family as they need to board a flight back to Dubai and Andre & Willy will be on their way to Bulgaria.

A whistling noise slowly became more and more apparent becoming more of a “rattling” noise as the border was reached. 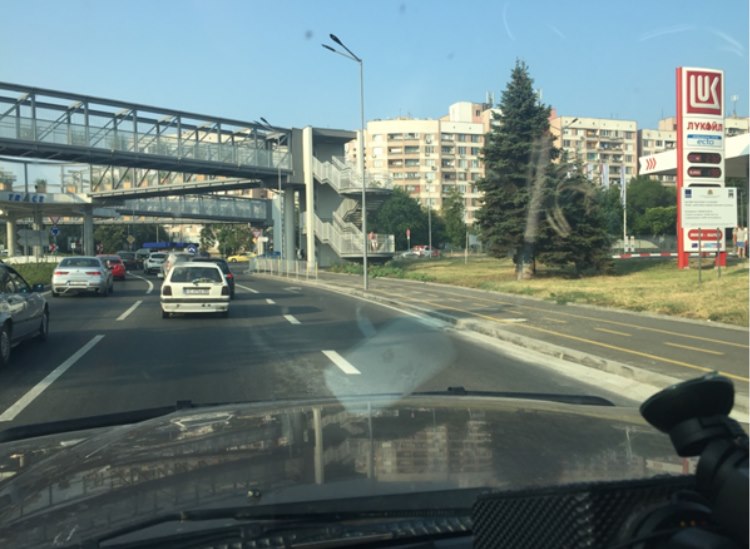 The boys stopped at a petrol station but could not identify where the noise is coming from and assumed that it could be the exhaust manifold, the Turbocharger or a cylinder gasket.

As the car performed well although it seemed to have lost a bit of power on steep hills and due to that fact that it was Sunday the team decided to head on crossing the border and have the car inspected by a Toyota garage in Burgas – Bulgaria.

The procedures on bot sides of the Turkey/Bulgarian border were a “breeze” compared to the border crossings in The “Stans” and each side of the border was crossed within 10 minutes with extremely friendly border officials.

To find a place to stay in Burgas was not an easy task as this was a major holiday destination for Bulgarians, Russians and even some Germans.

However, a place was found some 30km north of Burgas called “Sunny Beach” and the whole town was full of “mass tourism” at its best with many busses carting tourists in and out as the boys arrived.

The next day team Lipstick headed straight back to Burgas in search of the Toyota dealer who is situated in the industrial area of Burgas.

The boys immediately thought about the situation when the “bush mechanics” on the Iran border drained the fuel system and in order to do this had to loosen the injection system which in turn might have caused the problem of the Day.

Unfortunately, and maybe due to the many holiday makers the Toyota garage had many cars waiting to be repaired or serviced and after long negotiations they advised the boys that the soonest they could look and possibly repair the problem would be Wednesday morning.

The possibility of driving on to Sofia – the capital of Bulgaria, some 400km away- was considered but after evaluating the risk of further damages to the engine it was decided to stay over for another 2 nights and hope that Lipstick can be properly repaired on Wednesday morning.

In order to make up the time and depending how long the repair would take it will also be considered to possibly skip Sofia and drive right up the coast -via Varna – to Bucharest in Romania.

The next task was then to find a place to stay and a hotel was found in the smaller holiday town of Pomorie some 12km north of Burgas on the Black Sea.

In the afternoon they found a car wash place and lipstick was properly washed down and the inside nicely vacuum cleaned with all luggage properly rearranged and everything in its correct place.

Tuesday was spent with having a late breakfast, updating the statistics and blogs and generally relaxing in this nice seaside resort… 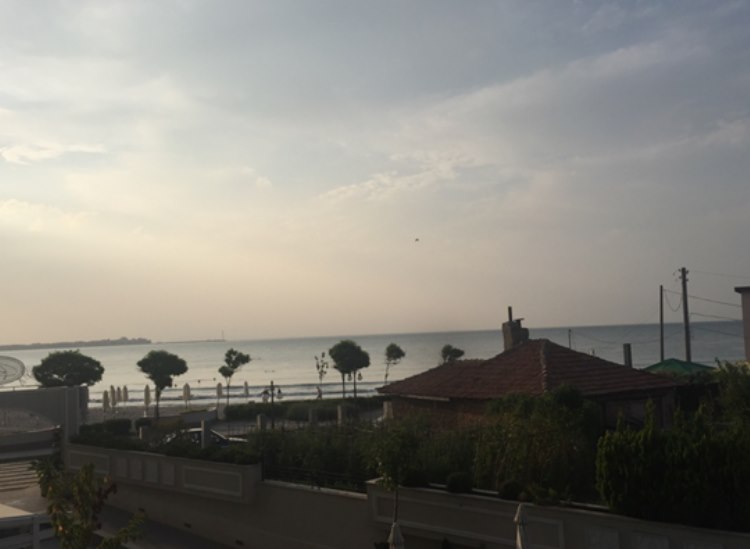 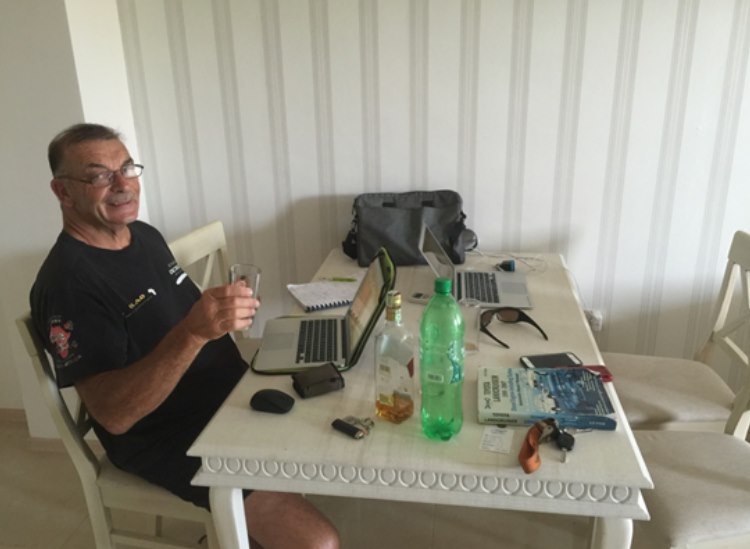 Straight off to the Toyota garage on Wednesday morning and Lipstick went to the repair station at the Toyota garage after a proper inspection by the chief mechanic who advises that the fault is with the manifold gasket and not with the injection pipes.

Nice coffee and free Wi-Fi access was offered to the boys whilst waiting for Lipsticks repairs when after about an hour the workshop supervisor advises that a bolt sheared off and that they would need at least a day to get a seal from Plovdiv -the second biggest city in Bulgaria -. 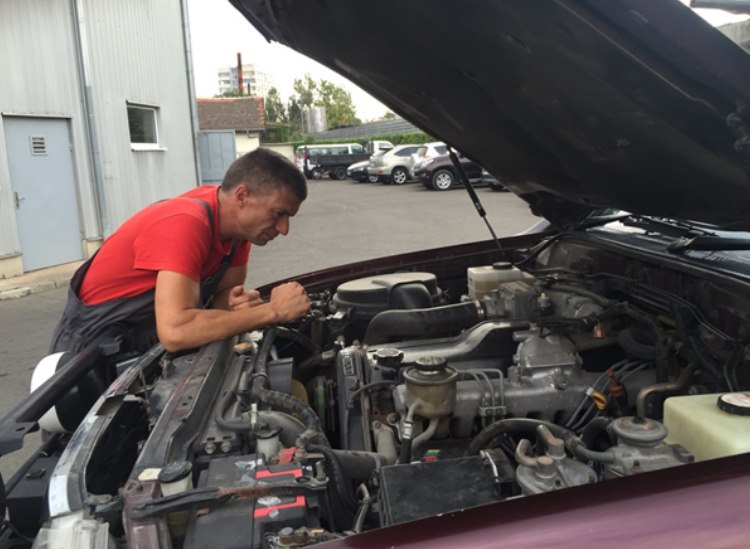 Quick team discussion and it was decided to abandon the repairs in Burgas and rather drive to Plovdiv and get hold of the part and possibly have the repairs done there.

Off they went and had no problems obtaining the seal but neither the Toyota garage there or an exhaust place had any free slot to attend to Lipsticks problem.

The boys therefor decided to head straight on to Bucharest in Romania and attempt to have the repairs done in Romania’s capital.

Lipstick suffered a bit of power loss due to the exhaust gas escaping through the seal instead of driving the Turbo but still reached a maximum speed of 145 on straight road but was rather noisy due to the exhaust gas streaming out of the faulty manifold seat – this however was overcome by increasing the volume of Lipsticks on-board radio.