Today Team Lipstick is crossing from the second smallest country in South America
(Uruguay) to the biggest on – Brazil.

This also means that they leave the Spanish speaking area of South America and entering the Portuguese speaking country. 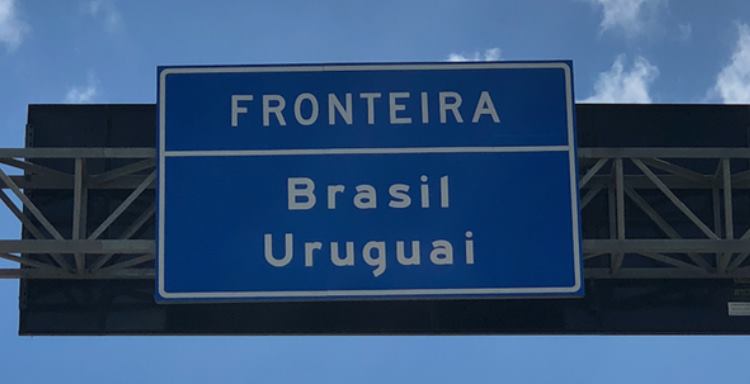 Again, the border crossing was a breeze with a combined border post between the two countries and soon it was goodbye “Gracias” and hello “Obrigada” meaning thank you in Spanish and Portuguese. 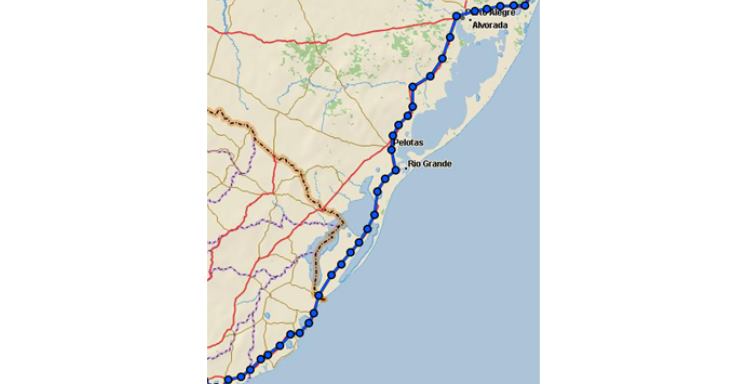 A beautiful drive along the Atlantic Ocean at first before crossing more inland via Puerto Alegre and then back to the coast in Torres (Brazil) where the boys had their next rest.

It was now time to make contact with the shipping agent in Cape Town to prepare for Lipstick’s home voyage in a container:

Wrote to Seabrook in Cape Town on 5th March 2018

“We are still awaiting the correct address and contact person (preferably English
speaking) of your warehouse in Brazil. We are entering Brazil today and I would like to make contact with them tomorrow.”

Seabrook’s reply on 5th March was:

“I have requested the address and contact number for Brazil again and will advise soonest.”

As contact was made with them in Chile already the boys could not understand what the problem was with getting the right address of their agent in Brazil.

Torres is a city in southern Brazil. It’s known for its beaches and rugged rock formations, like Morro da Guarita in Guarita State Park. Guarita Beach has strong surf, and penguins and sea lions offshore.