First task in the morning was to find a bank to get some more of the Uzbekistan currency called “Soms”.

However, it was Sunday and no bank was open… there are also no ATM’s in Uzbekistan as no ATM could be that big to hold all the bank notes which would make up say 500USD…

Unfortunately, team Lipstick ran out of soms the previous night and was still owing the restaurant 27000, — Soms (about 130 Rand) and as they refused to take Dollars they said the guys can pay the outstanding sum today.

Without any Soms at their disposal Andre and Willy went to the restaurant and told them that they are unable to pay in Soms as the banks are closed and they cannot exchange any money – can they please pay in Dollars.

The son of the owner of the restaurant phoned his mom who was kind enough to exchange 100 Dollars into 300.000, — Soms … this would also assist team Lipstick to buy some Diesel on the road.

The drive out of Nukus started well on a good road and Lipstick was travelling on the edges of the Aral Lake or at least where the edges where many years ago before the Russians started to divert the rivers which were feeding the lake. 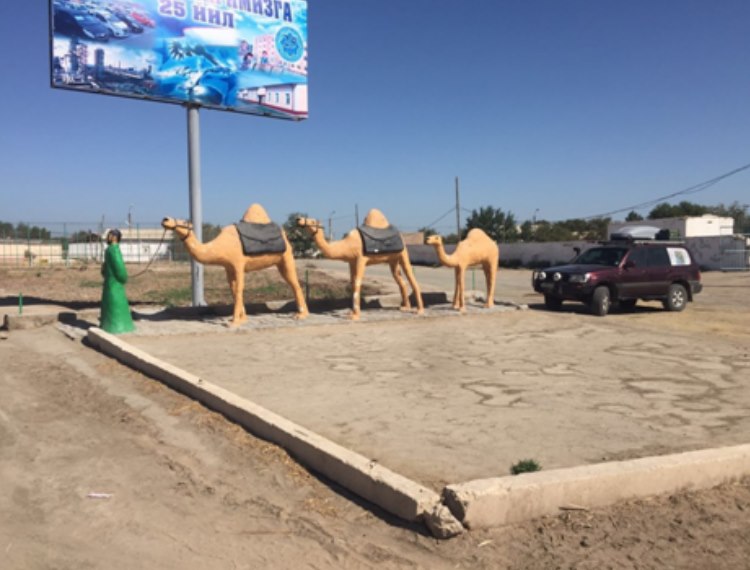 All that is left of the lake which shrank to 10% of its original size was a white and stone dry bottom caused by the salt content of the Aral Lake.

Every now and then a few camels were spotted on the side of the road and some 150 km from the border to Kazakhstan one could see a lot of oil and gas wells which supply most of Uzbekistan’s foreign currency.

After the episode in Bukhara team Lipstick now wanted to make sure that Diesel must be searched for once Lipstick’s tank is half empty and therefor they stopped at an old run down petrol station only to find out that their
pumps stopped running long ago and the main purpose for them to be there is to run a restaurant for truckers to stop and rest. 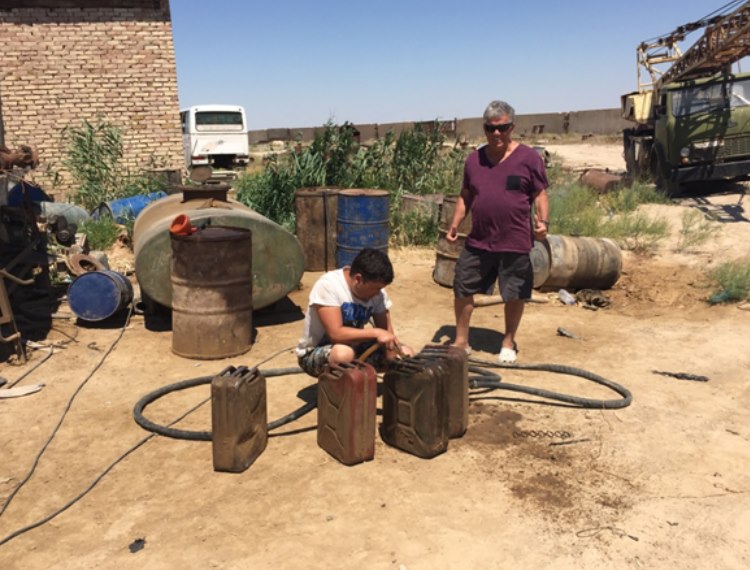 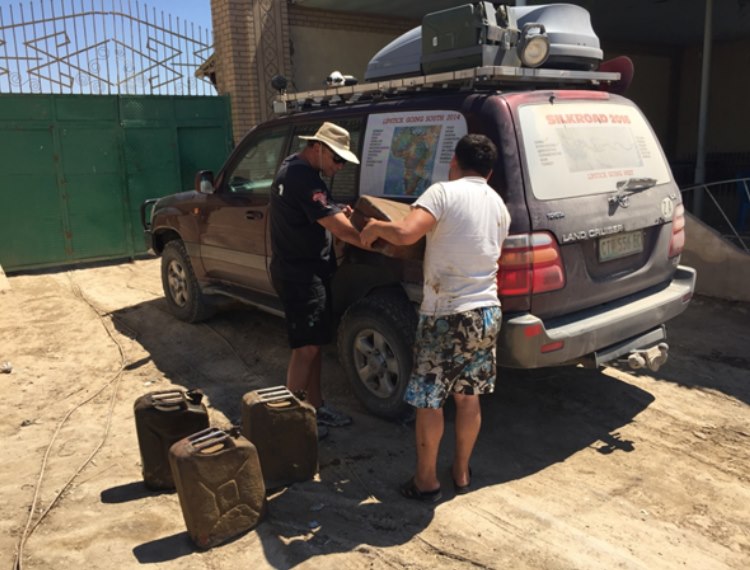 Team Lipstick was willing to pay – so off to the backyard and assisted by an old starter motor which now drives a little pump they could fill 4 canisters which in turn where emptied into Lipstick.

Some 80 km after the “truck stop” the border posts appeared on the horizon and the boys lined up behind another dozen cars which were all waiting to proceed through the border formalities.

With no movement after an hour being parked in a 41 degree Celsius surrounding an elderly Uzbekistan man passed by Lipstick and told them that they should go right to the front because being “touristicos” would give them a certain advantage.

The boys did not hesitate and within no time at all they were at the front of the customs gate where a military officer opened up after getting permission from his superiors via walkietalkie.

Of course the same happened at the Kazakhstan border but the officials worked at a higher speed and efficiency so only 2 hours were spent and Lipstick was released into Kazakhstan.

Originally it was planned to stay overnight in the first town called Beyneu but it became clear that this is only a small village some 80 km after the border so the boys decided to make up some time and head straight through to Aktau meaning a night drive of 520km. 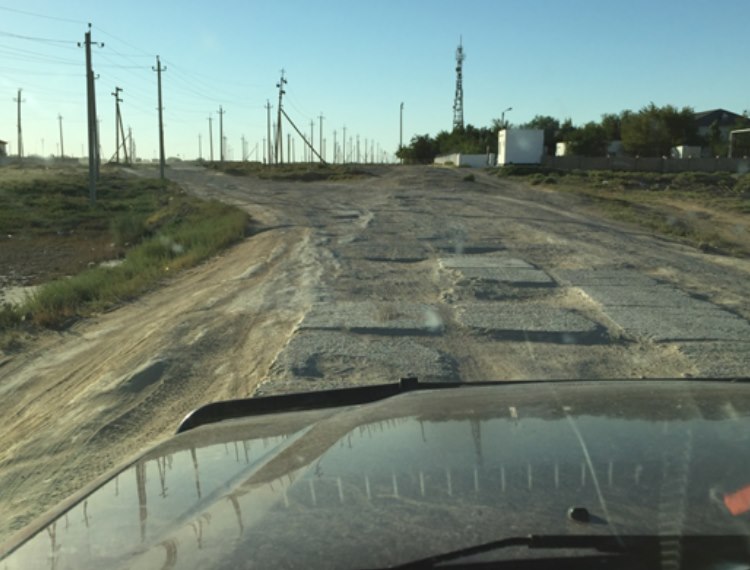 The road was straight for kilometres to go with half desert grass like flat land on either side of the road. A lot of wild horses and camels became a regular occurrence before the night set in and the drive continued in darkness.

Nice straight roads appeared after about 80 km from the border
Some 250km before Aktau another Landcruiser overtook Lipstick and the boys decided now to stay right behind that car as it was obviously driven by a local and as he was travelling at around 130km/h it was nice to have that car in front just following its taillights.

Just before entering Aktau the boys saw dozens of oil rigs fully lit up and busy pumping the black gold from the earth of Kazakhstan.

The boys arrived finally around 1 am and were fortunate enough to have found a hotel just as the red light came on indicting that Lipstick is now running in reserve.