After breakfast the team went off to sort out new sim cards as their Chinese ones were no longer functioning in Kyrkistan.

With the manager’s assistance the team got sorted pretty fast and cell connection was established once again.

From them on the boys visited 3 banks with none of them being keen to exchange Chinese RMB to the kirgish currency “som” – fortunately Andre had some Kirgish currency exchanged at the Chinese border so it was decided to try some other banks at a later stage.

Contact was then established with the polish couple in order to give them back the bag which they left in Lipstick the previous evening. They were met at the hotel where the boys slept last night and were more than happy to receive their belongings including their passports.

As they were able to speak Russian they offered to accompany the boys to the grand market of OSH which is a famous landmark in the city where traders of all sorts would sell their good. 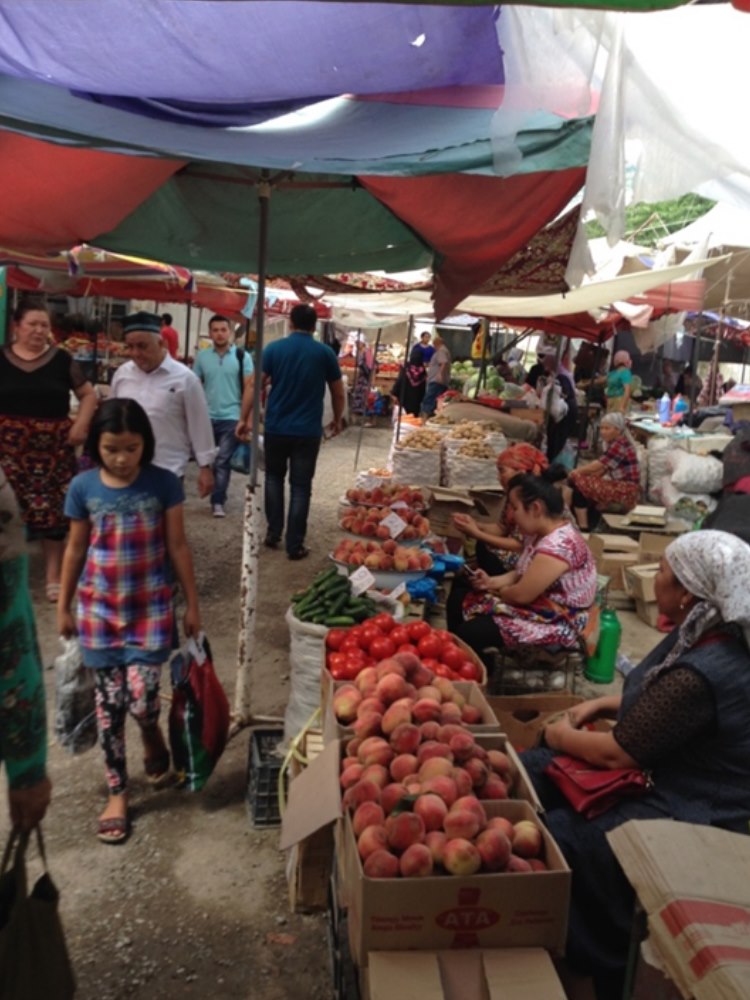 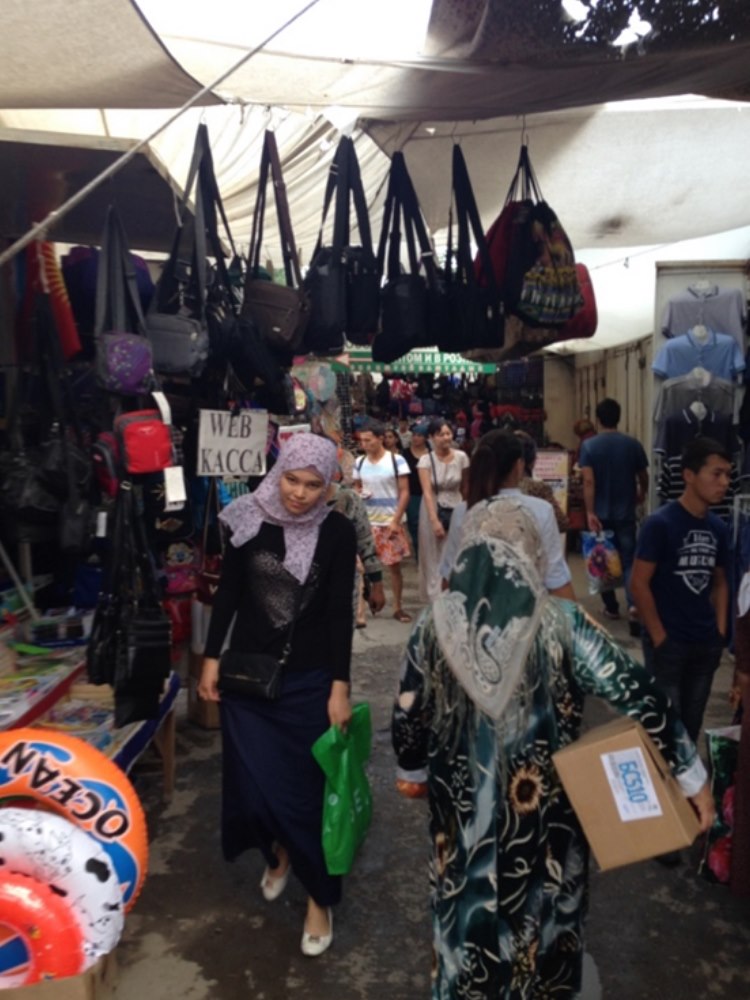 The market was really huge with about 6 alleys being about 6oom long having little stalls to the left and right. Andre purchased a Kyrkistan hat for his collection and eventually the boys strolled through the food market where some delicious tasting peaches were bought by the polish couple and given to team Lipstick as a little thank you for returning their bag. 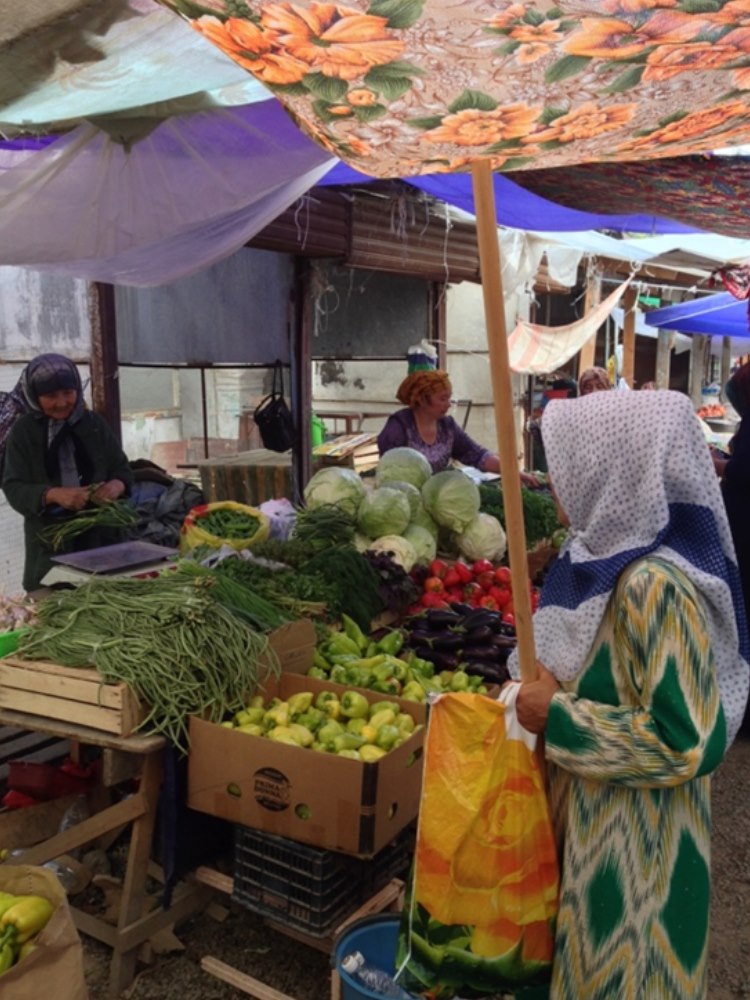 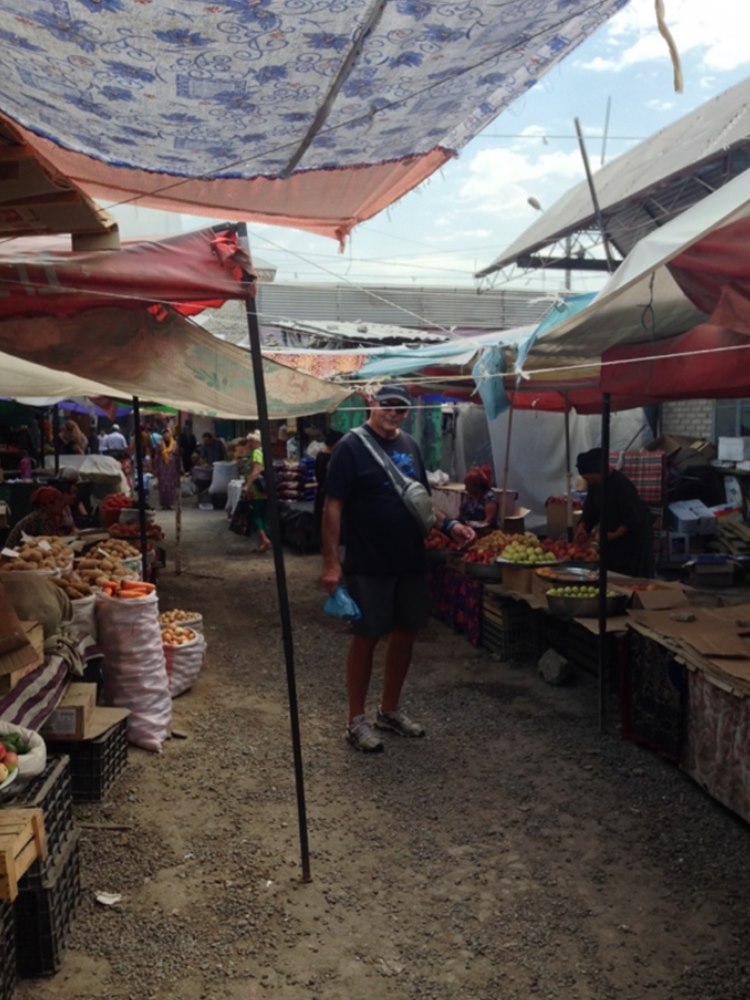 The temperature rose to some 40 degrees and it was decided that team Lipstick would take the polish couple to the outskirts of Osh from where they would try to get a lift towards Bishkek in the North. Shortly after having dropped the couple off and being on the way back to the city Andre received a phone call from them – this time they left their matrass in Lipstick so a U-turn was made and after having found the couple the matrass was handed over to them – three times luckyfor the polish couple!!!! 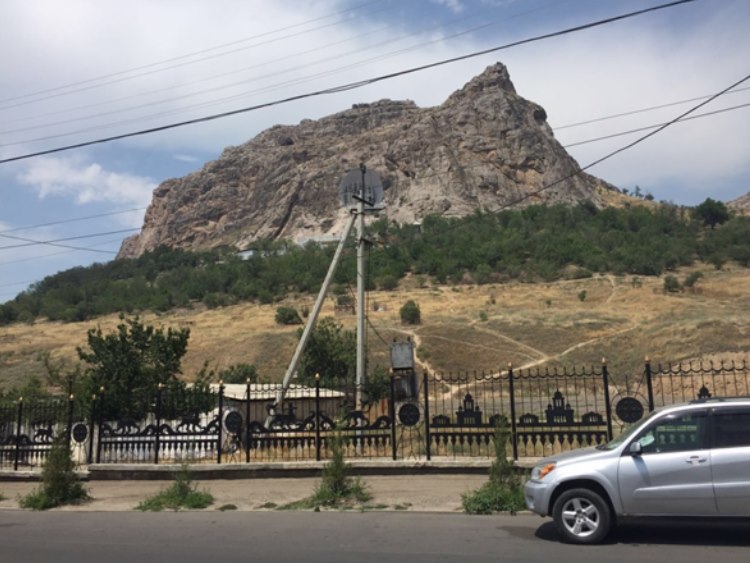 The Sulayman Mountain (also known as Taht-I-Suleiman, Sulayman Rock or Sulayman Throne) is the only World Heritage Site located entirely in the country of Kyrgyzstan (Kyrgyzstan shares the Tian-Shan Silk Road Site with China and Kazakhstan).It is located in the city of Osh and was once a major place of Muslim and pre-Muslim pilgrimage. The rock rises abruptly from the surrounding plains of the Fergana Valley and is a popular place among locals and visitors, with a splendid view. 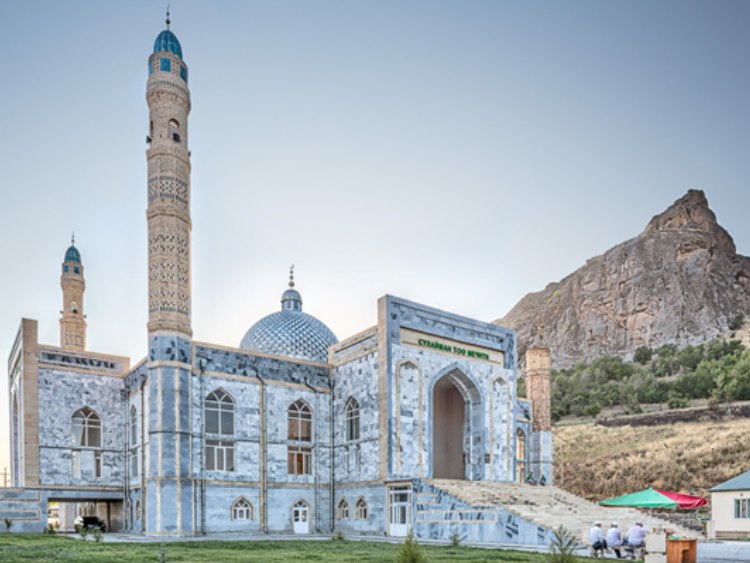 Famous mosque on the bottom of the mountain

Fortunately, the hotel also had a restaurant so it was decided to have dinner there and some other overlanders where met and some nice travel stories where exchanged especially with a gentleman from Belgium whose Landrover broke down in Kyrkistan in 2013 and after having it repaired with an engine imported from England he now returns every year as he seemingly fell in love with Kyrkistan and the surrounding countries.

After a few drinks and a nice meal, the team introduces “Nkonki Chess” to the Belgium gentleman who was very frustrated by not being able to win a single round. He promised that if he would meet up again with the boys he would definitely have solved all tricks of this amazing game. 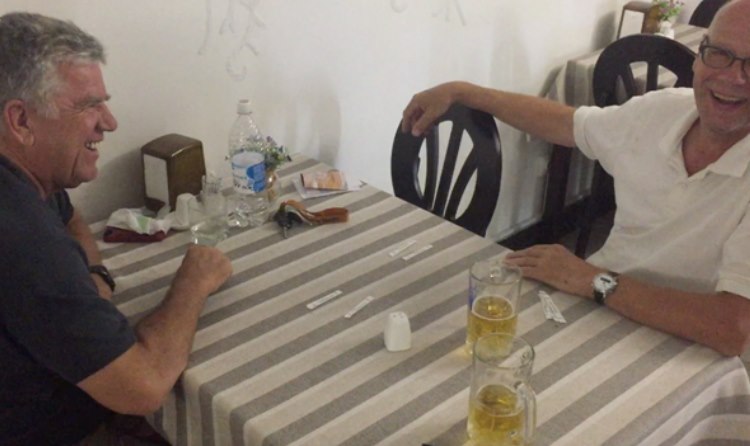