Hamiis a prefecture-level city in eastern Xinjiang, People’s Republic of China. It is well known as the home of sweet Hami melons.

The Xiongnu have been recorded to be the natives as early as the beginning of Han dynasty. During the Later Han dynasty  (210 BC ) Hami repeatedly changed hands between the Chinese and Xiongnu who both wanted to control this fertile and strategic oasis. Several times the Han set up military agricultural colonies to feed their troops and supply trade caravans.

Andre and Willy enjoyed the drive through the start of the Gobi Desert and with rocky hills and sand next to the road there was nothing green to be seen yet alone people or villages.

On arrival at Hami Lipstick was pulled aside by 2 police officers who were immediately joined by two other colleagues which carried automatic guns.

The team was requested to show their passports which could not be read by these law officers and therefor the boys were escorted to a police station some 20m away from the car. Inside the station (thankfully fully air-conditioned) the boys had to sit down whilst the officers made contact with their head office.

Some 20 minutes later 4 more policemen arrived and judging by their uniform they must be of a higher rank which does not necessarily mean that they can speak a word of English. So with Andy as a translator the team had to explain their wherefrom’s and whereto’s.

Having judged the situation team Lipstick was told to proceed to a hotel in Hami and register properly so that the local police has a document which they can reach in their home language.

Within 15 minutes a hotel was found and the team’s records were put into the hotel computer.

After checking in the guys went to visit the Mausoleum of some royal Uygur family.

The Mausoleums of the Hami Uyghur Noble Family, located in Huicheng of Hami City, Xinjiang Autonomous Region, is the tomb complex of the noble family members of the Hami Prince in the area of East Xinjiang. The place where the mausoleums lie is called “Altunalak,” which means the place of gold in the Uyghur language. 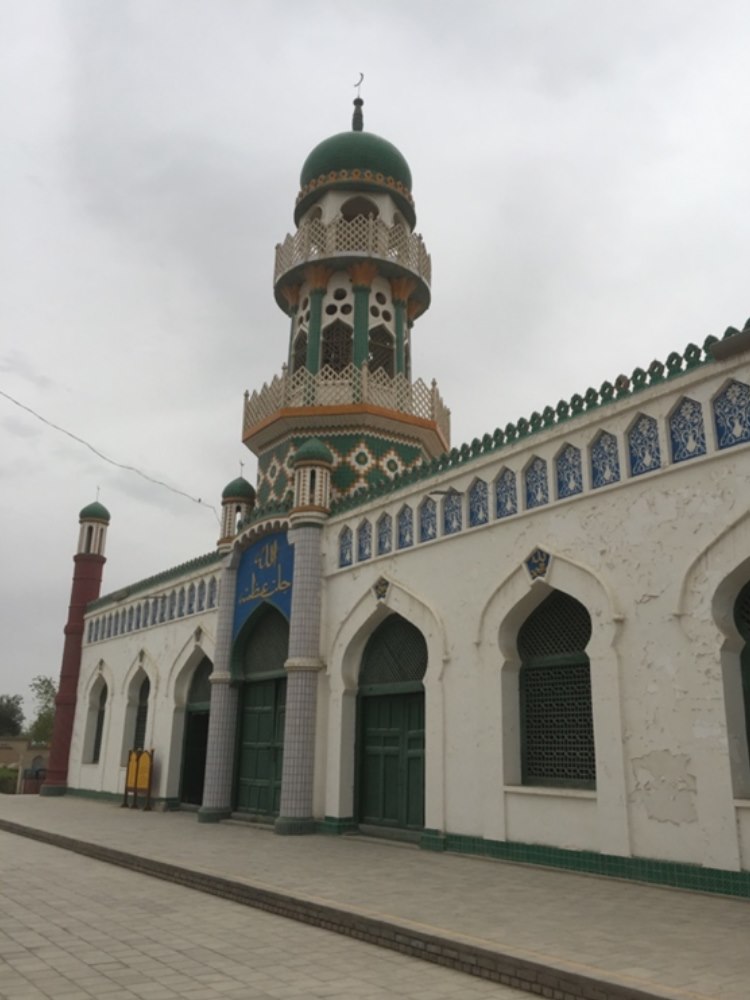 The place where the mausoleums lie is called “Altunalak,” which means the place of gold in the Uyghur language. 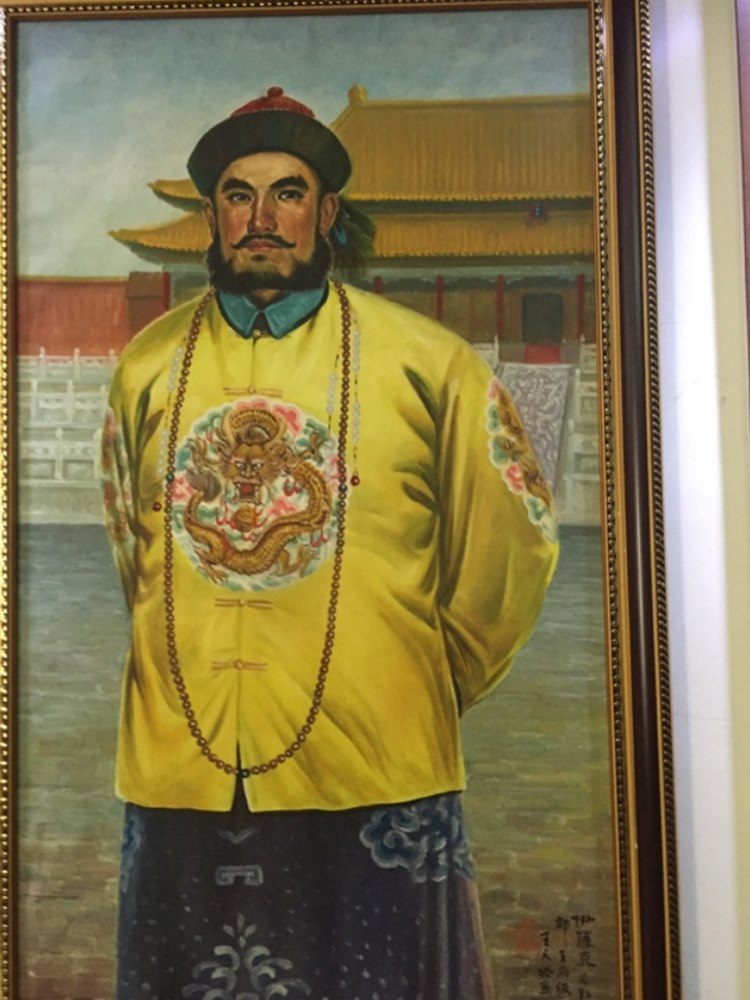 It is worth mentioning that in Hami 70 % of the population are Uyghur’s which have a distinctive more western look than the Chinese. The Chinese government however regard them as being of a lower class and keep a watchful eye on them ever since o 28 October 2013, a car crashed in Tiananmen Square, Beijing, in what police described as a terrorist attackby someUygursh .

The Uyghurs are anethnic group living in Eastern and Central Asia. Today, Uyghurs live primarily in the Xinjiang Uyghur Autonomous Region in China, where they are one of 55 officially recognized ethnic minorities.

An estimated 80% of Xinjiang’s Uyghurs live in the southwestern portion of the region, the Tarim Basin. Outside Xinjiang, the largest community of Uyghurs in China is in Taiyuan County, in south-central Hunan. Outside of China, significant  communities of Uyghurs exist in the Central Asian countries of Kazakhstan, Kyrgyzstan, and Uzbekistan, and in Turkey. 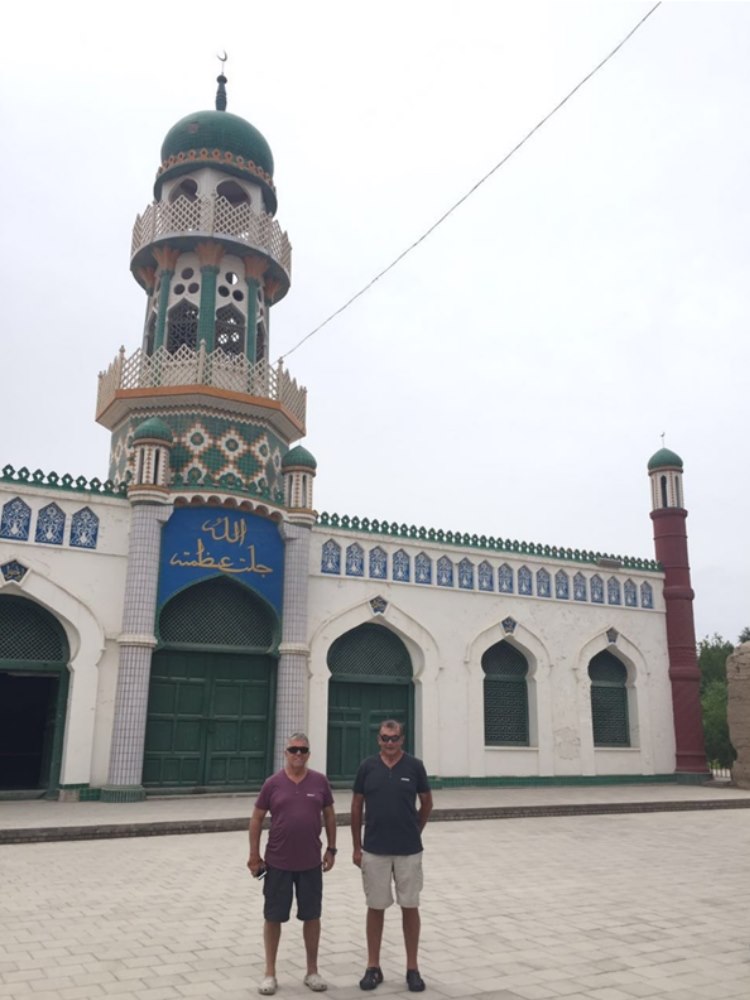 Hami is well known for growing the best lemons available in China and in the evening team Lipstick tasted a few of these delicious farm products.

As Andy( Lipstick’s Chinese guide ) is going his own way in the evening the boys have to get through the motions of finding a restaurant and then negotiating with the waiters through cellphone translation apps and sometimes one of the local chefs just forcessome local specialties onto the boys plate forcing them to properly sterilizing their stomach thereafter with some alcoholic beverages. 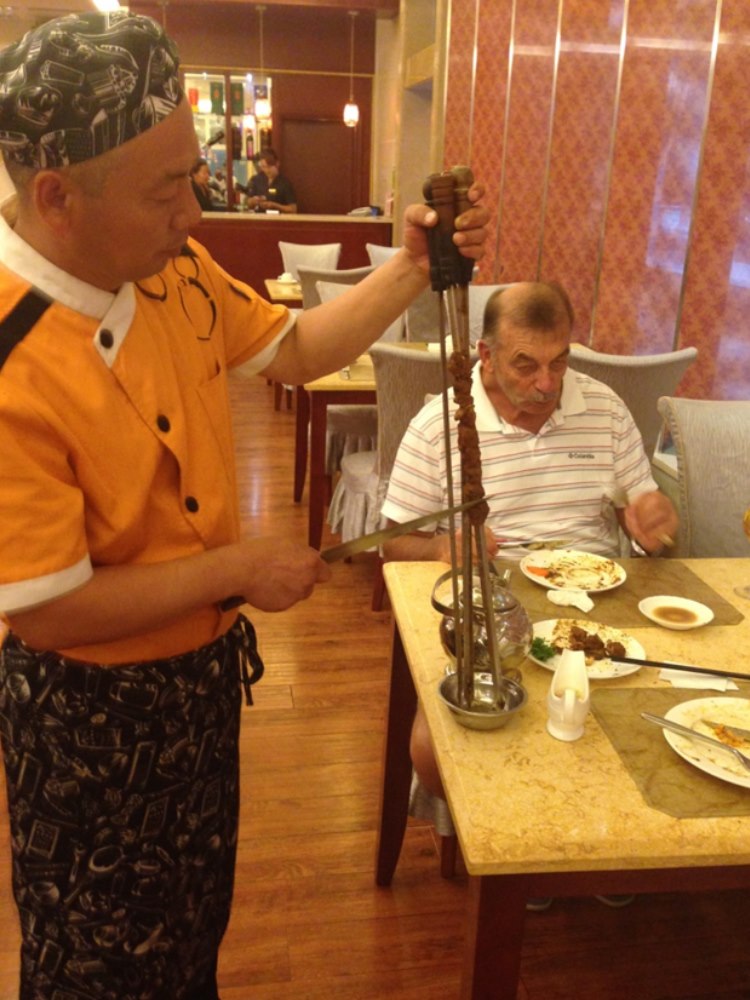 Who can resist a chef with a big knife in his right hand……?