An early start today for team Lipstick as their first call today would be to reach lake Qinqai close to Zhangye.

The owner of the hotel in Xining spoke very good English and presented the boys with a perfect breakfast.

The drive to Zhangye however took longer then expected and so the team decided to rather stay over in Zhangye as the lake would have meant driving another 150km  there and 150 km back and for this trip it was simply too late.

Qinghai Lake (Kokonor is the largest lake in the People’s Republic of China. Located in Qinghai province on an endorheic basin, Qinghai Lake is classified as a saline and alkaline lake. Qinghai Lake has a surface area of 4,317 square km; an average depth of 21m, and a maximum depth of 25.5m as measured in 2008.The current Chinese name “Qinghai,” the older Mongolian name Kokonor, and the Tibetan name translate to “Green Lake”, “Blue Lake” and “Teal Sea”, respectively. Qinghai Lake is located about 100 kilometers ( west of the provincial capital at 3,205 m (10,515 feet) above sea level in a depression of the Tibetan plateau. Twenty-three rivers and streams empty into Qinghai Lake, most of them seasonal. Five permanent streams provide 80% of total influx.

The lake has fluctuated in size, shrinking over much of the 20th century, but has increased since 2004. Despite its salinity, it has an abundance of fish, such as the edible naked carp. 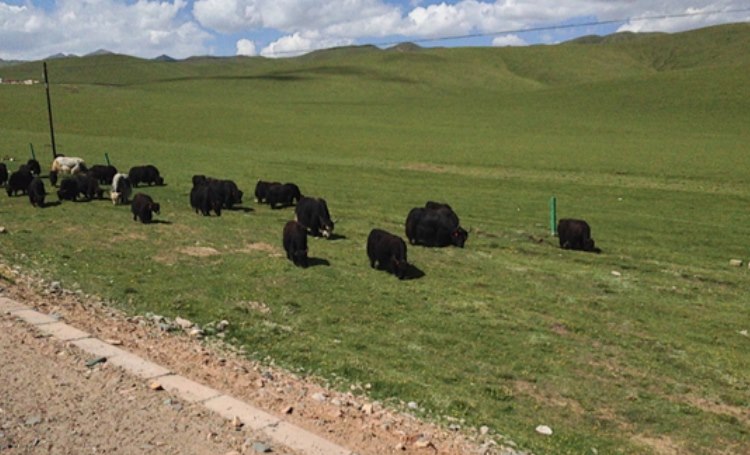 The locals here offer tented accommodation for tourists and many colourful rest areas of that type appeared and increased in numbers as the team approached Lake Qinghai and locals could be seen wearing their local traditional attire. 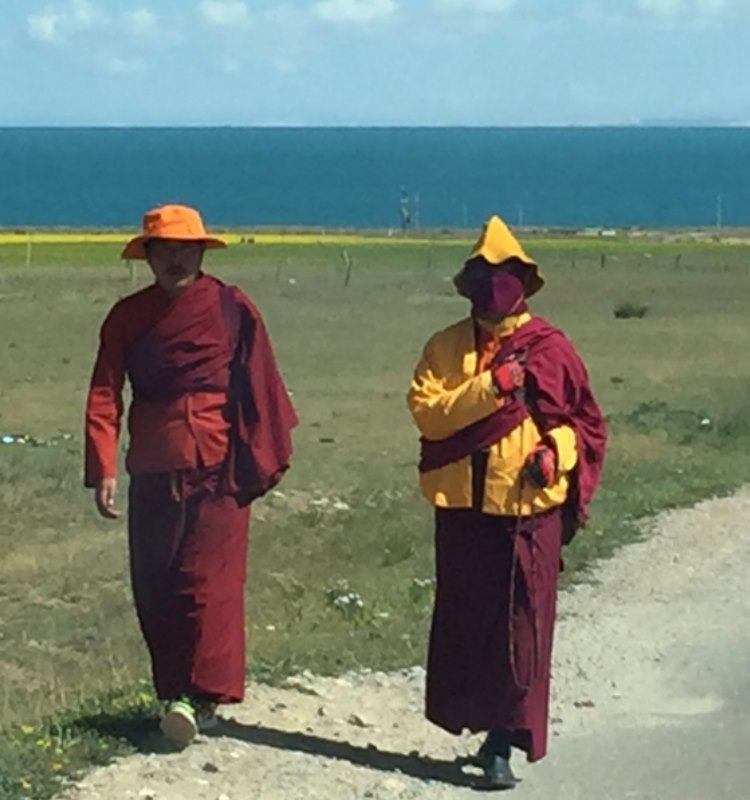 A couple walking to town with Lake Qinghai in the background.

Eventually Lipstick was parked on the edge of the lake after paying 20 RMB access fee to local man who did not look like an official at all and could also not issue an official receipt – Andre and Willy assumed that they drove through the guy’s land so did not want to argue about it too much.

Lipstick parked off on China’s biggest Lake called Qinghai – the water is salty!

Besides agriculture the locals derive their income mainly from tourism as this area seems to be a big attraction to to Chinese visitors and many souvenir shops line up on the shore of this huge lake. 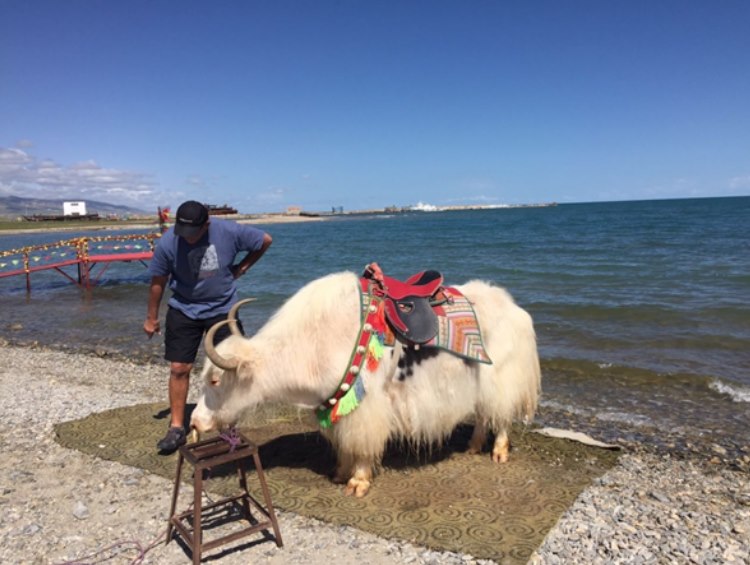 Yaks are offered to ride around on them but in this case the Yak thought that Andre is too big and Andre thought that the Yak is too short and that he would risk scratching his toes on the rough stones if he would ride on it.

After enjoying the scenery for a while the team decided to hit the road again but not before enjoying a local barley tea in one of the many small restaurants which line up along the road towards Zenzhe.

Soon they found themselves crossing huge mountains and climbing up to 4300m above sea-level and the thin air even caused Lipstick to become less responsive when the accelerator was pressed down. The roads were winding themselves up in serpentine style and through valleys with mountains on either side. When the top was eventually reached the boys had a most beautiful vie of the lands lying in front of them and even snow covered mountains could be seen in the far distance. 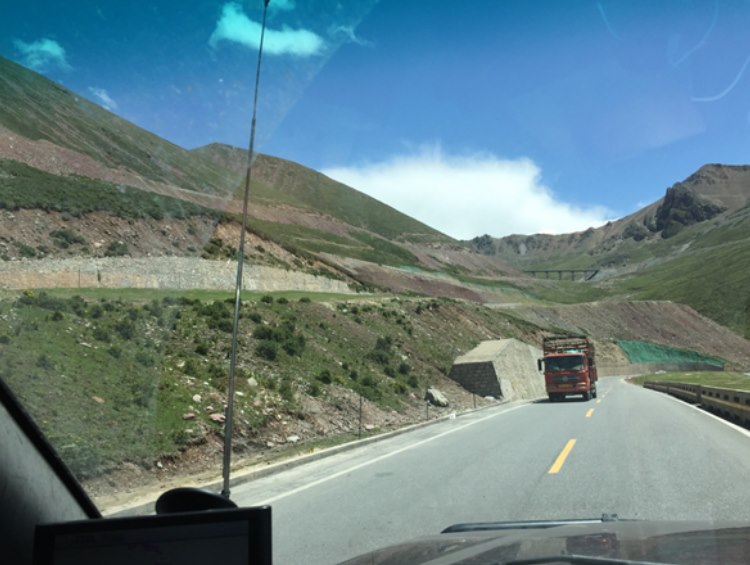 Lipstick climbing up the mountains in Northwestern China… 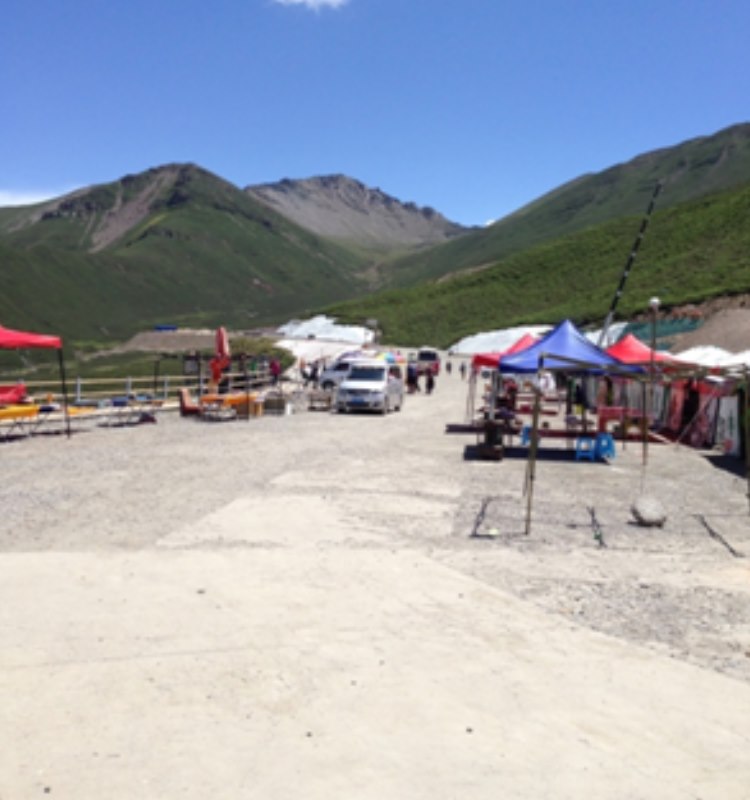 At the peak many souvenir shops appeared selling their stock to those who conquered the winding road on both sides of the mountain. 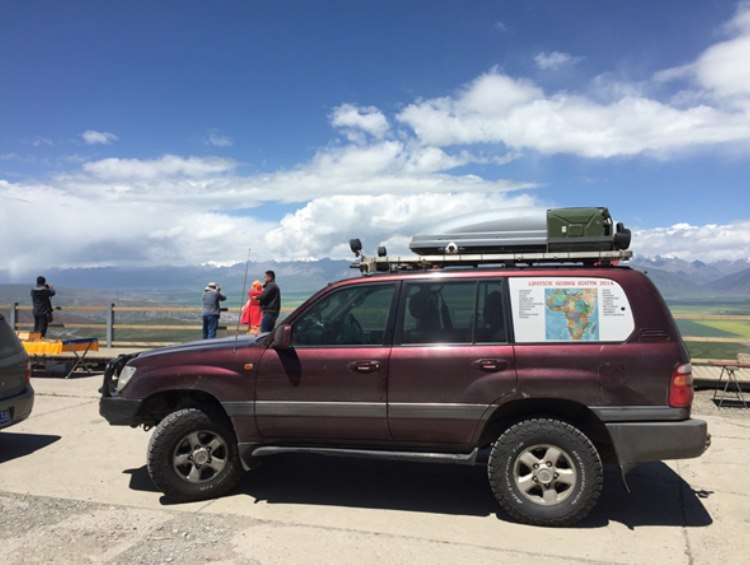 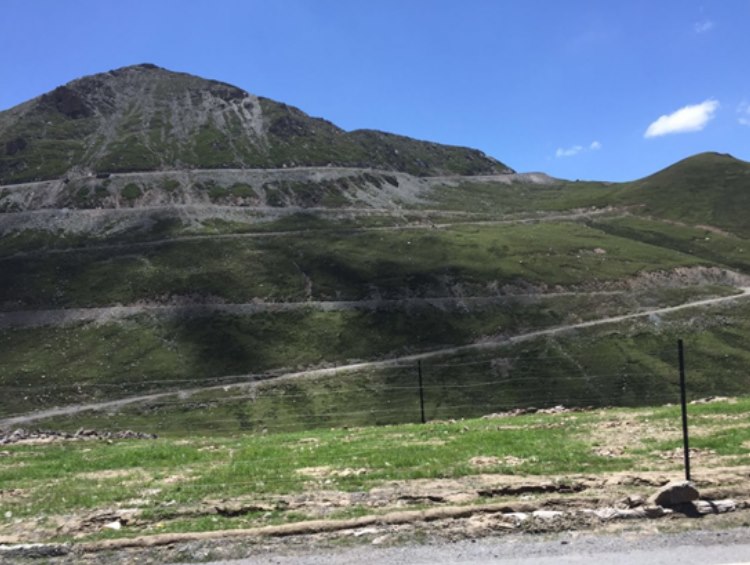 A look back to the serpentines.

And a look forward to what lies ahead. 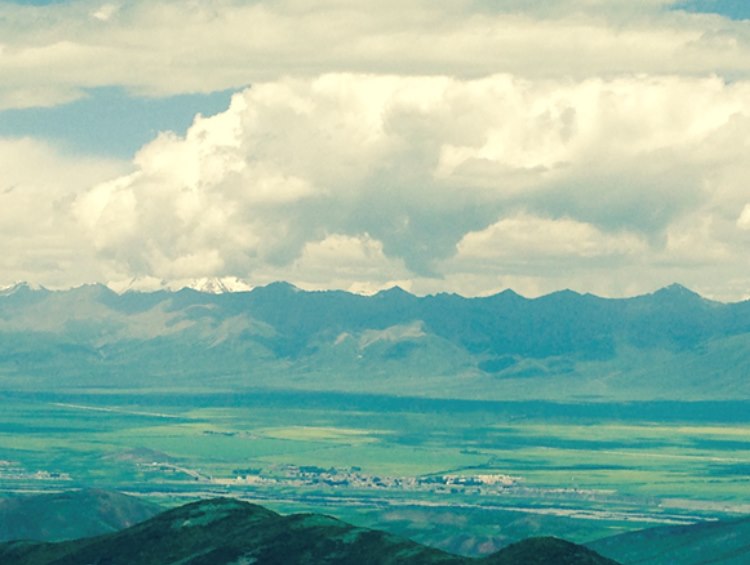 A wall of mountains appeared on the other side of the mountains just passed.