After leaving Datong team Lipstick headed further south towards the famous “Hanging Temples” near the town of Hunyuan.

Along with the Yungang Grottoes, the Hanging Temple is one of the main tourist attractions and historical sites in the Datong area. Built more than 1,500 years ago, this temple is notable not only for its location on a sheer precipice but also because it is the only existing temple with the combination of three Chinese traditional religions: Buddhism, Taoism, and Confucianism. The structure is kept in place with oak crossbeams fitted into holes chiseled into the cliffs. The main supportive structure is hidden inside the bedrock. The monastery is located in the small canyon basin, and the body of the building hangs from the middle of the cliff under the prominent summit, protecting the temple from rain erosion and sunlight.

It an amazing site seeing the temples built straight on the wall of a mountain and one battles to imagine how the idea to built something like that was born (could have been on a Saturday morning after a T58 meeting). 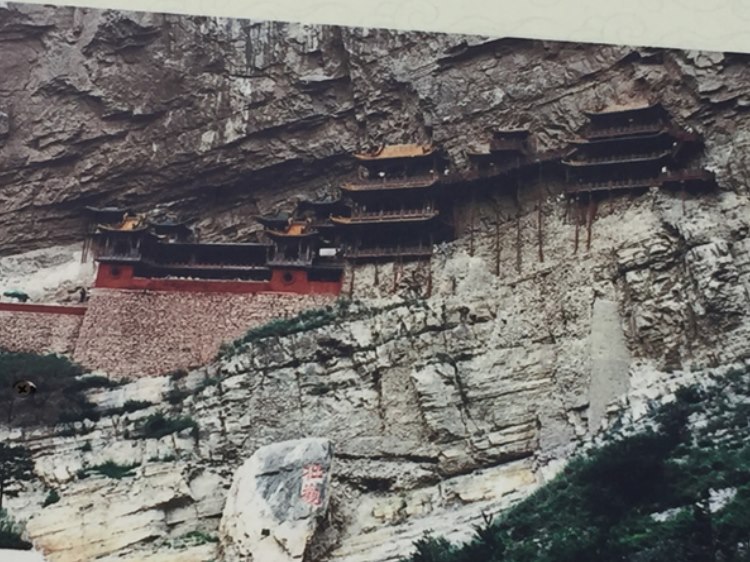 The hanging temples of  Hunyuan

According to legend, construction of the temple was started at the end of the Northern Wei dynasty by only one man, a monk named Liao Ran.

Whilst Andy mentioned that he climbed up there already and that there is no need for him to repeat this – both Willy and Andre insisted that this would be worth a bit of sweat and off they went through the valley to enter the many steps to come.

Not only the endless steps but also very narrow walkways over the disappearing ground made sure that the teams adrenalin pump was at maximum revs. 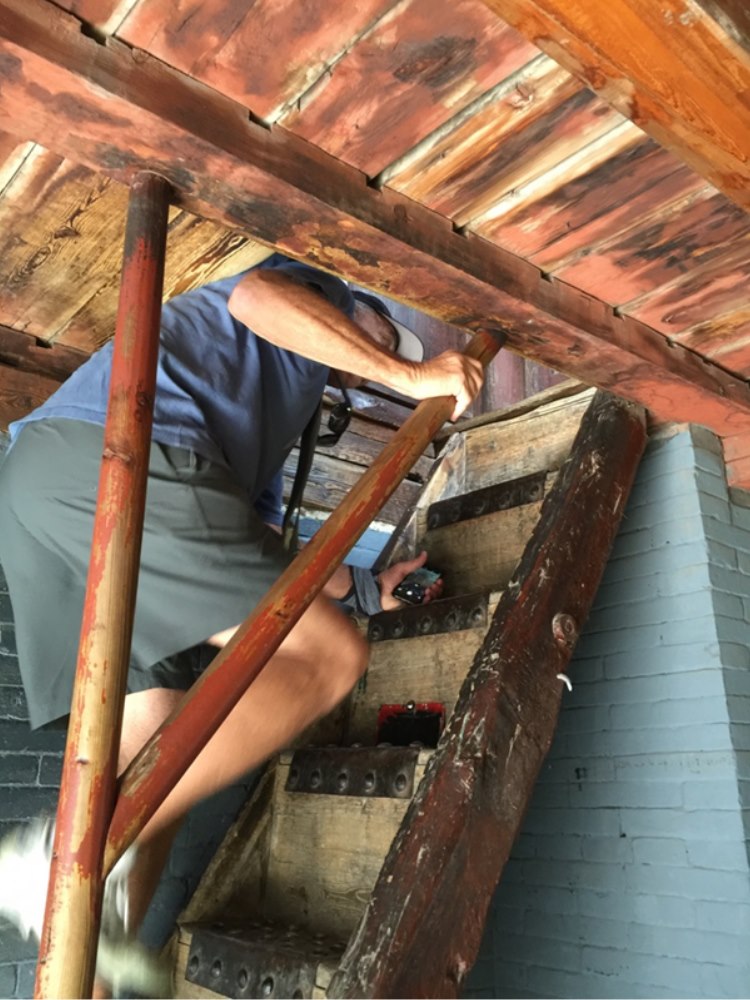 Up they go where the eagles cry on mountain high…

Arriving on top and standing on the 800mm wide Balcony on the top structure was priceless as the view from here is mind boggling but the boys had their ears wide open for any noise caused by cracks in the wooden structure of the monk’s nest which would have made any eagle proud. 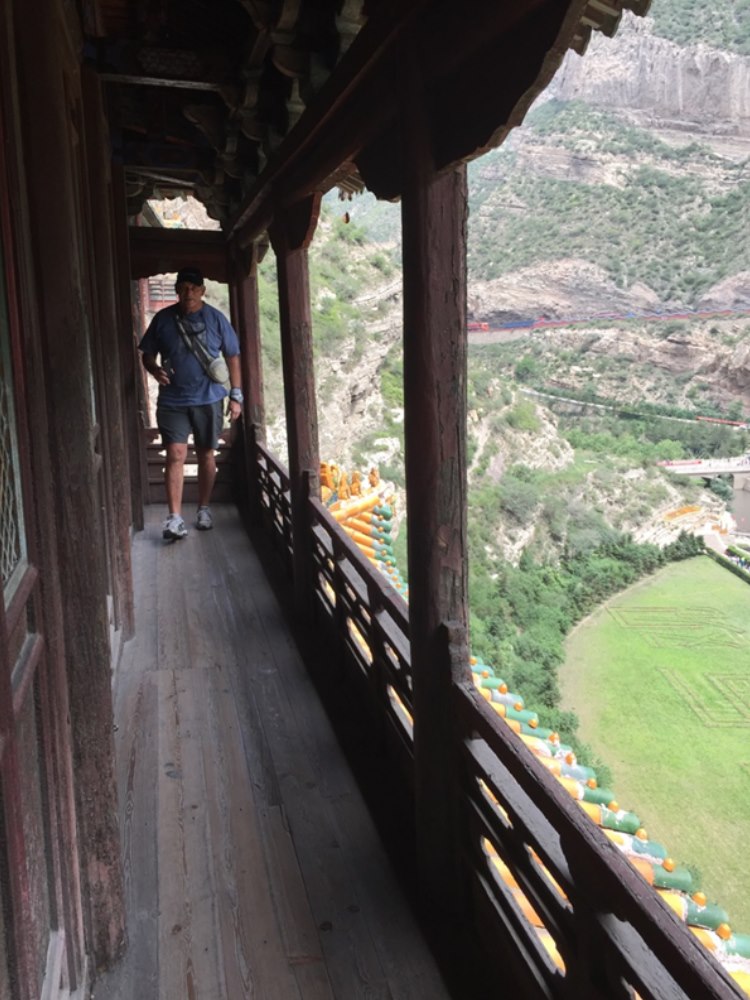 The descent from up there was another task by itself as one had to descend through wooden floor doors and steps hardly wider than half a meter. Old Liao must have been on a serious diet when he constructed this world wonder and never thought about average built Europeans like Willy and Andre. 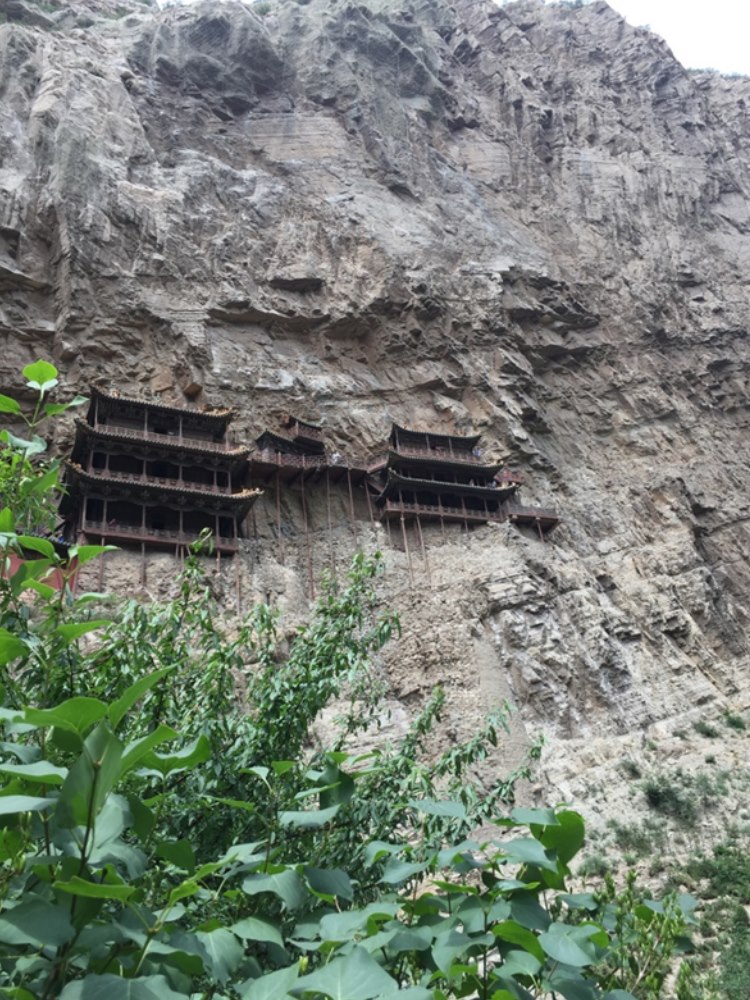 Into the car again and heading further south towards Pingyao were they would stop next.

The city walls of Pingyao were constructed in the 3rd year of the Hongwu Emperor (1370). The walls have six barbican gates. The north and south sides have one gate each. The east and west sides have two gates each. This pattern is similar to that of a turtle (the head, tail and four legs), earning Pingyao the moniker “Turtle City.” The walls measure about 12 meters high, with a perimeter of 6,000 meters. A 4-metre wide, 4-metre deep moat can be found just outside the walls. Aside from the four structured towers at the four corners, there are also 72 watchtowers and more than 3,000 battlements. In 2004, part of the southern walls collapsed but were reconstructed. However, the rest of the city walls are still largely intact and are considered among the best-preserved ancient city walls on this scale. This makes the city walls the centerpiece of the Heritage Site.

Pingyao was the financial center of China in the late Qing Dynasty. During those times, there were as many as 20 financial institutions within the city, comprising more than half of total in the whole country. Among these is “Rishengchang,” considered the first bank in China. Rishengchang controlled almost 50% silver trade when its scale reached the top in the whole Qing Dynasty. It continued to maintain its prosperity until going bankrupt in 1914 because lots of the modern banks were built up. The 2009 film Empire of Silver depicted the tribulations of a Shanxi bank-owning family that lived in Pingyao during the early 20th century.

As no cars are allowed in this ancient city Lipstick was parked off on a parking side outside the town and the team was fetched in an electric golf cart and taken to Guesthouse which must have seen tens of thousands of sunrises…. 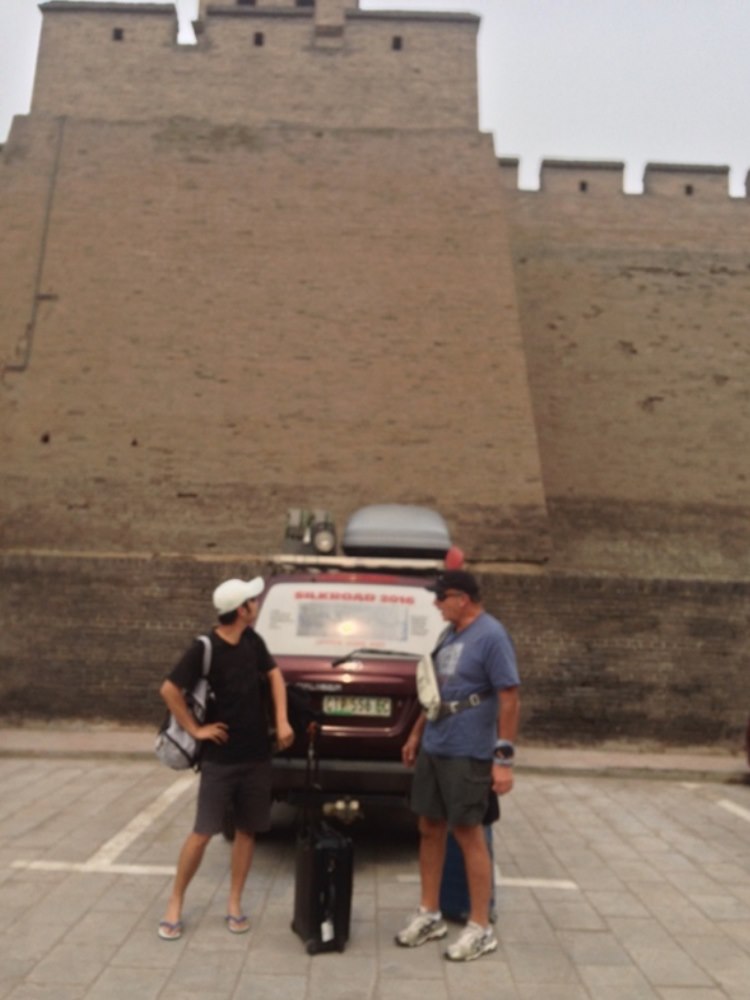 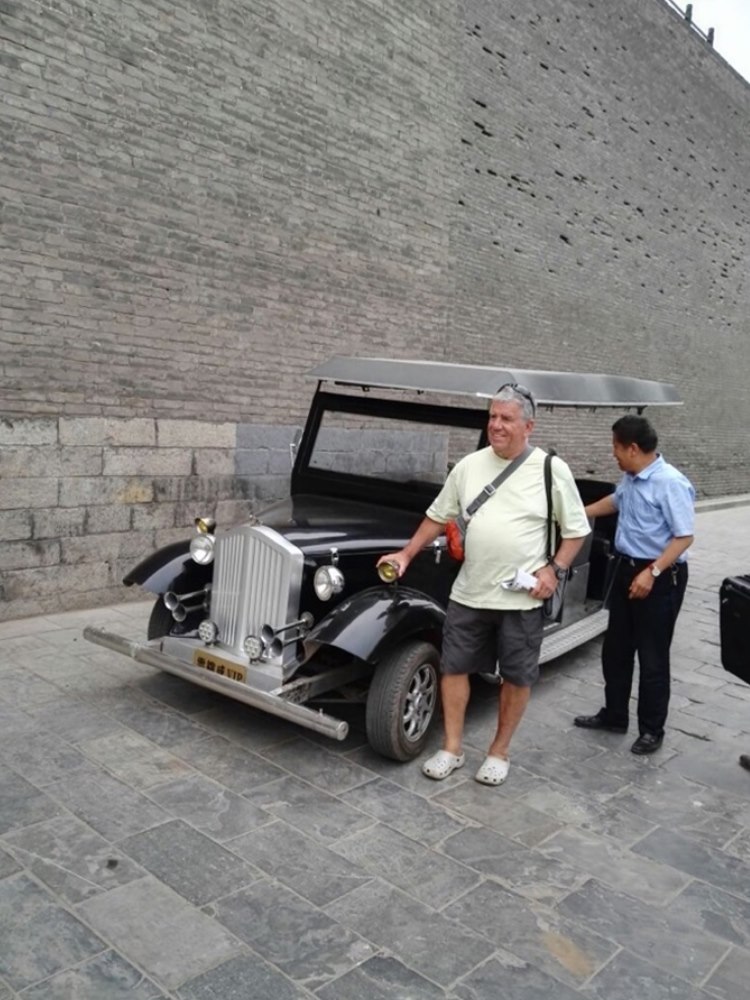 One can just imagine the many traders which came along their silk road journey putting their body down for a good rest in this ancient place of rest. 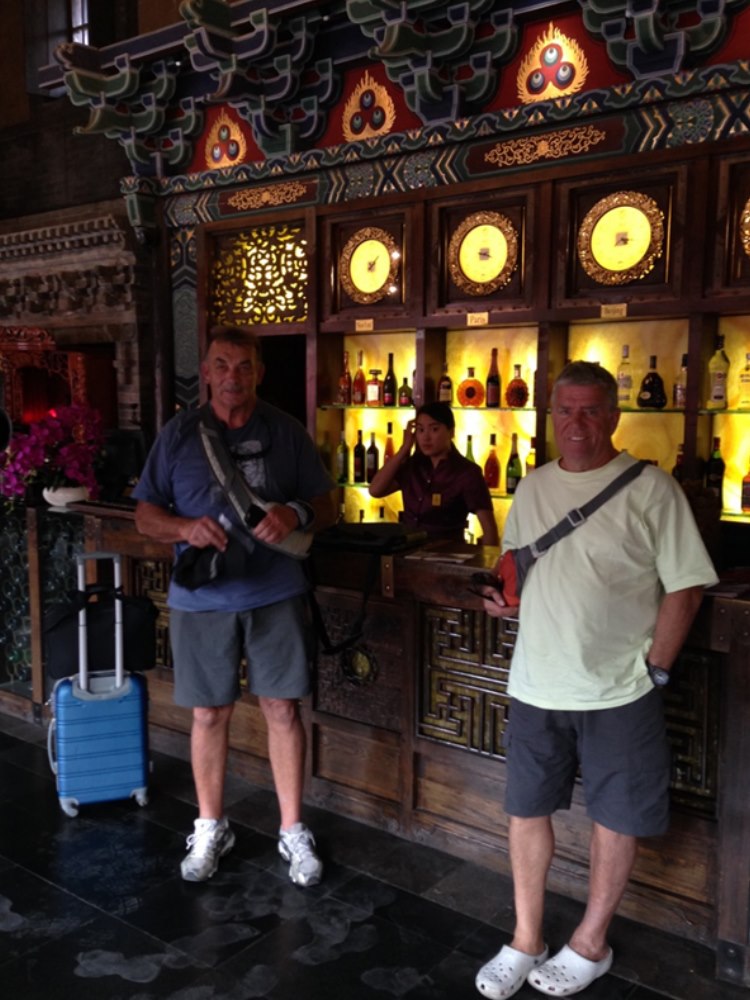 The Hotels reception area made the team very welcome….

The main street in front of the guesthouse was buzzing with trade and hundreds of little shops looking for customers. 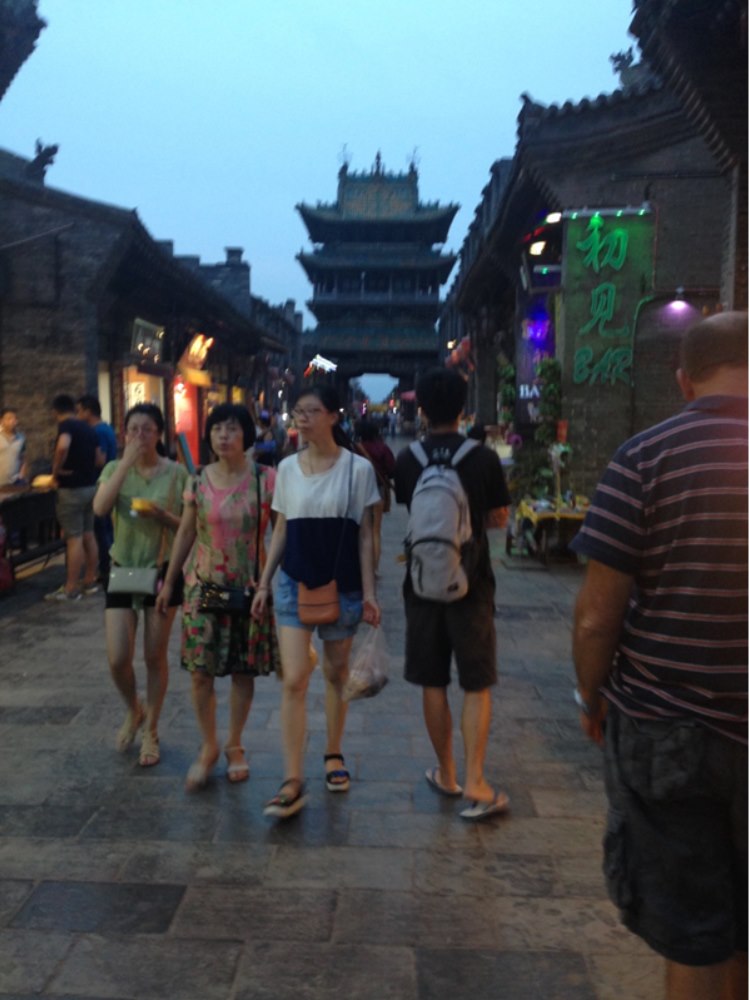 The shopping street in Pingyao

The boys together with Andy enjoyed a really tasty Chinese meal consisting of some know and some unknown specialties and a bootleg of Chinese white wine greatly assisted the taste buds of team Lipstick. 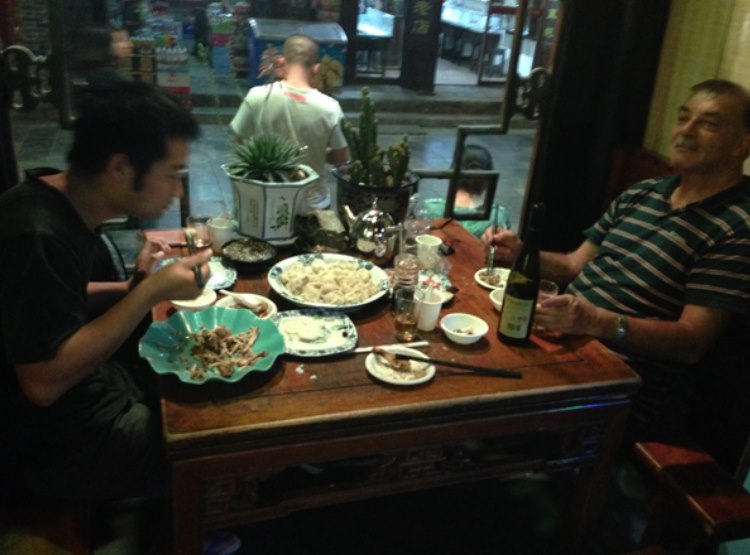 Another great day in China…