first of all, visited the coffin with the mummified body of Mao tse Tung the founder of communist China. 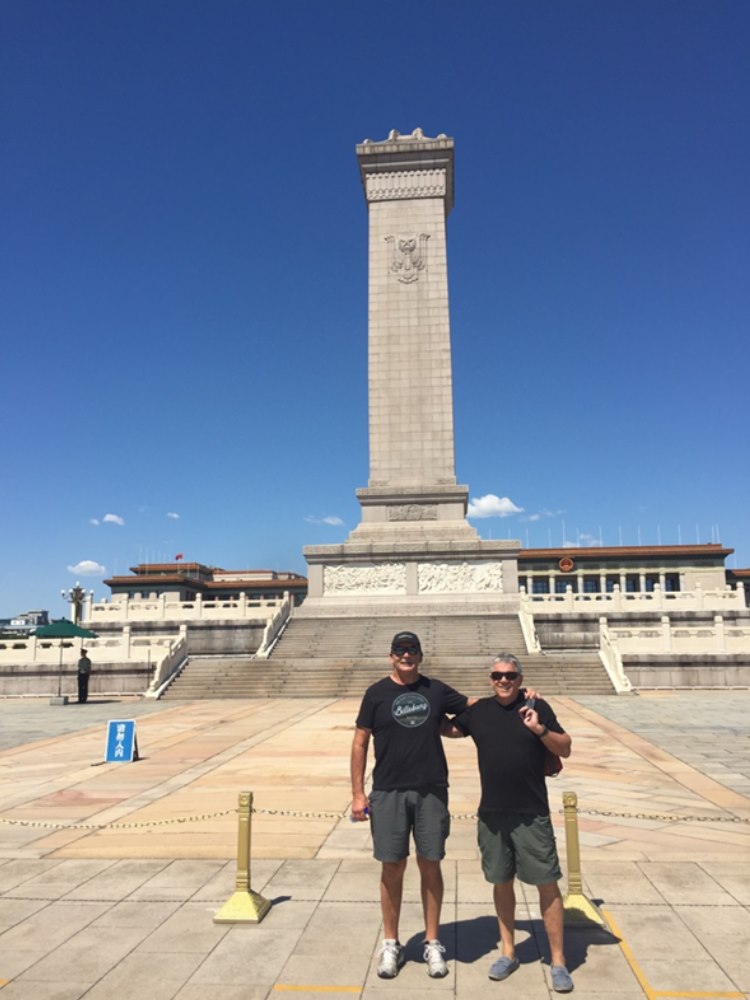 Andre and Willy in the middle of Tiananmen square

His last place of rest is situated in the middle of Tiananmen square which is believed to be the biggest square of the world. It is huge indeed.

It is quiet something to seeing someone lying in a glass coffin as thousands of tourists walk by. Security is very strict and no cameras are allowed, sunglasses must not be worn and if you wear a hat you better take it off!

The guys in front of Mao’s grave …

The sweeping account of the life of Pu Yi (John Lone), the last emperor of China, follows the leader’s tumultuous reign. After being captured by the Red Army as a war criminal in 1950, Pu Yi recalls his childhood from prison. He remembers his lavish youth in the Forbidden City, where he was afforded every luxury but unfortunately sheltered from the outside world and complex political situation surrounding him. As revolution sweeps through China, the world Pu Yi knew is dramatically upended.

The forbidden city is across the busy street adjoining the square to visit the “forbidden city” which was home of the last emperor of China.

The construction of the grand palace started in the fourth year of Emperor Dongle of the Ming Dynasty (1406), and ended in 1420.

In ancient times, the emperor was said to be a son of Heaven, and therefore Heaven’s supreme power was bestowed upon him. The emperors’ residence on earth was built as a replica of the Purple Palace where God was thought to live in Heaven.

Names: Such a divine place was certainly forbidden to ordinary people and that is why the Forbidden City is so named. Originally called Zijin Cheng (‘Purple Forbidden City’), in China now it is usually called Gugong (故宫 /goo-gong), the ‘Former/Old Palace’.

Team Lipstick at the entrance of the “Forbidden City…

There are around 9 palaces within the forbidden city with close to 10.000 rooms and the team walked through from one end to the other admiring some cultures of times long gone by.

This must be the most visited place in Beijing and the place was full of international tourists from around the world. 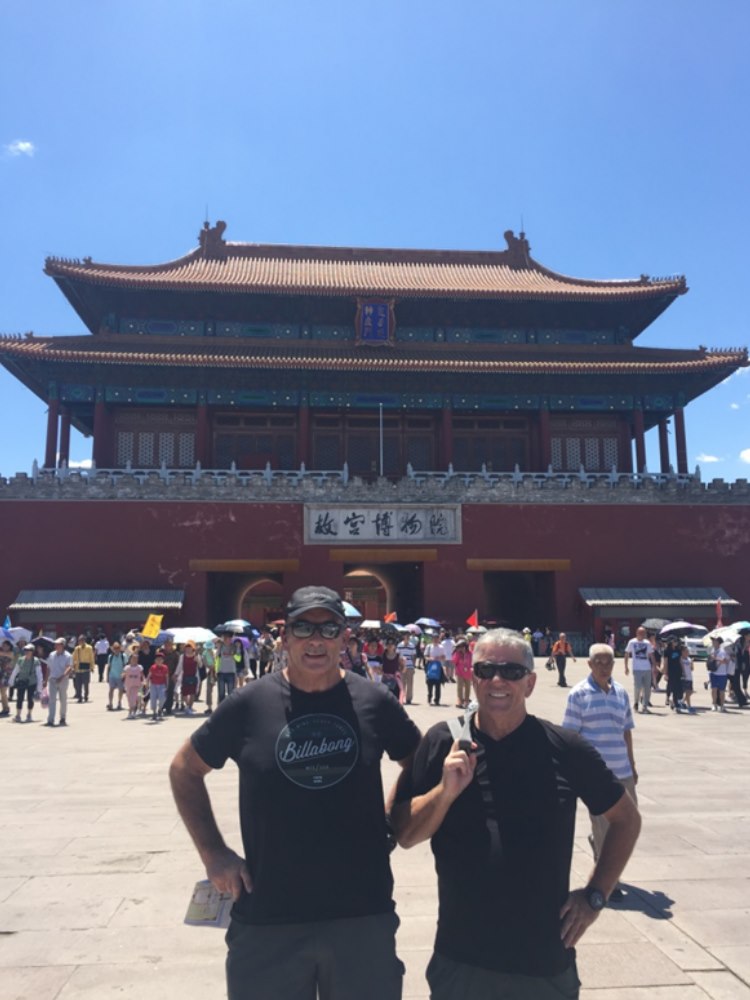 The boys in inside the forbidden city

After the tiring walk around the boys went back to the city centre by bus and boarded the subway on the way to the Olympic Stadium (the 2015 Olympic games took place in Beijing.

Willy and Andre in front of Beijing’s Olympic Stadium..

Again Andre and Willy were astounded by a beautiful piece of architecture which is also known as the “bird’s nest” and drove around the whole stadium in an electric golf car.

Frome there they had a look at the “water cube “where the Olympic water sports competitions took place in 2015. 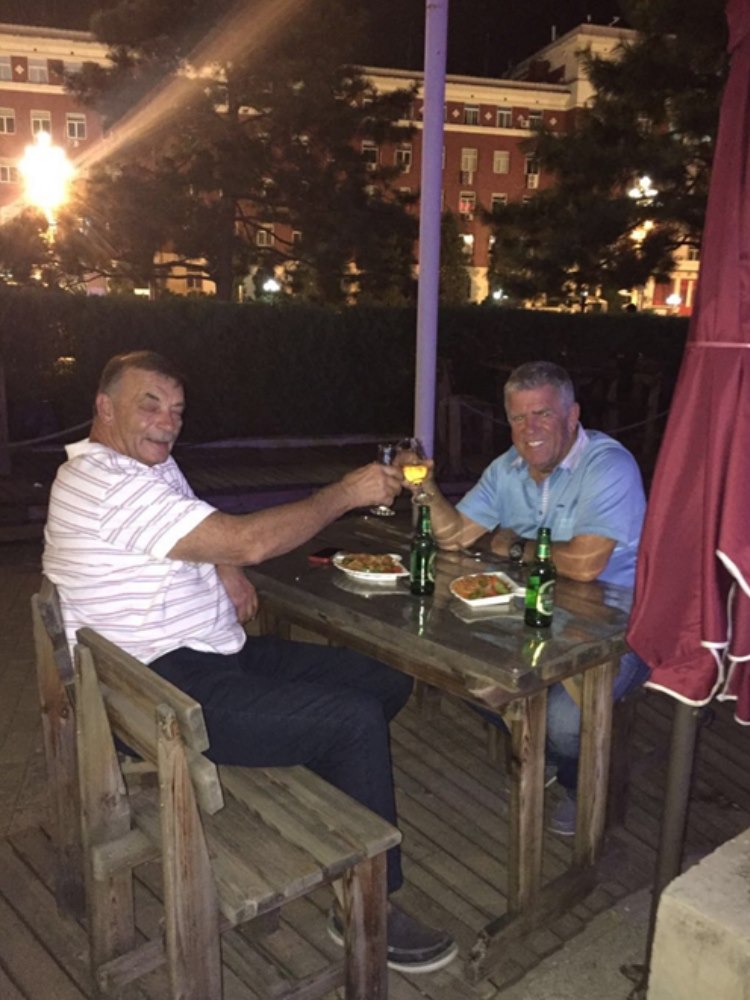 Sundowner in Beijing after a great day of sightseeing

Again a great day full of history was enjoyed by team Lipstick in this huge city of Beijing with its close to 12 Million citizens.