Andy fetched the boys from the guesthouse early morning and the team went straight to the area where Confucius used to hang around.

For those who are not too familiar with Confucius here a few explanations about his life which can be found on the web:

Confucius (/kənˈfjuːʃəs/; September 28, 551 – 479 BC)[2][3] was a Chinese teacher, editor, politician, and philosopher of the Spring and Autumn period of Chinese history.

Confucius’s principles had a basis in common Chinese tradition and belief. He championed strong family loyalty, ancestor worship, respect of elders by their children and of husbands by their wives. He also recommended family as a basis for ideal government. He espoused the well-known principle “Do not do to others what you do not want done to yourself”, the Golden Rule.

Soon after Confucius’ death, Qufu, his home town, became a place of devotion and remembrance. The Han dynastyRecords of the Grand Historian records that it had already become a place of pilgrimage for ministers. It is still a major destination for cultural tourism, and many people visit his grave and the surrounding temples. In pan-China cultures, there are many temples where representations of the Buddha, Laozi and Confucius are found together. There are also many temples dedicated to him, which have been used for Confucian ceremonies

Well with above knowledge on hand the team entered the temple of Confucius in order to possibly suck in some of his wisdom.

The temple area is huge and one needs to walk from on Pagoda styled mansion to the next which are all situated in beautiful gardens and showing some old Chinese architecture. The pictures hereafter will be self explanatory. 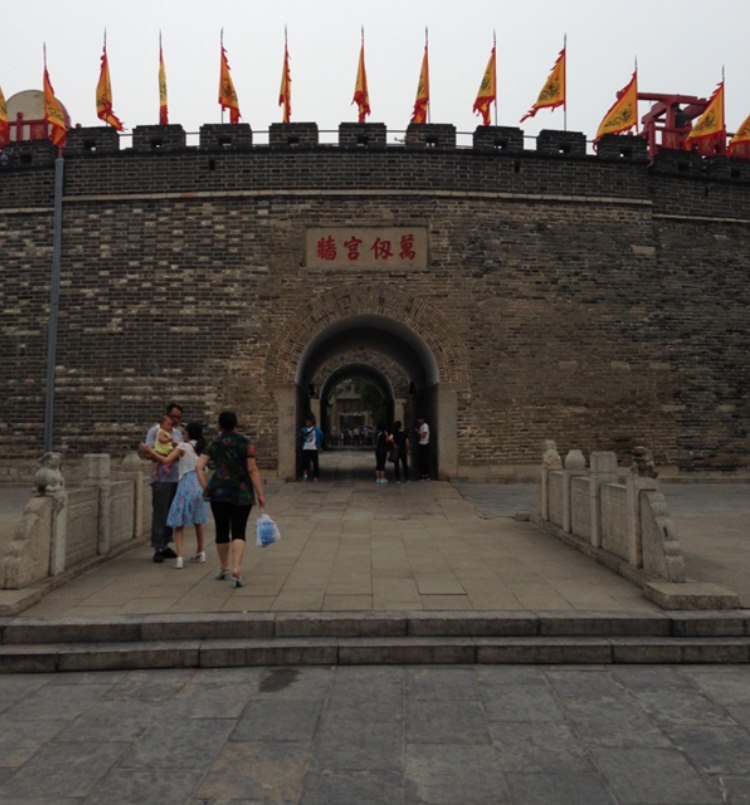 The wall surrounding the temples of Confusions 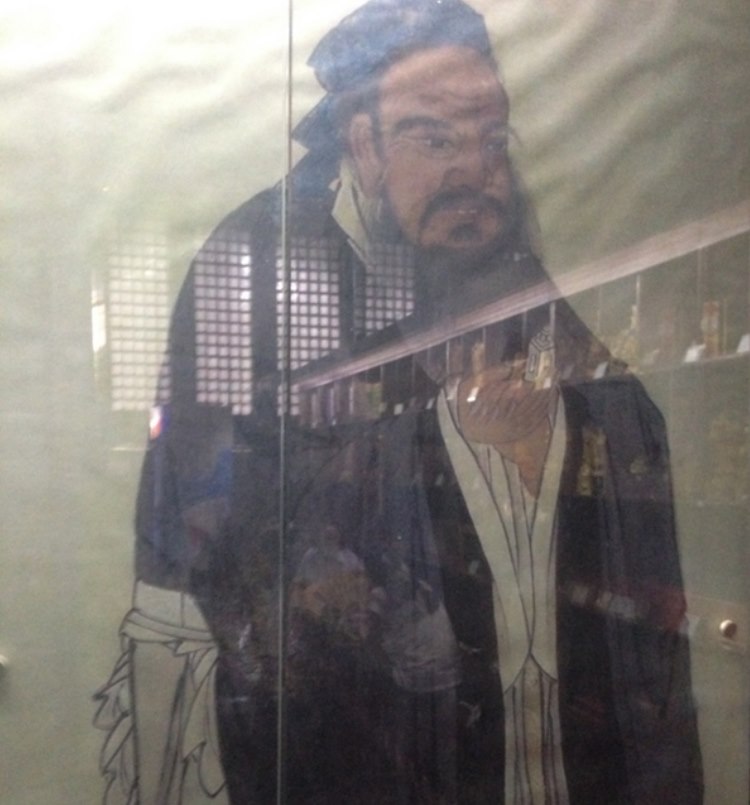 This is how Confusions looked 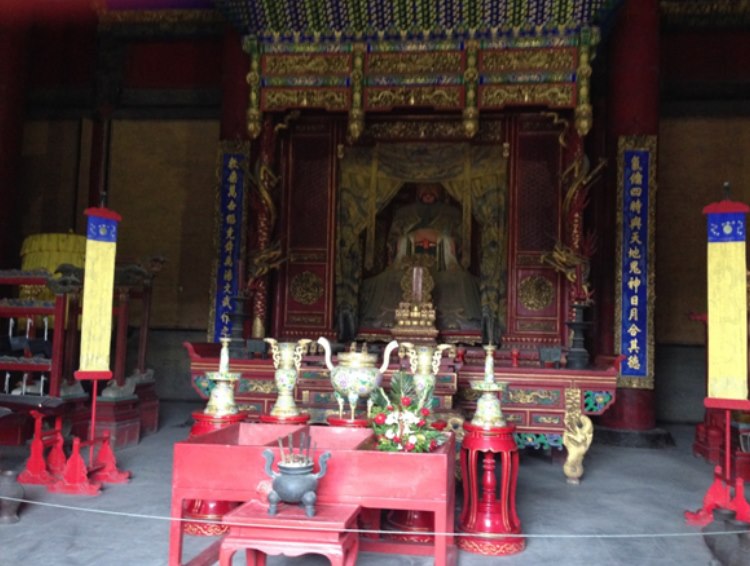 The throne of Confucius 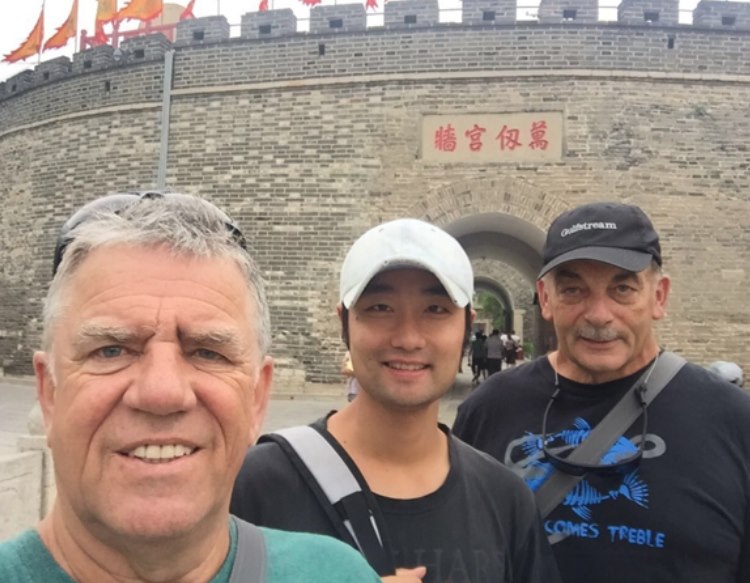 The boys at the entry to the temples of Confucius 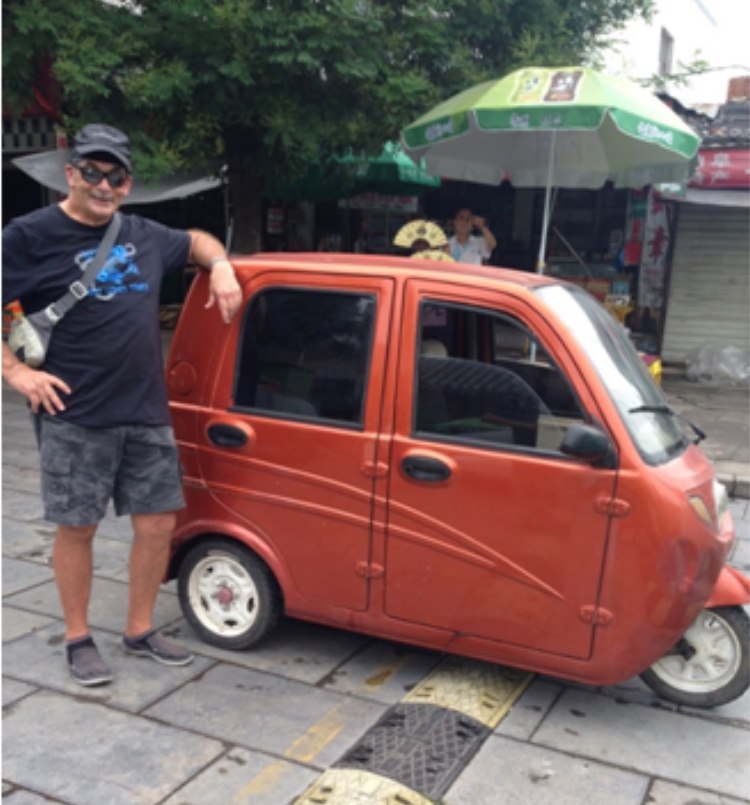 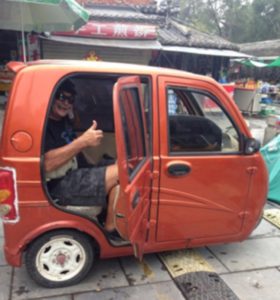 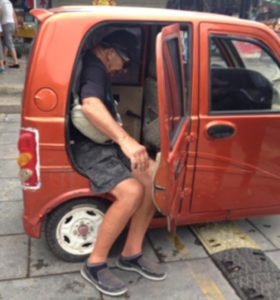 Having visited the homestead of Confucius it was time to hit the road to Beijing and after refueling Lipstick was again on a nice highway when a torrential rain hit the boys.

Lipstick had to be slowed down to a low speed of 60-80km as there was very limited visibility just a wall of water in front of it. This terrible weather carried on for the next 2 hours and was not pleasant at all.

Despite Andy’s repeated request to think about parking the car it was decided to follow through a keep going in order to not arrive in Beijing too late. 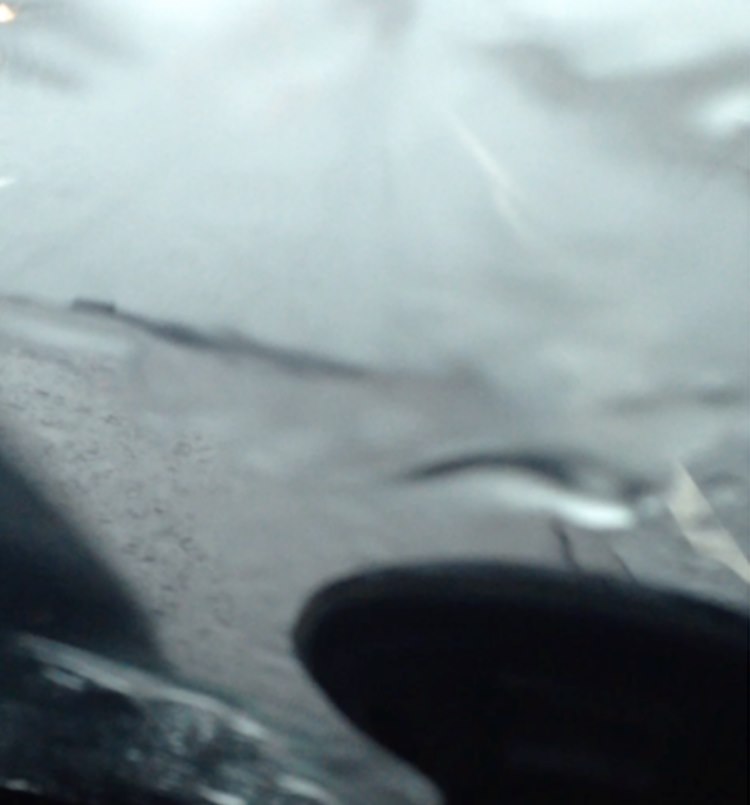 Shortly before Beijing the rain subsided but the traffic increased when the first of 7 ring roads surrounding Beijing was reached. Shortly before sunset the team reached the old Raffles hotel which is based close to the “Forbidden City” and to their surprise they were offered a free upgrade to the 2 bedroomed presidential suite. 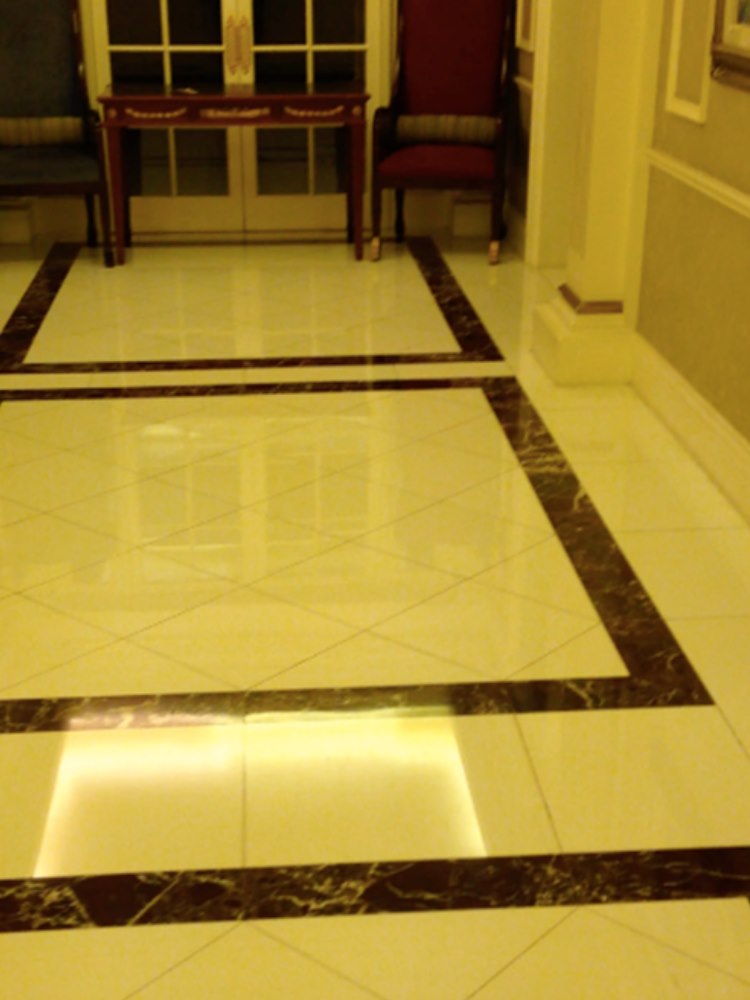 The entrance foyer of Raffles presidential suite in Beijing 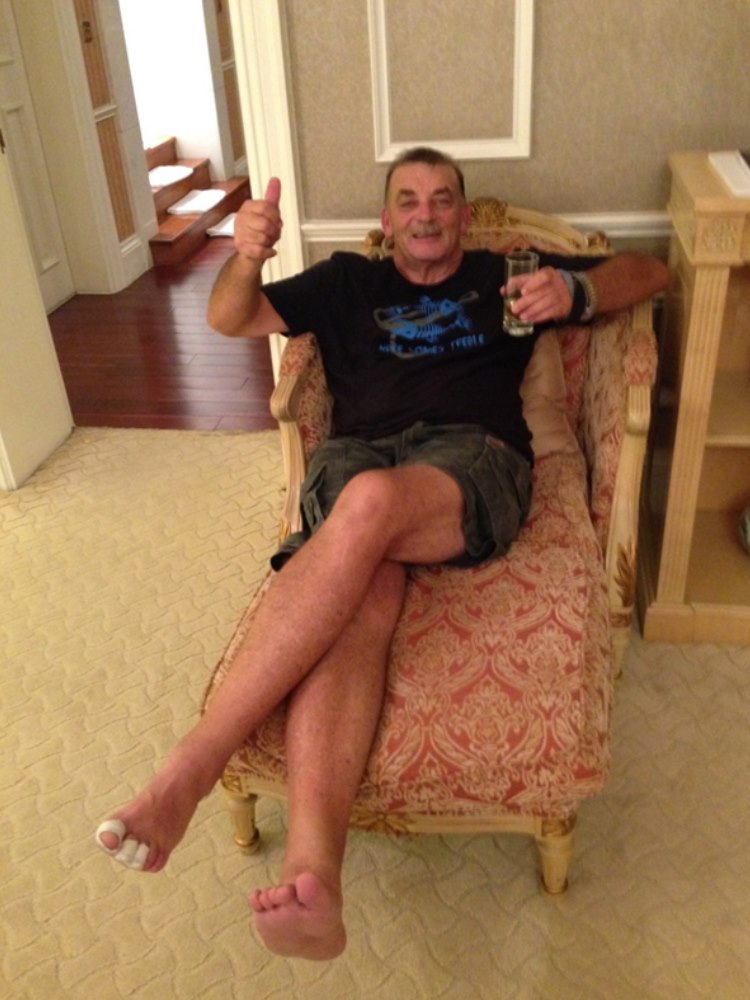 Andre agrees that this is the right room for a man who walkes his foot sore
In the temples of Confuzious…..

Rather hungry the team proceeded to a local restaurant and had great difficulty with the menu in Chinese and the waiter’s knowledge of English so some chicken pieces were ordered and the boys found out that actually chicken feet is what you get ….