Those symptoms will always manifest to some degree or another, but turbo control systems and computers can use any number of approaches to help compensate for a boost leak.

If the leak is fairly small, your turbo wastegate — the exhaust bypass valve — can help to keep boost pressure in the green zone by increasing turbo rpm.

In cases like this, you may notice nothing more than a bit of lag upon acceleration and some extra turbo whine.

In more severe cases, the computer will respond to the rich condition by going into its failsafe “limp home” mode, which is designed to make the car nearly undriveable by dropping power and restricting rpm.

The boys were glad that Lipstick was at least driveable although at low speed and with very little power when accelerating.

Coober Pedy is a town in northern South Australia, 846 km north of Adelaide on the Stuart Highway. In the 2016 Census, there were 1,762 people in Coober Pedy….

The harsh summer desert temperatures mean that many residents prefer to live in caves bored into the hillsides (“dugouts“). A standard three-bedroom cave home with lounge, kitchen, and bathroom can be excavated out of the rock in the hillside for a similar price to building a house on the surface. However, dugouts remain at a constant temperature, while surface buildings need air conditioning, especially during the summer months, when temperatures often exceed 40 °C

Miners first moved in about 1916. By 1999, there were more than 250,000 mine shaft entrances in the area and a law discouraged large-scale mining by allowing each prospector a 15.3 mclaim.

Opal Mining seems to be all over, and warning signs advise to avoid falling into mine shafts.

However, when the boys arrived the lakes had no water and they could walk on the salty crust

Port Augusta is a small  city  in  South Australia. Formerly a  seaport, it is now a road traffic and  railway junction city mainly located on the east coast of the  Spencer Gulf  immediately south of the gulf’s head and about 322 kilometres  north of the state capital,  Adelaide..

Other major industries included, up until the mid-2010s, electricity generation. At June 2015, the estimated urban population was 14,214. 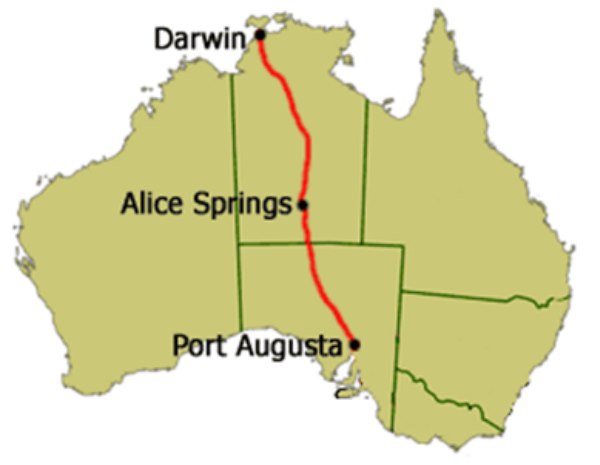 Port Augustamarks the end of “The Track”: from Darwin down south.

The boys headed straight to Northpoint Toyota in Augusta and were greeted by very friendly staff who immediately inspected Lipsticks problem regarding the loss of power and confirmed that the lower compression pipe had a small leak which explains the oil spills and the lack of performance from the Turbo charger. Unfortunately, they did not have the right hose to replace and would only get one from Melbourne in 3 days’ time but assured the boys that it would be safe to drive but of course with limited power and top speed.