What was meant to be a rest day in Shanghai turned out to be a no go.

After waking up the team saw Shanghai under pouring rain and after assessing the situation the boys decided that instead of spending a day indoors in Shanghai they would be better off in driving towards Beijing and making up an extra day. 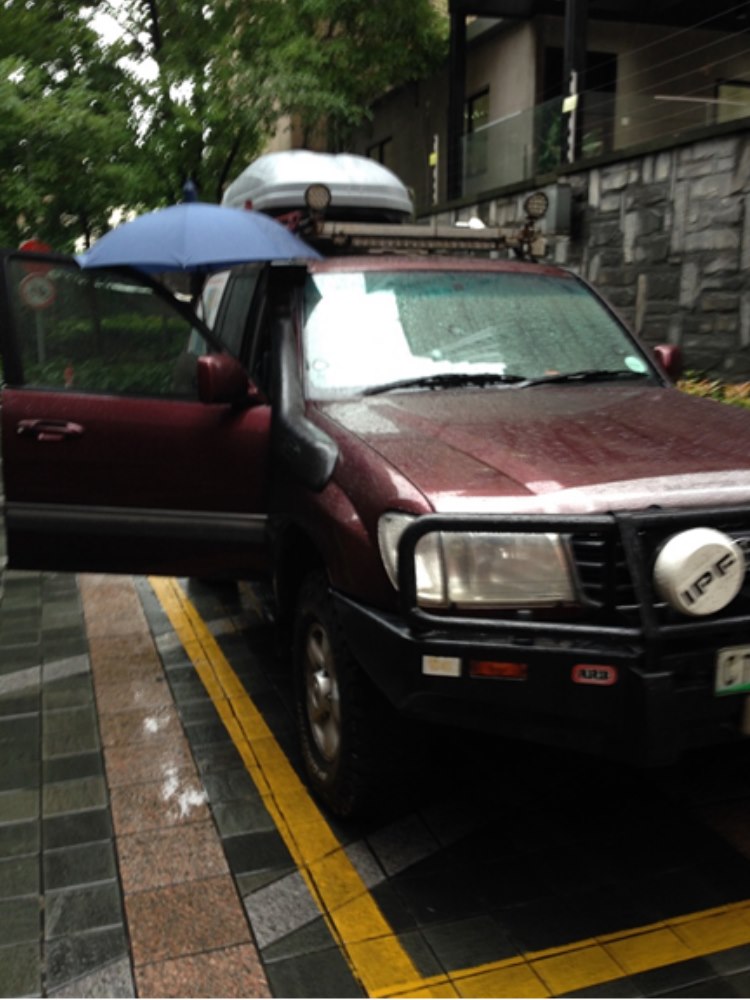 Lipstick getting a rainwater wash in Shanghai

So they called Andy and he also agreed that this would be the better option and Willy and Andre proceeded to first of all buy some umbrellas in a close by shop and have a quick breakfast before loading Lipstick again with their suitcases. 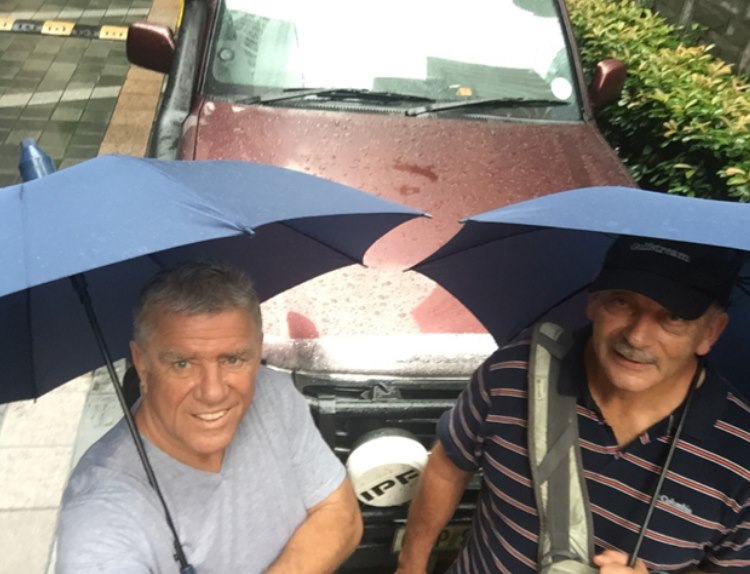 Its 34 degrees C but the heaven opened up in Shanghjai with non stop rain..

On starting the drive, they realised that the diesel tank was down to the red light and needed some filling. Consider being in the middle of Shanghai with streets above and underneath and find a petrol station – no easy task indeed!!

Eventually they found one only to be told that this station only sells petrol and NO diesel…. . however, the way to the next station which would sell diesel was explained to Andy and thirsty Lipstick went off through a few red lights and one way roads in the middle of this Chinese concrete jungle . Shanghai today have 25.364.291 people living in it (that’s at 11.25 am on the 22-6-2016).

With 3l of Diesel left a petrol station was found and the 150l tank was filled to capacity…. 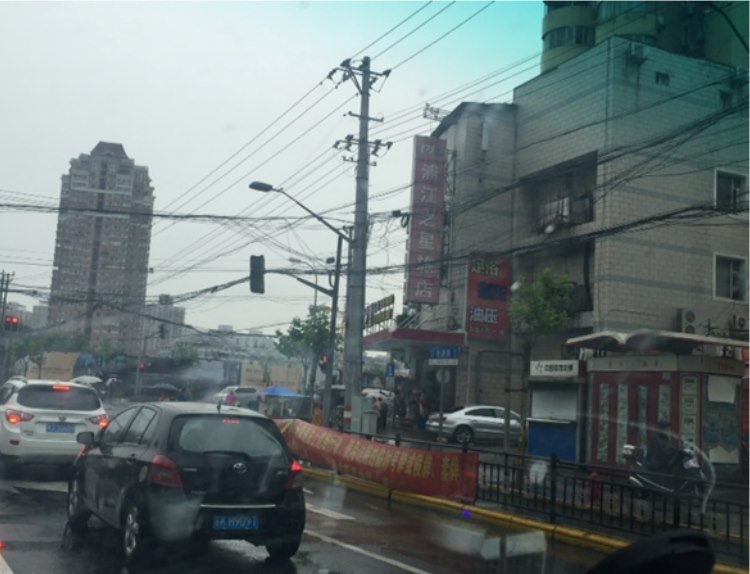 Can you see a petrol station ???

Now the great trek to get out of Shanghai took place and some 80 minutes later the team was well on their way to Qufu which is a bit more than half way to Beijing.

Qufu was chosen because it was the home of Confucius who most probably is one of the globally better known Chinese men.

The rain did not stop for most of the trip but cleared up in the late afternoon.

During their journey the boys crossed the Yangtze river which is the longest river in China flowing down some 6300 km to the Ocean and is regarded also as the
3rd longest river in the world.

A masterpiece of Chinese engineering – the bridge over the Yangtze river!

A very impressive bridge allowed the team to cross this massive stream of water which looked rather polluted.

Lipstick drove into Qufu just after 9pm and after checking into a place of rest Andre and Willy proceeded to find something to eat but the town was almost shut down. Eventually they made it to a Chinese chicken restaurant which was also about to close but unfortunately nobody spoke English. Showing at pictures they were eventually served with a small chicken burger and some chips and whilst Andre had a Coke Willy pointed to the picture clearly showing orange juice as his preferred cup of beverage.

Do you know the feeling when at first sip through the straw you expect some ice cold freshly pressed orang juice but instead you suck on a 110-degree hot orange tea…?

With Willy’s half burned tongue the boys went back to the hotel for a good night’s rest and were thankful fora bit of whiskey left in their reserves which was consumed on their balcony to end the day off….