After a good rest the team set off to reach Shanghai today and it took a bit of time to get through the early morning traffic and reaching the highway leading north.

On the subject of roads, it is worthwhile noting that so far the boys have not seen any single lane road- all the roads are minumum2 lanes going up to 4or 5 lanes in cases where heavy traffic congestion is expected.

Of course this is a huge difference to the roads the team experienced in Africa and the Congo roads are the worst they ever travelled.

The road along the sea – which could be seen every now and then was very scenic and the outside temperatures reached 42 degrees – great to have Lipstick’s air conditioner running at full speed…. 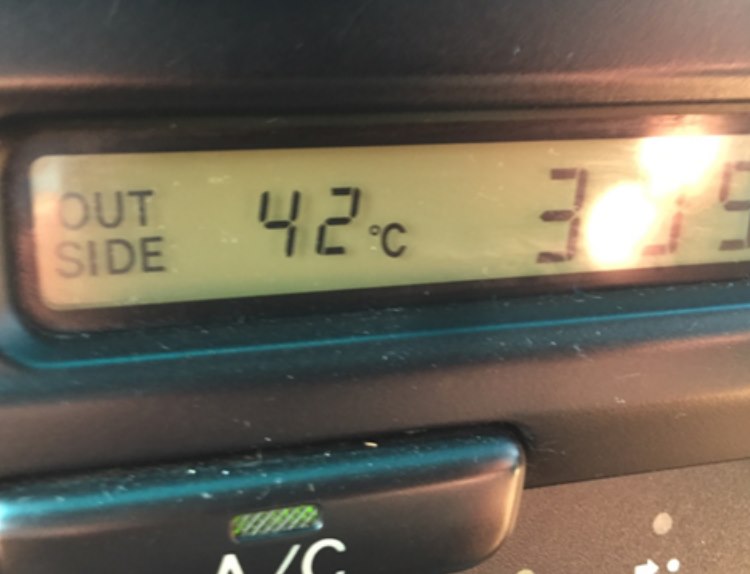 Extreme temperature outside the airconditioned Lipstick

About half way up it was decided to turn inland and choosing the seemingly closest connection to Hangzhou. Despite the double lane roads this caused the team to drive a bit slower as heavy traffic occurred and the area was very mountainous. 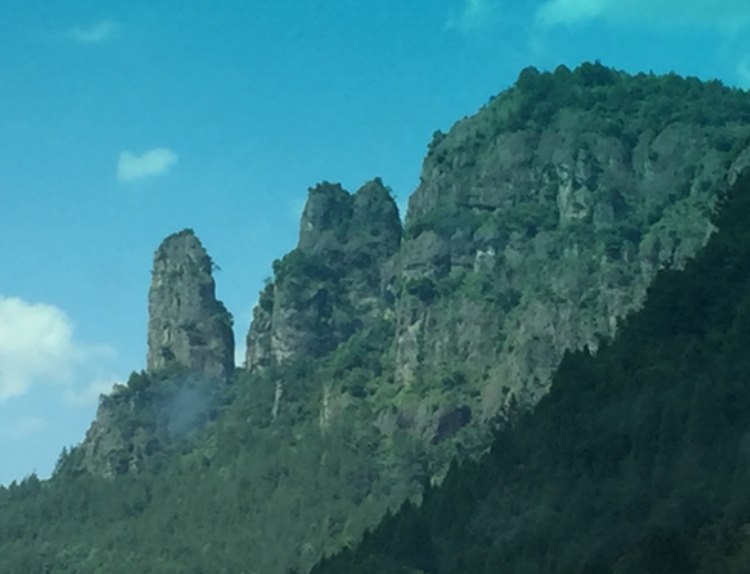 The Chinese did an excellent job in building many tunnels – the longest of them being 16.2 km long and a total of 43 tunnels where counted before the outskirts of Hangzhou were reached. 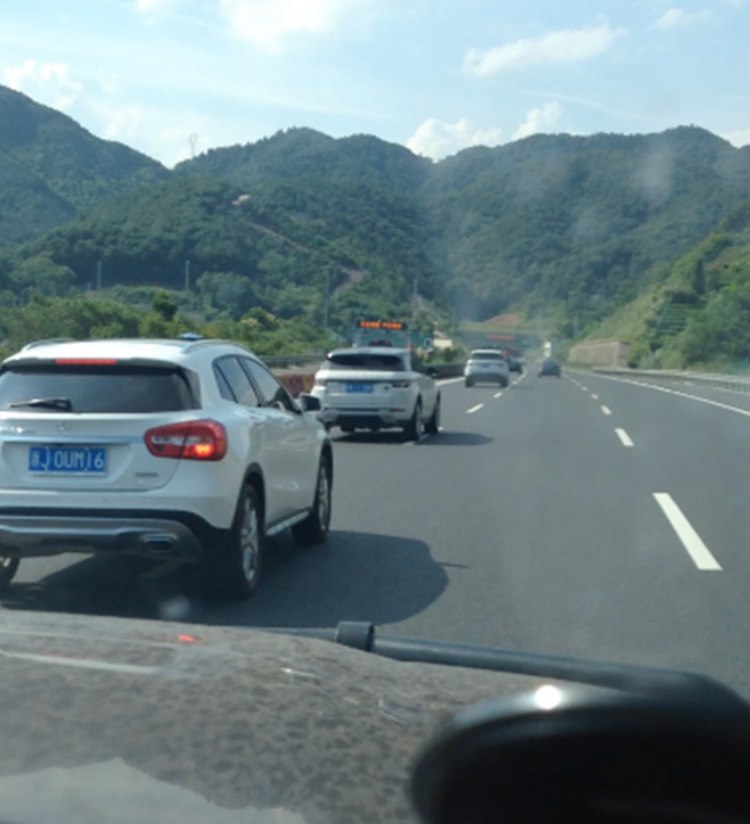 Conquering mountains on the way to Hangzhou

The long drive was used by Andre to stretch in neck muscles and he mentioned that this must be done with closed eyes in order to be most effective…. 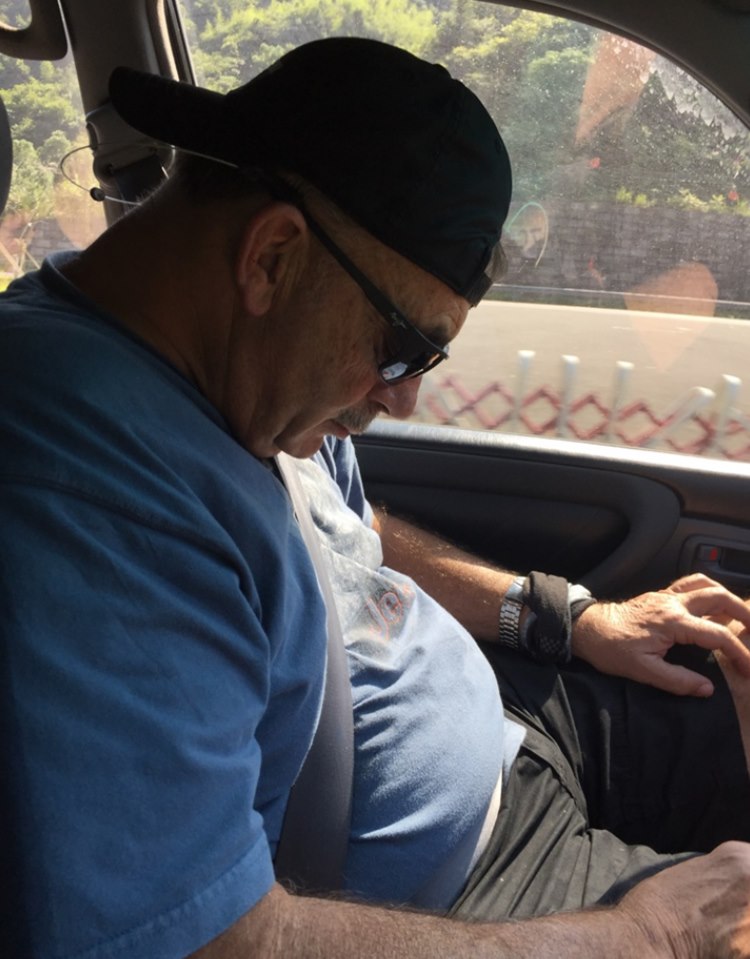 Marco Polo supposedly visited Hangzhou in the late 13th century. In his book, he records that the city was “greater than any in the world”. Hangzhou is therefor believed to be the start (or the end depending from which direction you think) of the Silk road.

In our times Hangzhou is known as hosting the 2022 Asian games and in September 2016 the G20 nations will gather here to discuss world politics.

A great attraction in Hangzhou is the West Lake which is a huge fresh water lake and there are many temples, pagodas and artificial islands to be seen. The most beautiful gardens adjoin the shores of the lake giving it a beautiful “Parkside atmosphere”. Recently it was made a UNESCO World heritage side>

They also climbed up to one of the many Pagodas to be seen in this area from where they had a beautiful view of the lake and the city of Hangzhou in the background. 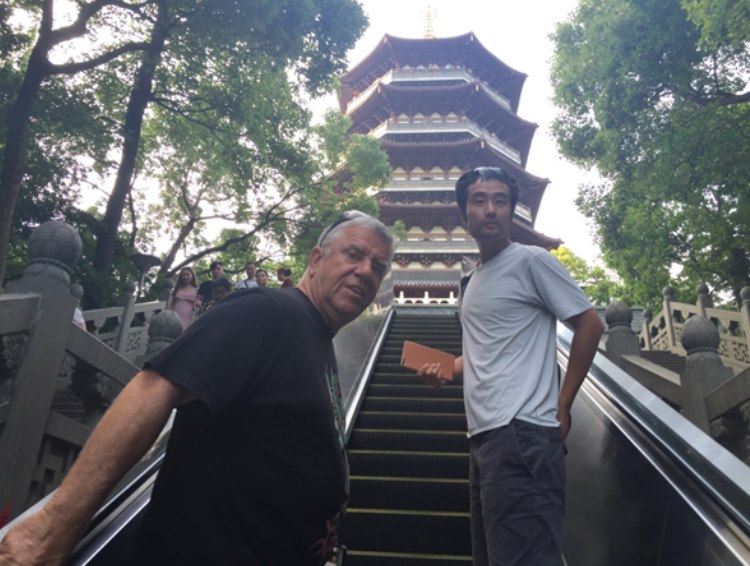 Willy and Andy of the way up to the Leifing Pagoda 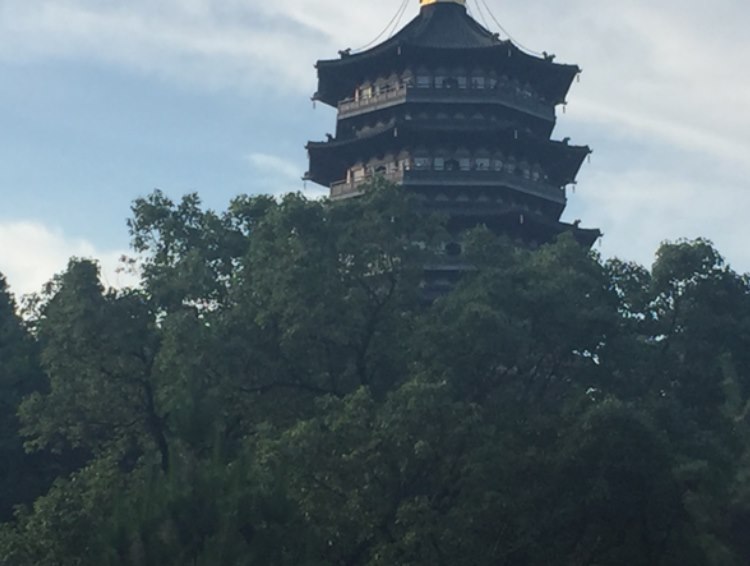 The Leifeng Pagoda is famous because of the legend of the White Snake which is one of the most famous folktales in China.

After this nice stop over it was decided to go and get to Shanghai still today in an other attempt to make up time lost in Shenzhen. Although Shanghai is only 180 km away from Hangzhou it neverthelesstook the boys 3 hours to reach their pre-booked hotel in the centre of the City.

The traffic into the city was extremely heavy and in continuous stop – go mode and as the night set in the team admired the skyscrapers which were beautifully lit up in various colours.

Another great day was had and beautiful country sides were seen from the sights of the oceans through the mountains when going inland….

Andre and Willy sucking in a bit of Chinese history…