After breakfast, the guys proceeded to see the probably most famous piece of Panama-

The Panama Canal ) is an artificial 77 km  waterway in Panama that connects the Atlantic Ocean with the Pacific Ocean. The canal cuts across the Isthmus of Panama and is a key conduit for international maritime trade. There are locks at each end to lift ships up to Gatun Lake, an artificial lake created to reduce the amount of excavation work required for the canal, 26 m (above sea level, and then lower the ships at the other end. The original locks are 34 m wide. A third, wider lane of locks was constructed between September 2007 and May 2016. The expanded canal began commercial operation on June 26, 2016. The new locks allow transit of larger, Post-Panamax ships, capable of handling more cargo

France began work on the canal in 1881 but stopped due to engineering problems and a high worker mortality rate. The United States took over the project in 1904 and opened the canal on August 15, 1914. One of the largest and most difficult engineering projects ever undertaken, the Panama Canal shortcut greatly reduced the time for ships to travel between the Atlantic and Pacific Oceans, enabling them to avoid the lengthy, hazardous Cape Horn route around the southernmost tip of South America via the Drake Passage or Strait of Magellan.

Colombia, France, and later the United States controlled the territory surrounding the canal during construction. The U.S. continued to control the canal and surrounding Panama Canal Zone until the 1977 Torrijos–Carter Treaties provided for handover to Panama. After a period of joint American–Panamanian control, in 1999 the canal was taken over by the Panamanian government and is now managed and operated by the government-owned Panama Canal Authority.

There is a nice viewing platform right opposite the “locks” on the pacific site . The channels where the boats get risen up to the level of the “Gatum Lake” in the interior of Panama are referred to as “Locks” The boats come from the pacific and through a few “Locks” the now need to be lifted 26 m up because the water level of the Gatum Lake is 26m above the level of the Pacific Ocean or the Atlantic Ocean. So once the boats have been risen to the lake level they can proceed to pass through Panama sailing on the lake and then on the other side they will be lowered again to adjust to sea level. 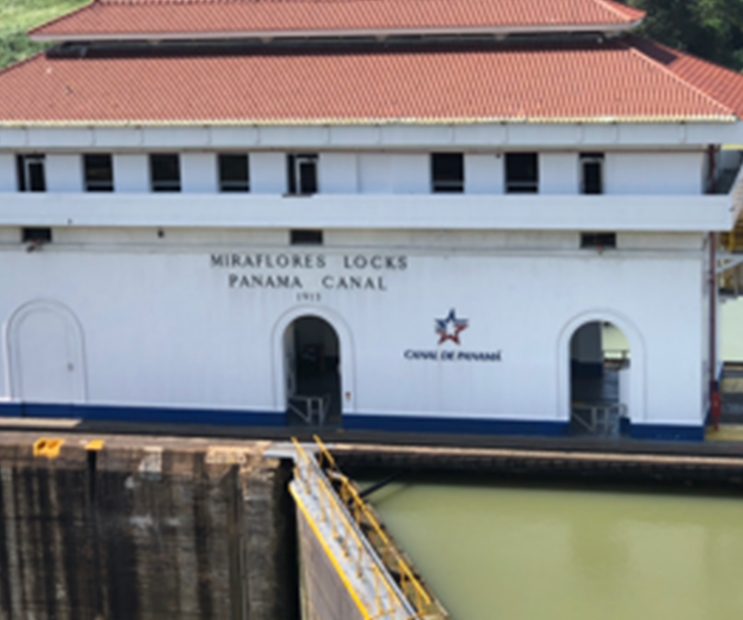 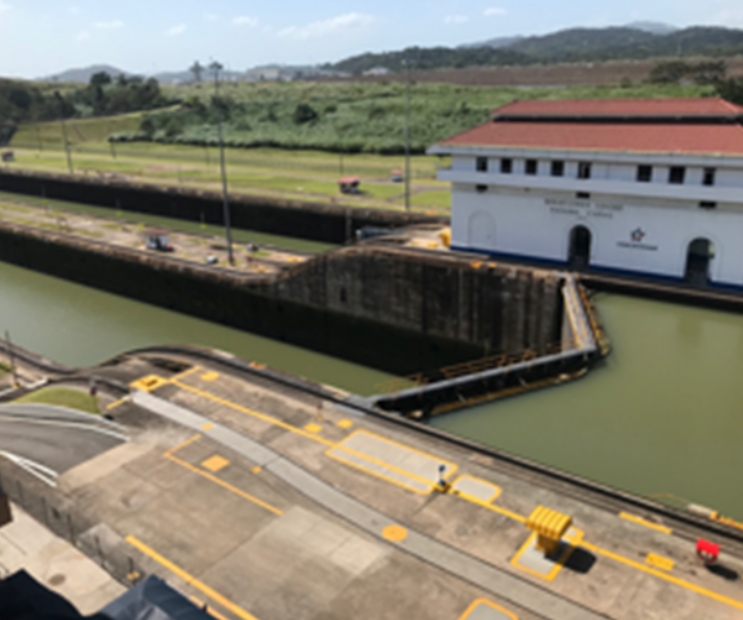 There is never ending talk of a similar Canal to be built in Nicaraguain opposition to the Panama Canal and during various times announcements were made that the work for such a Canal has started .

On December 22, 2014, Monday, the China-backed canal announced construction started in Rivas, Nicaragua. HKND Group Chairman Wang Jing spoke during the starting ceremony of the first works of the Interoceanic Grand Canal in Brito town. Construction of the new waterway will be run by HKND Group—Hong Kong-based HK Nicaragua Canal Development Investment Co Ltd., which is controlled by Wang Jing.

On April 3, 2016, Suzanne Daley, writing in the New York Times, reported that progress on the project seemed stalled. She reported that cows were still browsing for grass in the field where Wang held his ground-breaking. She reported that Wang had financial setbacks unrelated to the Nicaragua project, and that he had lost eighty percent of his net worth.